A critical shortage of trained surgeons in sub-Saharan nations has led to a tragically high death rate in cervical cancer patients. 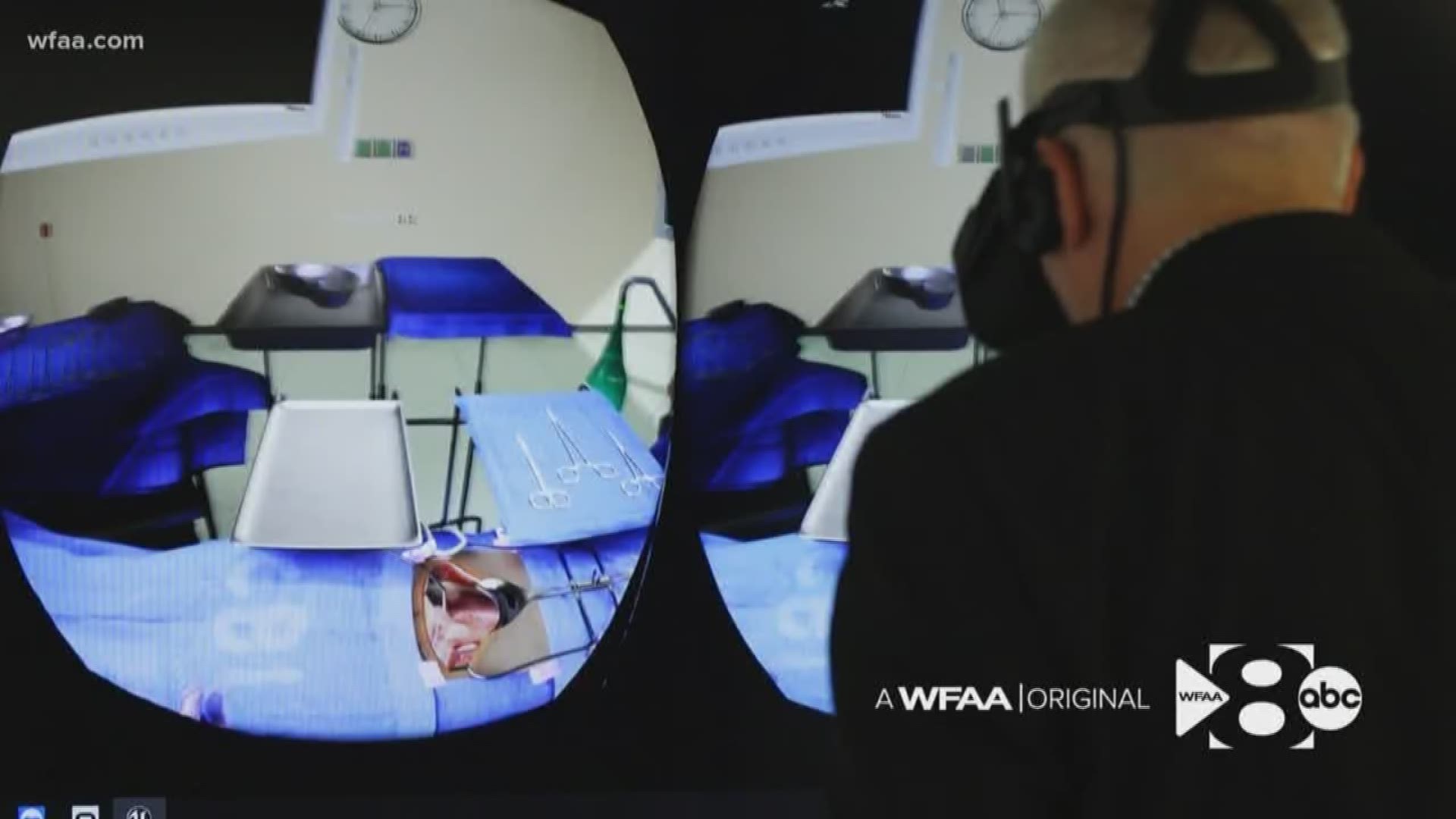 DALLAS — If your perception of video games is that they are heavier on entertainment value than educational value, prepare to change your view.

WFAA took an immersive trip into an operating room on the other side of the world without ever leaving Dallas. The technology used to do it could save women’s lives in Africa.

The demo took place on the campus of Southern Methodist University, where the virtual reality gaming program was developed.

“This type of technology can have a huge impact on people’s lives,” said Tony Cuevas, assistant dean for technology and innovation at SMU’s Simmons School of Education.

Cuevas was recruited to work on the project when Dr. Eric Bing, professor of global health at SMU, became passionate about saving women diagnosed with cervical cancer on every corner of the globe.

According to the World Cancer Research Fund, of the top 20 countries with the highest rates of cervical cancer, 19 are in Africa. The only outlier is the South American nation of Bolivia.

Awareness of the disease has grown in Africa, which has led to more diagnoses, but Africa lacks an adequate number of surgeons who can perform hysterectomies, which can save these patient’s lives.

Women are forced to wait months for surgery, which means tumors can grow and cancers can spread. Sometimes women die from a treatable, preventable disease while they wait.

“We know virtual reality has been used for decades to train surgeons to learn different procedures, and it’s been effective,” Bing said.

Virtual reality technology used to seem too expensive to train surgeons in a developing country, but that’s not the case anymore.

Cuevas and Bing went to Zambia, and the virtual operating room they designed looks identical to the one they visited.

The gaming technology was designed to test the accuracy and speed of surgeons in training in Africa. The program is now in use in Zambia and Bing and Cuevas are tracking results. They say the skill, speed and accuracy of surgeons improve after just six 20-minute sessions.

Surgeons use the technology before they step into real surgeries and train under mentors.

“Using virtual reality helps immerse people so they can actually practice in a non-threatening and simple way that doesn’t hurt anybody so that when they get into the real situation they can learn quicker," Bing said.

“It also forces them to go back to the books and say, ‘I didn’t really understand this when I was in the virtual world, so let me see if I can understand it,'" he continued. "That way when they get into their real world, they are better prepared.”

It is a potential solution for a global problem, to which Bing regrets that he has a very personal connection.

“My mother was diagnosed with cervical cancer, and she was going to surgeons just like the ones I am training, and they couldn’t save her,” he said. “And I thought if here in the U.S. we’re losing sometimes, what about the developing world?”

Using technology to save women's lives could be Bing's legacy.

But having the compassion and resolve to stay the course – that’s a legacy he and his mother share.