'I didn’t say that': Sheriff Waybourn tells his side amid calls for his resignation

The Tarrant County sheriff says his comments about undocumented immigrants were taken out of context. But as of Friday, LULAC was still calling for his resignation. 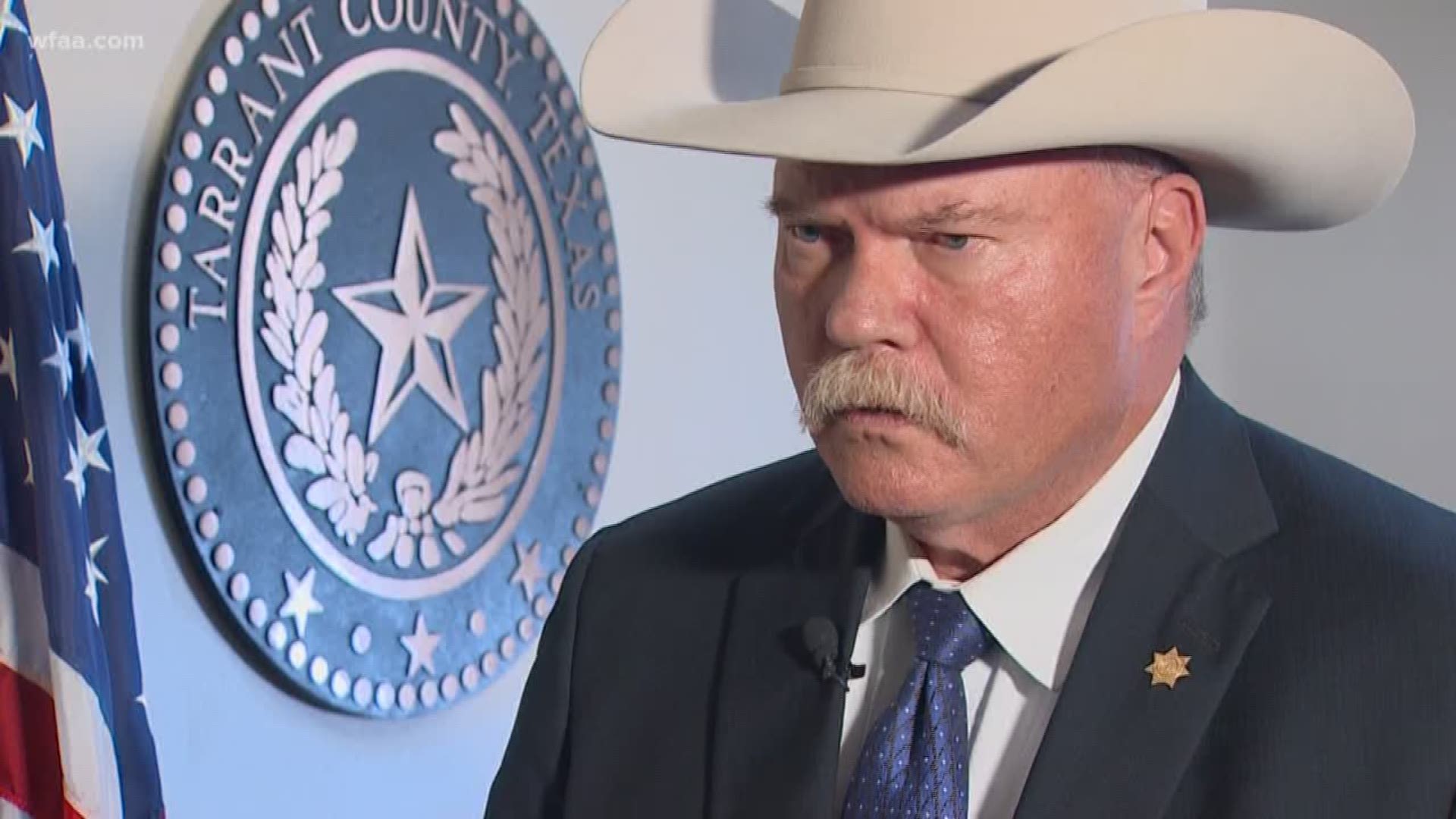 Tarrant County Sheriff Bill Waybourn says comments he made about undocumented immigrants were taken out of context amid calls for his resignation.

Waybourn spoke at a press conference with the acting director of Immigration and Customs Enforcement in Washington, D.C., Thursday. There, he criticized a California judge’s ruling that Waybourn says would release undocumented immigrants in the Tarrant County Jail back on the streets. He specifically mentioned those charged with DWI.

“If we have to turn them loose or they get released, they’re coming back to your neighborhood and my neighborhood,” Waybourn said. “Those drunks will run over your children and they will run over my children.”

RELATED: Tarrant County sheriff faces backlash for comments made about undocumented immigrants in his jail

The comments led Domingo Garcia, national LULAC president, to join others on social media calling for his resignation.

“He needs to apologize and take those words back,” Garcia said.  “When he accuses undocumented immigrants of being drunks who are going to run over your kids and his kids, it follows a dangerous rhetoric.”

The sheriff said calls for his resignation stemmed from coverage in the Texas Tribune, which initially made it seem the sheriff was referring to all migrants as drunks.

The article has since been corrected with an explanation to readers.

“An earlier version of this story mischaracterized the sheriff’s statements,” the explanation reads. 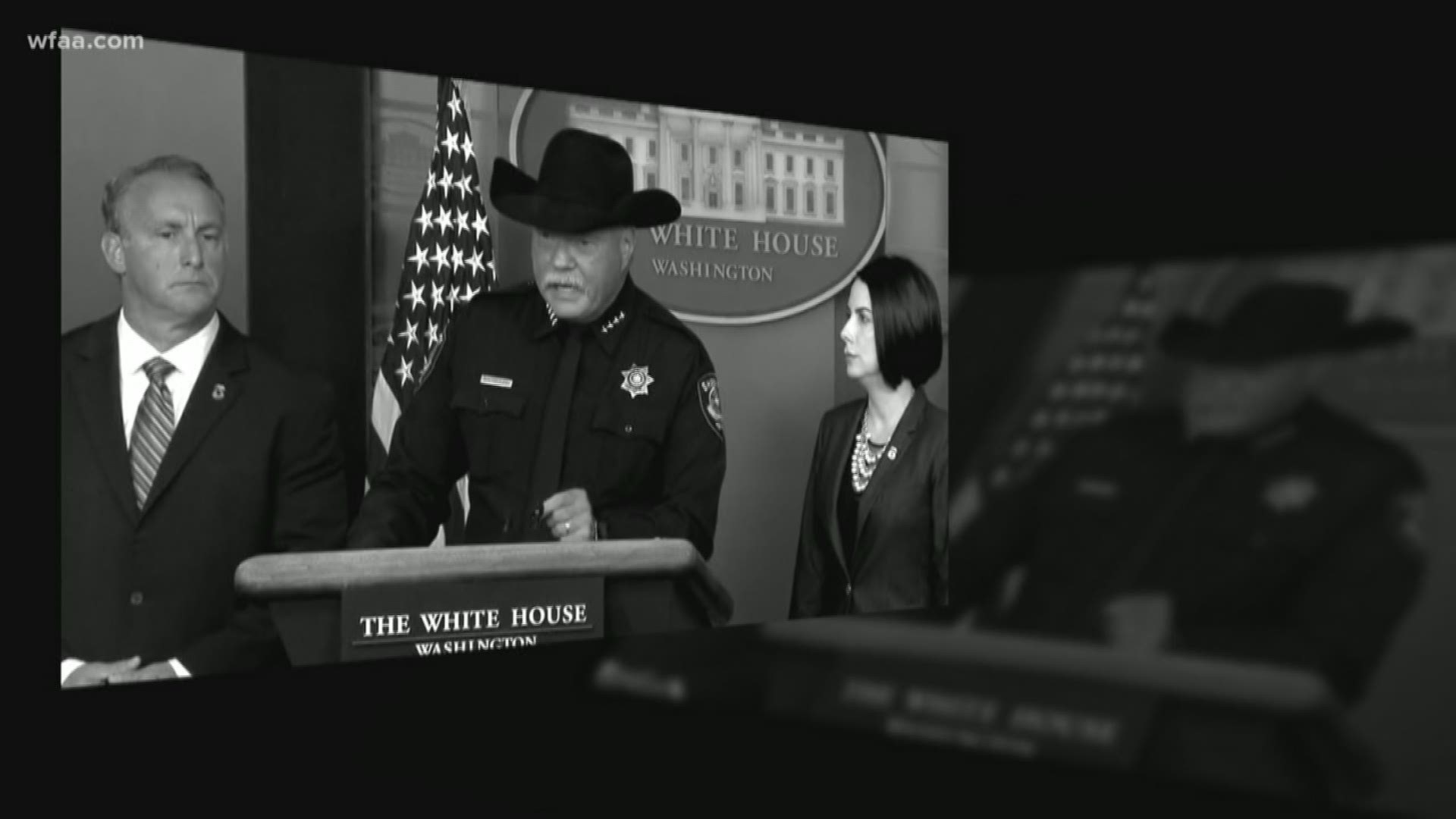 As of Friday evening LULAC has not retreated from its call for the sheriff's resignation.

Ramon Romero Jr., State Representative for District 90, says Waybourn's actions speak louder than words. Romero says his appearance in Washington D.C. with the acting ICE director and past statements are indicative of his stance on immigration.

"He makes these kinds of comments on a regular basis. This isn't something new. He just did it on such a big stage he couldn't get away with it. He should resign for his policies. He shouldn't resign for his mouth because that's not going to change," said Romero.

Waybourn said he understands the backlash, but says it’s unwarranted.

“If you see the headline that says, ‘Bill Waybourn said all immigrants are drunks,’ that’s awful…but I didn’t say that,” Waybourn tells WFAA.

Waybourn said it was never his intent to insinuate all undocumented immigrants are drunks.

“I was referring to the repeat offenders that are in our jail,” Waybourn said. “That goes for any repeat drunk offender that they’re likely to repeat it again.”

Waybourn tells WFAA he does not plan to resign.

“We made a mistake, no question about it, and we corrected it as soon as we recognized it,” said Emily Ramshaw, editor-in-chief. "We regret the error."