Over the first eight years of his life, Christopher Bowen was subjected to 323 hospital visits and 13 surgeries. Today, he's an active, healthy 10-year-old boy. 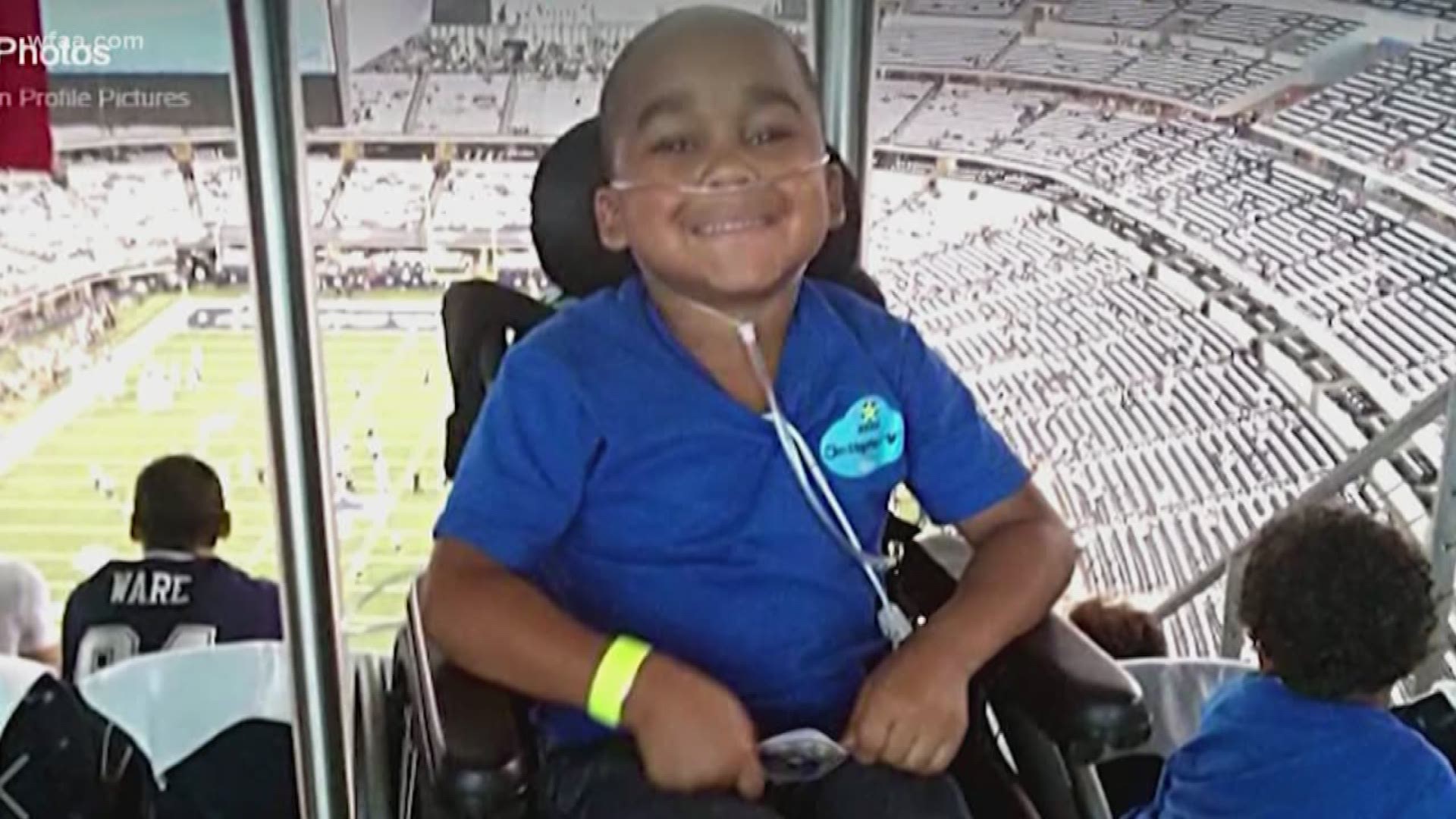 Updated at 5:30 p.m. with details and quotes from the sentencing.

A mother who investigators say subjected her son to more than 320 hospital visits and 13 surgeries over the first eight years of his life was sentenced to six years in prison by a judge on Friday.

Kaylene Bowen-Wright previously pleaded guilty to injury to a child. Investigators say it was a case of Munchausen by proxy, where a caregiver exaggerates an injury or illness in order to obtain medical care.

Christopher Bowen is now 10 years old and is a healthy and athletic little boy, his father, Ryan Crawford, testified. He now has full custody of the child.

“There was justice for my son,” Crawford said on Friday after the sentencing. “It’s difficult to have to go home and tell him that his mother is going to prison, but his safety is what’s most important.”

Crawford testified for more than an hour at the hearing, saying Christopher is an avid soccer player and swimmer who has not been sick since Child Protective Services removed him from his mother’s custody in 2017.

From the time he was born in 2009 until 2017, Christopher was on a feeding tube. At times he was using a wheelchair.

Prosecutors presented evidence showing Bowen-Wright posted multiple times on Facebook that her son had cancer and was not expected to live. Crawford testified that Bowen-Wright told him Christopher had muscular dystrophy. 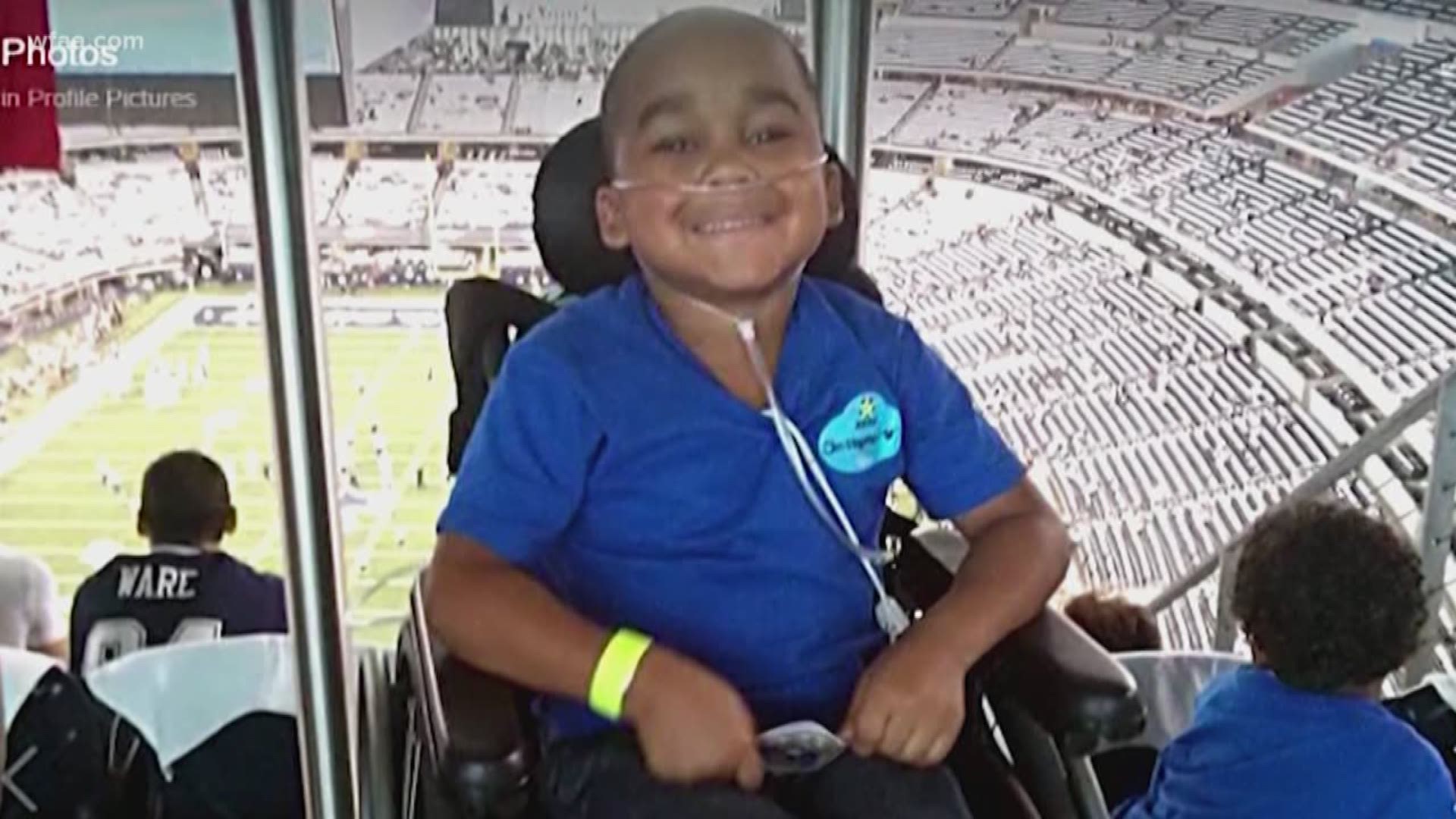 Suzanne Dakil, a child abuse pediatrician at Children’s Medical Center in Dallas, is the doctor who initiated the CPS complaint that led to Bowen-Wright losing custody of her children and, ultimately, criminal charges against her.

Dakil said Bowen-Wright would “doctor shop,” going from Children’s Medical Center to Medical City – both in Dallas – and then to Texas Children’s in Houston.

Doctors could not find anything medically wrong with Christopher that validated Bowen-Wright’s descriptions of what he was going through at home:  extreme fatigue, seizures, and an inability to eat.

Extensive tests and surgical procedures put the child at risk, Dakil said. At times he developed sepsis, a bacterial infection, from the feeding tubes he was on. The infections put his life at risk and landed him in ICU.

“He was very ill from something that wasn’t necessary,” prosecutor Jennifer Sawyer said. “Yes,” said Dakil.

After CPS removed him from his mother’s care, Dakil had Christopher hospitalized for about a week so they could evaluate his health.

He immediately began eating normally, Dakil said, adding that he was active and didn’t need oxygen or a wheelchair.

Since that time, Crawford said his son has only had routine checkups with doctors, all of which returned normal results.

Dakil said doctors are trained to trust what a caregiver tells them, and that it’s difficult to detect whether a parent is lying.

“If a mom comes in and says, ‘I’m seeing this, this is what’s happening to my child, I don’t know what to do,’ our natural instinct is to try to find an answer,” she said. “To say, ‘No, you’re lying.’ seems harsh. And, what if you’re wrong?”

“Ultimately, she has time to think about what she’s done,” Crawford said.