Sheriff Bill E. Waybourn made the comments while speaking at the White House during an ICE press conference on Thursday. 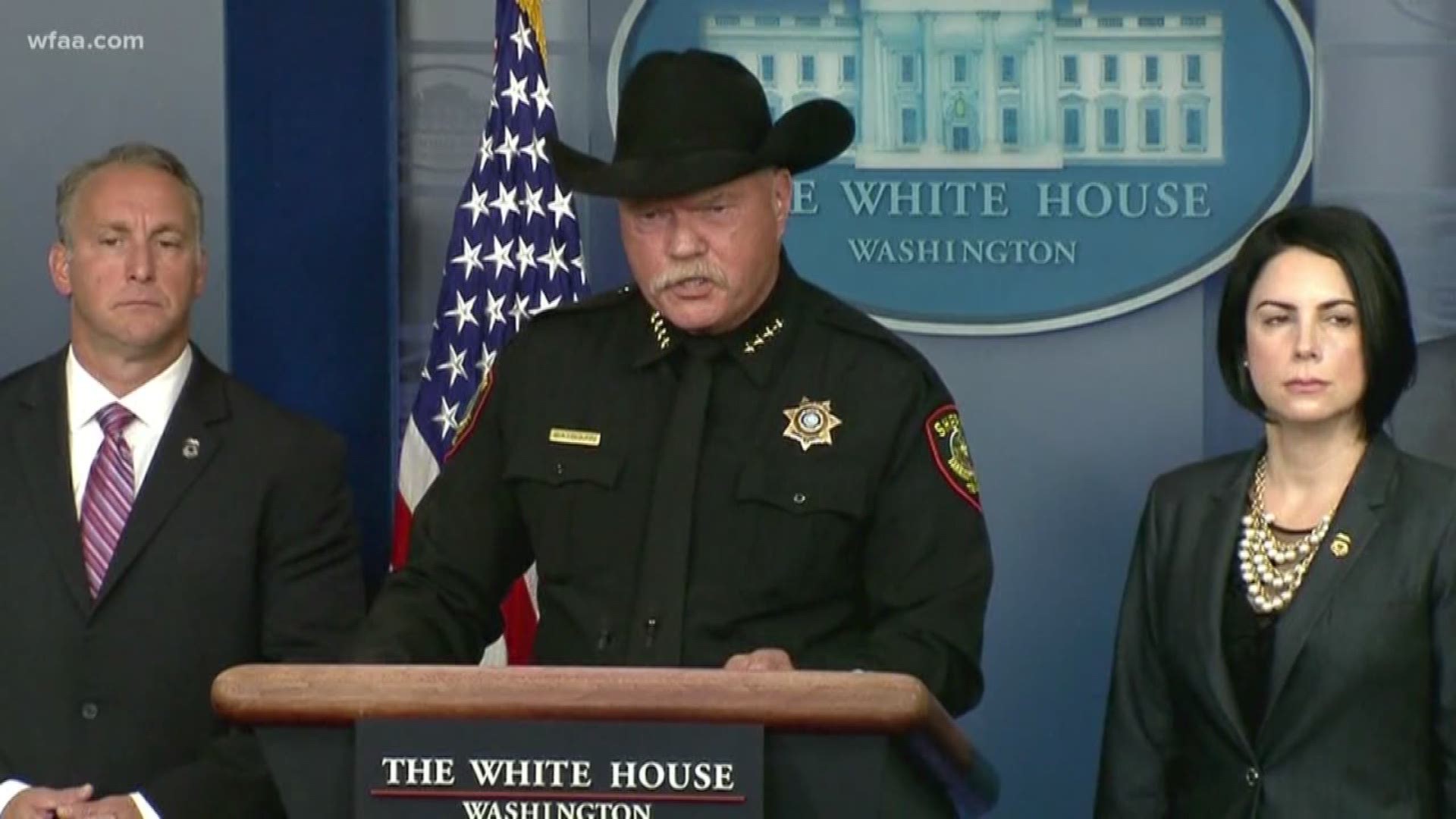 FORT WORTH, Texas — At the White House Thursday morning, Tarrant County Sheriff Bill E. Waybourn joined the acting ICE director at a press conference and stood at the podium, giving his take of undocumented immigrants in his jail.

But it's what he said next about undocumented immigrants in jail for DWIs that got some people incensed.

"Of those people that we have in custody, we know for a fact that 72% of them are repeat offenders," Waybourn said. "So if we have to turn them loose or they get released, they're coming back to your neighborhood and my neighborhood. These drunks will run over your children and they will run over my children."

"He needs to apologize and take those words back," said Domingo Garcia, national director for LULAC, the League of United Latin American Citizens.

Garcia called for Waybourn to resign.

"He accuses undocumented immigrants of being drunks who are going to run over your kids and his kids," Garcia said. "It follows a dangerous rhetoric."

Jennifer de Haro, managing attorney at the Refugee and Immigrant Center for Education and Legal Services (RAICES), says she's disappointed in Waybourn's words, but not surprised.

"The truth of the matter is these types of statements just further the belief that immigrants are criminals, and that has shown to not be true in fact," she said.

We asked David McLelland, the sheriff's chief of staff, if the sheriff stood by his comments.

"Yeah, the sheriff stands by his comments that he made," he said "A lot of them are being taken out of context."

McLelland said the sheriff wasn't referring to immigrants as a whole, but rather undocumented immigrants in jail for DWI. Of the 350 people currently in jail for DWI, around 60 have immigration holds, according to percentage estimates McLelland gave WFAA.

"We’re getting multiple phone calls from both sides," he said. "It’s a hot button issue and we accept that."