'It's a race against time': Rare chronic pain condition doesn't stop this woman from running marathons

Juanita Cano has CRPS and lives every day in some kind of pain. That's not keeping her from training for every race she can find. 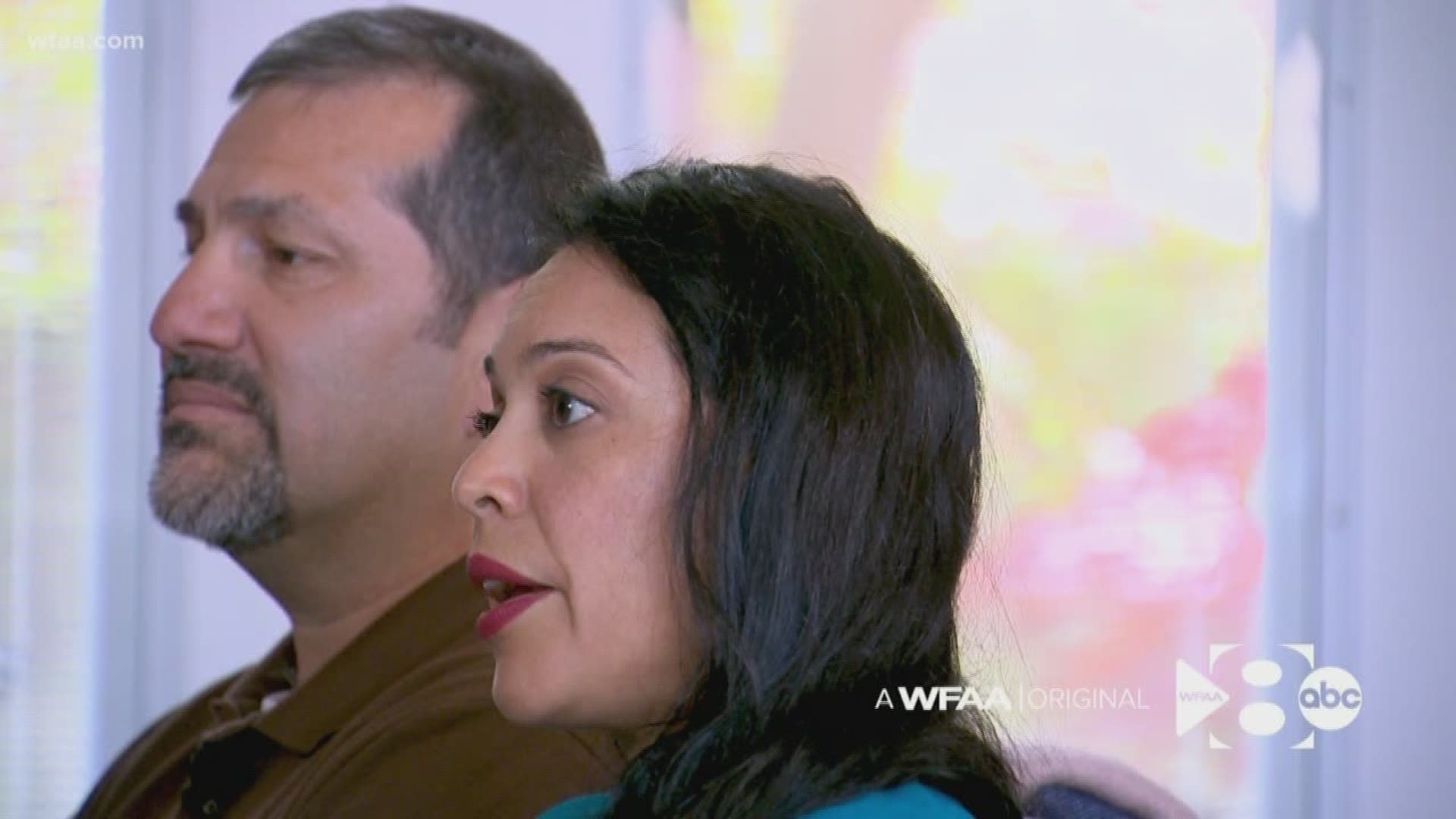 DALLAS — Juanita Cano lives every day in some kind of pain. On a pain scale of 1-10, she said she averages between a 5 to an 8 on most days.

That's what living with Complex Regional Pain Syndrome (CRPS) is like. It's a mysterious chronic pain condition, where her brain is constantly being sent pain signals. She was first diagnosed at 27.

"It was like my whole world as I knew it was gone. This disease robs you of your life," Cano said.

Doctors said it's very possible one day Cano will not have use of her legs. But it will not rob her of spirit. Instead, she's been running every marathon she can schedule.

"It's a race against time," she said. Her husband Lalo and doctors have told her to slow down. She's done the absolute opposite.

Cano said she knows there will be a time when she may not have use of her legs. So far, she's done 33 races in just 15 months. That's an impressive feat even for a healthy person.

That doesn't mean it's not difficult. Cano spends every day just managing pain. She does monthly rounds of non-traditional treatments like acupuncture and cupping.

"You're kinda grasping at straws trying to find something," she said.

The fight against CRPS feels like a fight on all fronts. Cano eats a very strict diet to limit the inflammation.

"It literally feels like your legs are on fire. It's this burning sensation that never stops," she said.

The CRPS also often makes Cano's nights very difficult. When WFAA met up with the Canos one night, Juanita was in physical agony.

"I get to see the behind the scenes. The curtain drops you know..." Lalo said.

The only thing that helps is the light leg massages by her husband and the round of electric stimulation that helps desensitize her legs and nerves. The way she describes it, every pulse feels like she's being stabbed.

CRPS has no cure. It is still a mystery to doctors. When Cano may lose her mobility is also a mystery. But she won't be sitting around waiting for the syndrome to take over.

Instead, she offers this prayer every day: