Rae-Leigh Bradbury was 8 weeks old when she was taken by her babysitter twenty years ago. It was the first time an Amber Alert was successful in the country. 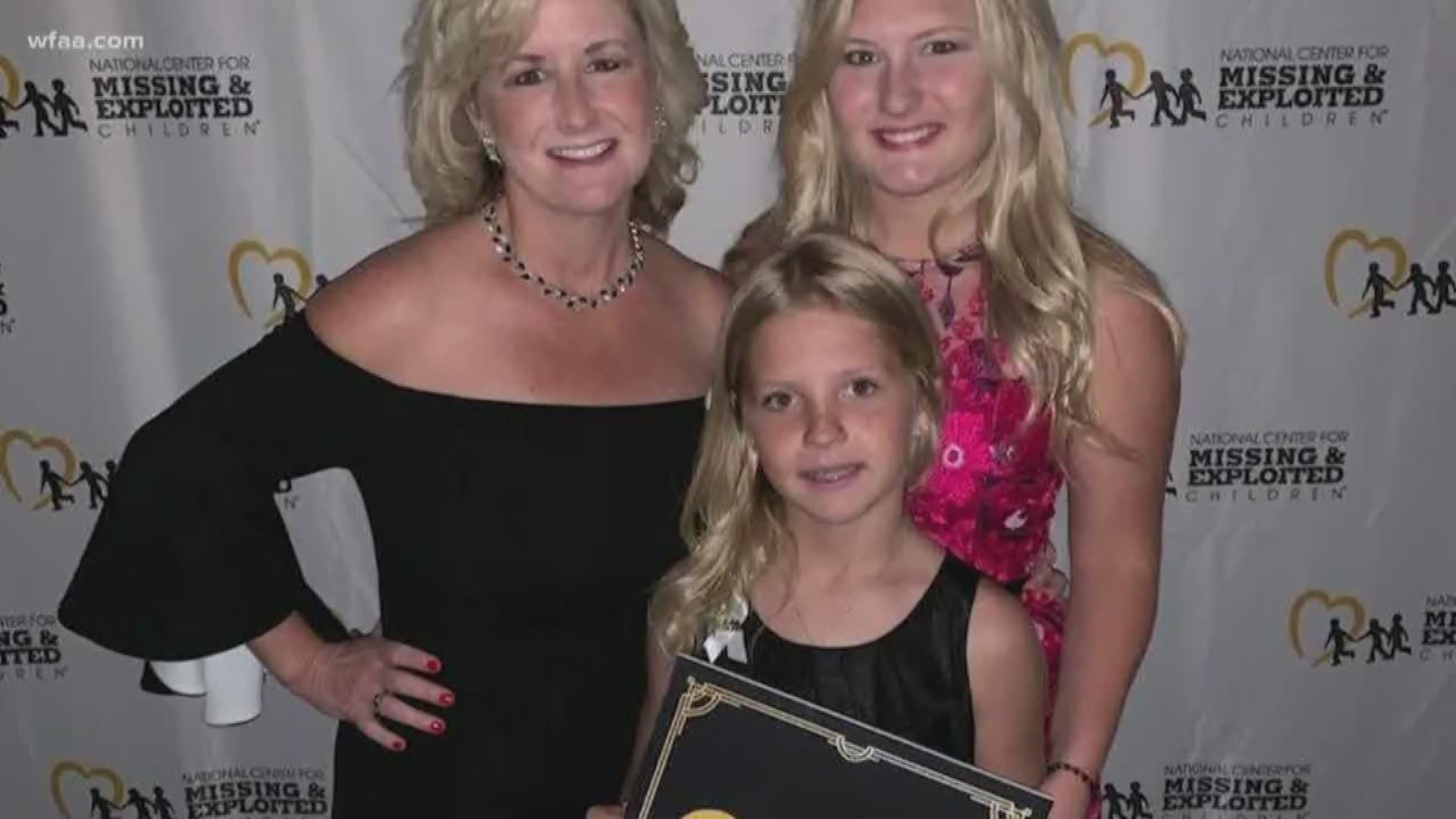 ARLINGTON, Texas — Rae-Leigh Bradbury knows Monday's going-away party is going to be hard on her mom. Bradbury, a University of Texas student, is set to travel to East Asia for a college trip for eight weeks. Ironically, Bradbury was eight weeks old when she was abducted by her babysitter 20 years ago.

"That was the hardest 13 hours of my life ever, " said her mother Patricia A. Sokolowski.

Sokolowski vividly remembers the FBI and police officers coming in and out of her home when her daughter went missing. During that time, Amber Alerts had only been in existence for two years. The emergency response system that disseminates information about a missing child started with the disappearance of Amber Hagerman from the DFW area.

"They come to me at about midnight and said 'we're going to activate an Amber Alert. We haven't used it, it's the first time. We want it to work,'" she recalled the detective saying.

The alert did work. According to the National Center for Missing and Exploited Children it was the first time an Amber Alert had worked. Bradbury was found 13 hours later, unharmed. The babysitter ended up serving ten years in jail.

Saturday night in Washington D.C, Bradbury was given the Hope Award by the National Center for Missing and Exploited Children. That same night in her hometown, 8-year-old Salem Sabatka was taken by a stranger and luckily later found.

"There are kids right now not knowing where their parents are. I just can't imagine...'where's my mom? Where's my dad?'" Bradbury said.

Bradbury is excited for an internship in Austin working with the National Center because she says she is living proof the alert works.

"It makes me angry that people feel like they can violate your world," Sokolowski said.

Bradbury considers herself one of the lucky ones. She says that's what inspires her to do work with the center.