Never take a flight too soon after scuba diving: It's one lesson a Frisco man learned the hard way

Minhaj Qidwai broke one of the most important rules about scuba diving: taking a flight too soon after. It resulted in him getting severely sick on the plane. 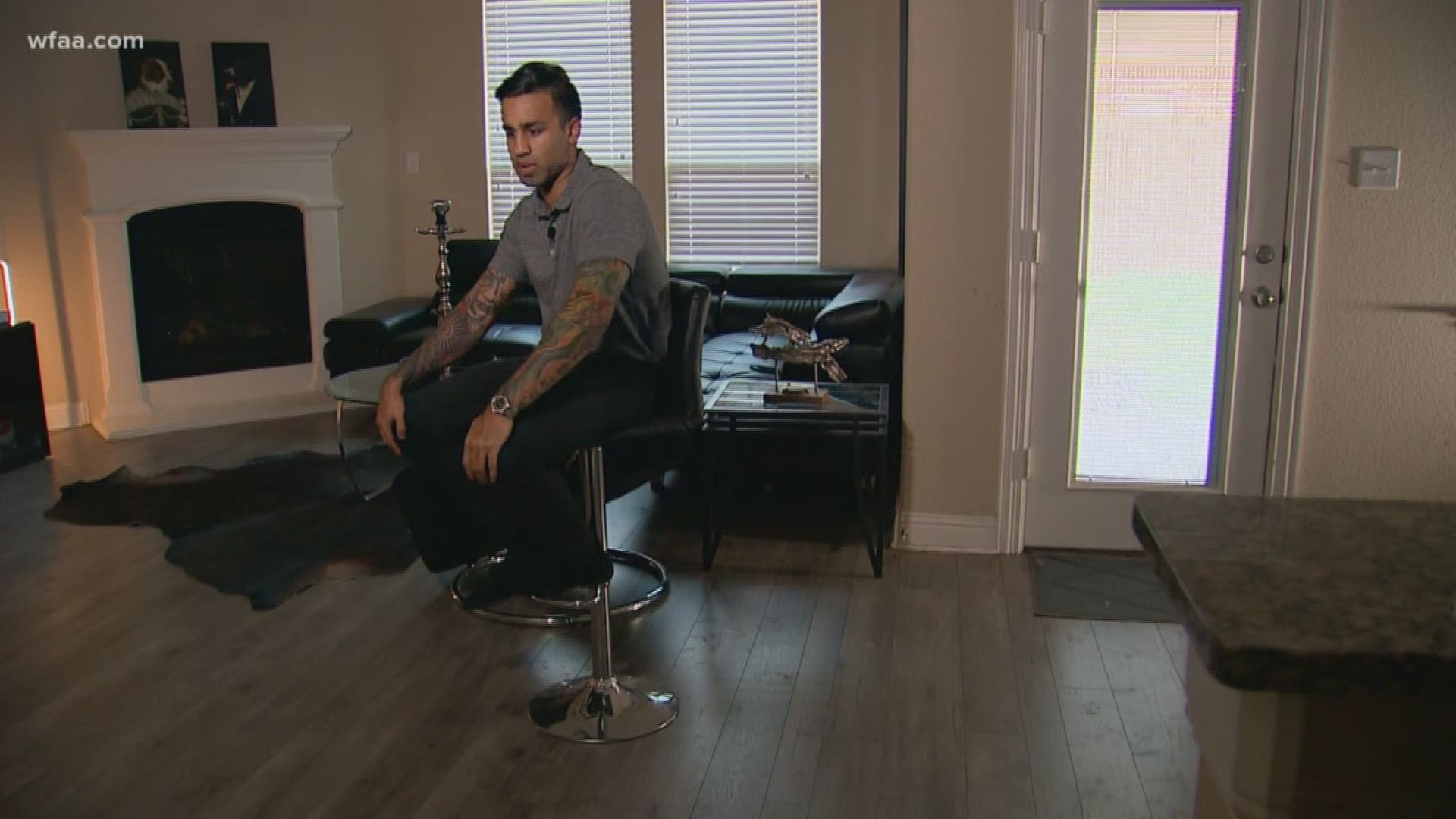 FRISCO, Texas — Minhaj Qidwai, of Frisco, spent six months preparing for his next vacation to Bali. He was so excited to finally go scuba diving.

"I'm not a crazy adrenaline junkie but I do like randomly going on some type of adventure," Qidwai said.

But his trip deep diving off the shores of Bali was memorable for the wrong reasons. Diving deep ocean depths to going sky-high on an airplane in such a short time gave him decompression sickness.

"As soon as we reached that altitude that's when it crashed and it just hit me," he said.

Qidwai had to take two flights to get back home to Frisco. The first shorter flight he said he felt fine. But he said on the second 13-hour flight from Korea to the Dallas/Fort Worth International Airport he was in the worst physical pain.

"My joints started hurting – my elbows, my knees, everything started aching," he said.

Dr. Derek Culnan, with Medical City Plano, was part of the team that treated Minhaj. He says decompression sickness is when high levels of nitrogen gases enter the tissues. The doctor likens it to opening up a shaken bottle of soda.

"Instead of you slowly letting that lid off and those bubbles slowly come out it'll explode out and sort of like the soda pouring all over the place, those bubbles will accrue in your tissues," Dr. Culnan said.

Those bubbles block the blood vessels and restrict blood flow. Untreated decompression sickness or bends can be fatal.

Qidwai crumpled to the floor at D/FW Airport. His family rushed him to Medical City Frisco. Doctors quickly diagnosed him with bends and he was then taken to Medical City Plano, where there's a hyperbaric chamber.

Staff with Medical City Plano had just left for home after their shift and were called back at midnight to help treat Qidwai.

"When you're not in a coastal area you don't think about things that happen in coastal areas," Culnan said.

It is not an every-day or even every-month diagnosis in North Texas. Five hours Qidwai spent in the hyperbaric chamber getting him down to pressure. It worked.

"It was kind of humbling," he said. "When you take courses over it and you're warned not to do something, you're not God, you're going to get yourself hurt."

He's hoping other people hear his story. The rule is after diving you're supposed to wait 24 hours before getting on a plane. Minhaj has learned that rule should not be taken lightly, no matter how adventurous you are.

MORE: After overcoming the mountain of an organ transplant, a donor and recipient climbed the Grand Teton