Power and water problems linger in every corner of North Texas

"This is exhausting. It's mentally and physically exhausting," said Gina Lewis in Waxahachie. Thursday was her fifth day without electricity. 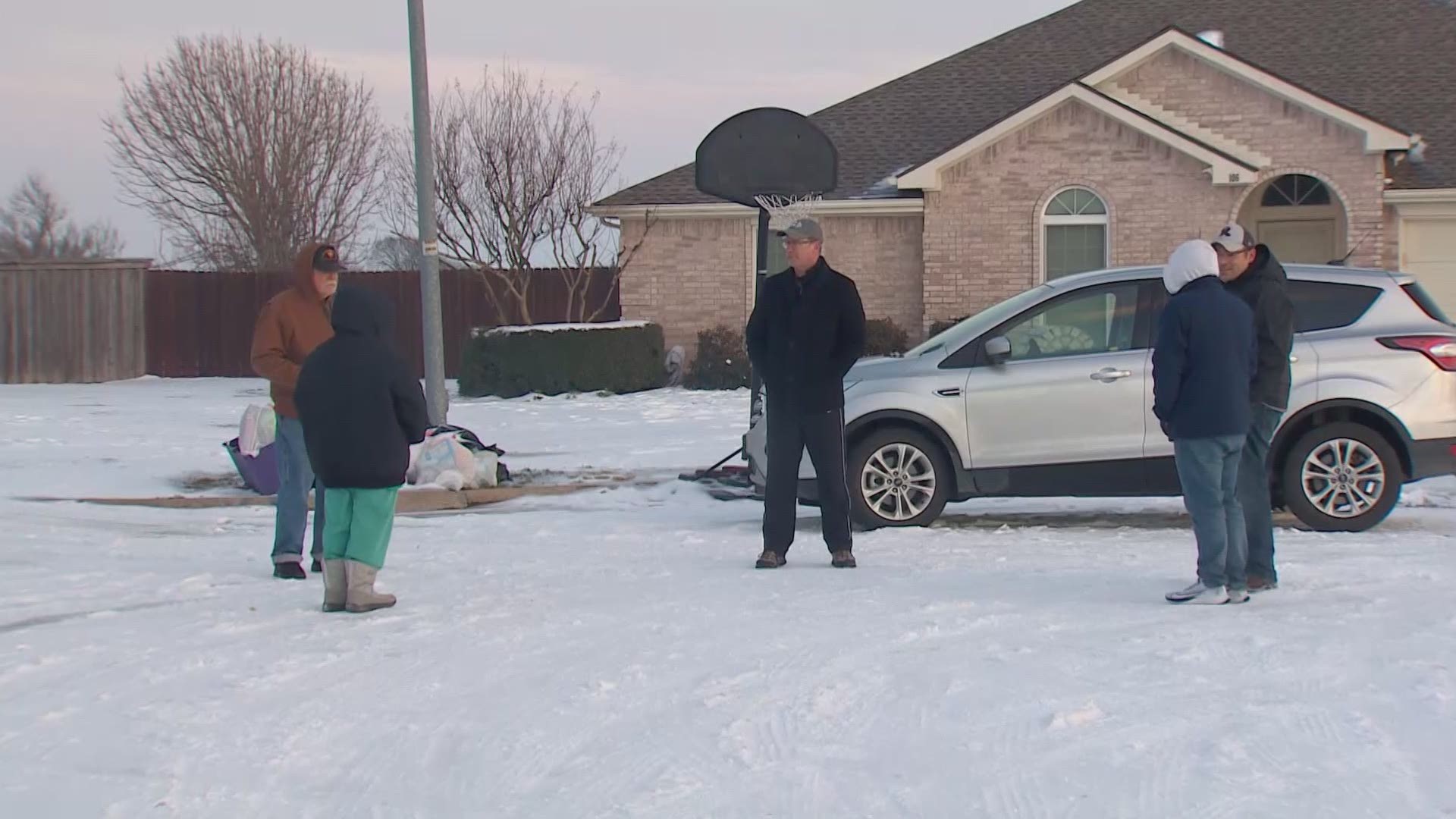 "The situation, in our opinion, is just unacceptable," said Chris Walker, standing in front of his home that hasn't had power since Sunday. He and his neighbors count more than 200 homes in their subdivision south of Butcher Road that are still in the dark — and still with neighbors like Gina Lewis and her husband, fending for themselves with only the heat of a fireplace and a propane grill in the backyard.

"We are getting no answers, no how no way," said Lewis. She and neighbors continue to make multiple reports a day to ONCOR, but say they've yet to receive a response. "And if it's going to be another week, everybody is going to lose everything they have."

"This is exhausting. It's mentally and physically exhausting," added Lewis.

According to ONCOR's outage map as of Thursday night, the 75165 ZIP code in Waxahachie has 1,647 customers affected by power outages with their "latest estimated restoration" listed as currently unknown.

Across North Texas, water, both flowing and freezing, is another constant problem. The City of Dallas reports three times as many water main rupture calls as normal. The City of Fort Worth, with a boil water notice for a large area west of Montgomery Street, has at least 212 confirmed water main breaks citywide with an estimated 200 more to investigate.

Kiana Vance shared her water disaster with WFAA. Her car in the Mosaic apartment garage in Dallas was parked directly under a water pipe that ruptured. In photos she shared on social media, the car is completely encased in ice: a mixture of automobile, iceberg and stalactite.

Some good news from Krum in far north Denton County: Shirley Huddleston was one of the thousands who called our WFAA voicemail line to share storm-related problems and struggles.

"This is going to end up killing my husband," she said in that first voice mail message, explaining that the 76-year-old veteran, reliant on oxygen, had to stay in their car in the driveway so that the running vehicle could power his oxygen machine.

RELATED: 'This is ridiculous': WFAA viewers call rolling blackouts a 'lie' after multiple days without power

Huddleston told WFAA Thursday morning they finally had electricity and heat again at their home in Krum. She and her husband, after three days without electricity, were no safe and warm inside.

"We have all kinds of power right now. We're warm," she said. "I was just really distraught. I thought I was going to lose my husband."

She also wanted to publicly thank one of her neighbors, a teenage girl, who had cleared a path in the snow from the car to Huddleston's front door so she wouldn't slip on the multiple trips to check on her husband.

Back in Waxahachie at Bent Creek Court, there is a "prayer post" next to one of the homes, a place where people can leave messages for the help they need most.

Late Thursday night they started seeing signs of that help. Residents report electricity returned to some of the homes for approximately two-and-a-half hours, then disappeared again, only to return in brief six-to-seven-minute intervals.

A far cry from full restoration, but a brief current of hope that their prayers, five days and counting, might finally be answered soon. 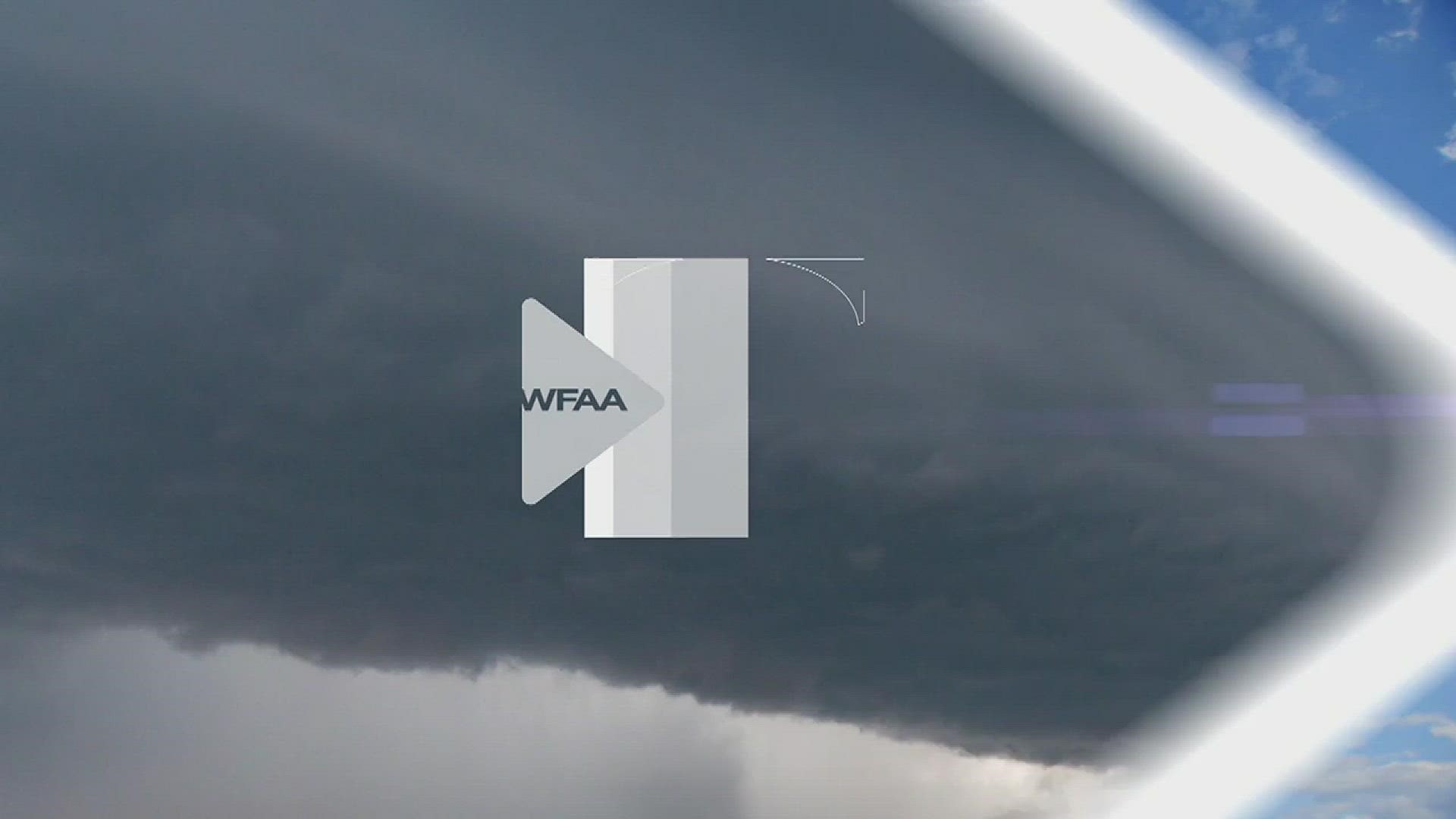