The strike created a huge hole in the parking lot that looked like a construction crew with a jackhammer had been at it all night. 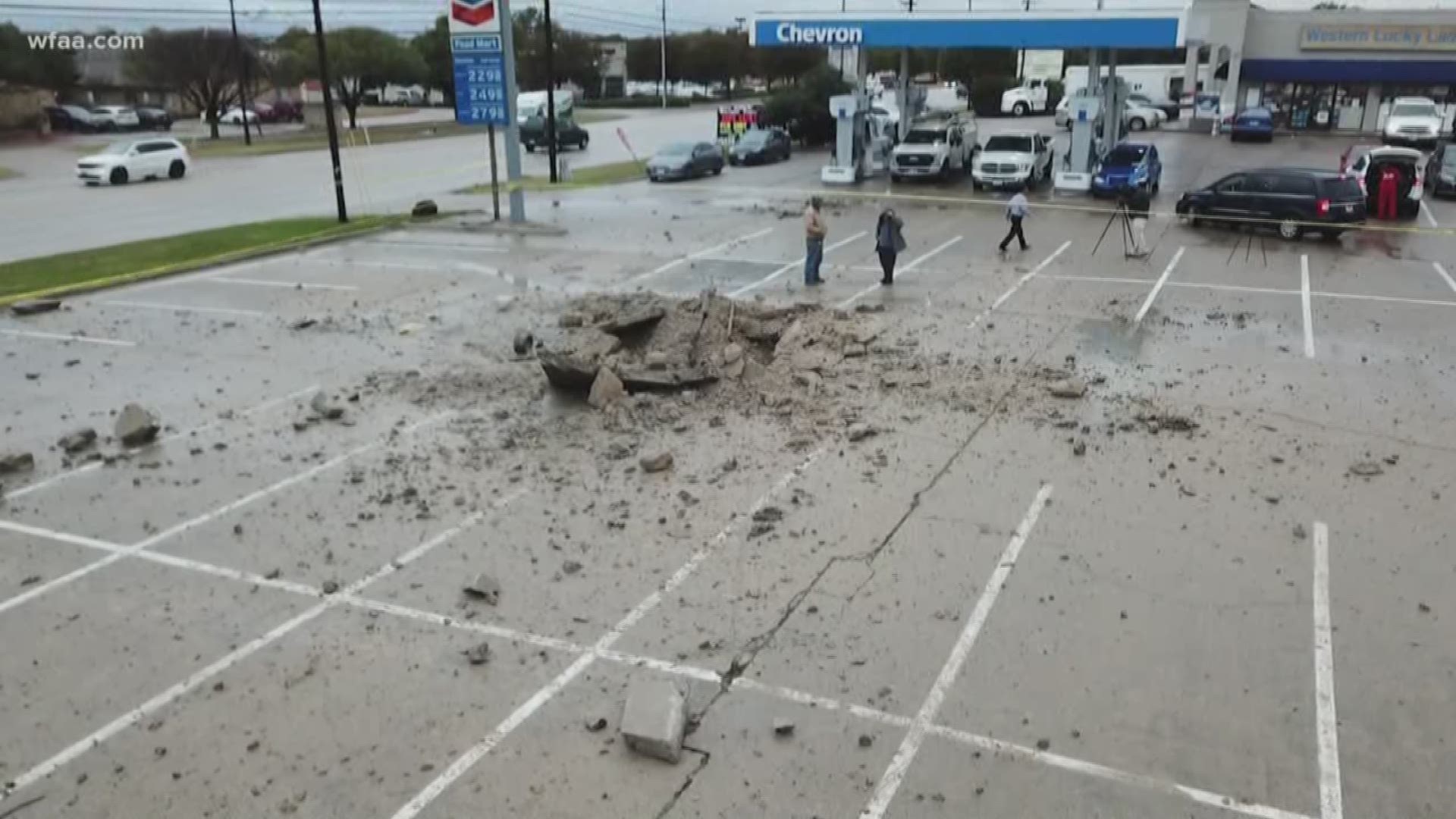 FORT WORTH, Texas — A lightning strike hit a Fort Worth parking lot and left a gaping hole in the ground around 6 a.m. Wednesday as a storm moved through the area, according to Fort Worth firefighters.

The strike caused a huge noise and sent debris at least 50 feet away from where it hit the ground near a Chevron gas station.

Firefighters told WFAA they were responding to a call nearby when they heard the noise and came over to investigate at the corner of Boat Club Road and Shadydell Drive.

What they found was quite shocking-- a hole in the parking lot that looked like a construction crew with a jackhammer had been at it all night.

"We do have some chunks of concrete that were 2 foot by 2 foot that were thrown probably 75 feet away," said Mike Drivdahl, Public Information Officer for the Fort Worth Fire Department.

Almost the entire section of the parking lot was blocked off Wednesday due to the large spread of chunks of concrete or asphalt that the strike had sent flying.

Debris was scattered all around the hole.

The Texas Commission on Environmental Quality measured the hole. It’s about 3 feet deep and 9.5 by 11 feet wide.

“It shows the amazing power of the lightning strike," Drivdahl said.

TCEQ crews told WFAA if the lightning bolt would have hit a few feet over, a full gasoline tank could have ignited.

No one was injured because of the strike, authorities tell WFAA.

RELATED: On and off showers expected during your Wednesday morning commute