'I'm not OK': Pandemic and this week's historic storm taking many to breaking point

Kathey Sauels is already dealing with the death of a family member. This week, she is struggling with a caved-in ceiling and no power and water in her home. 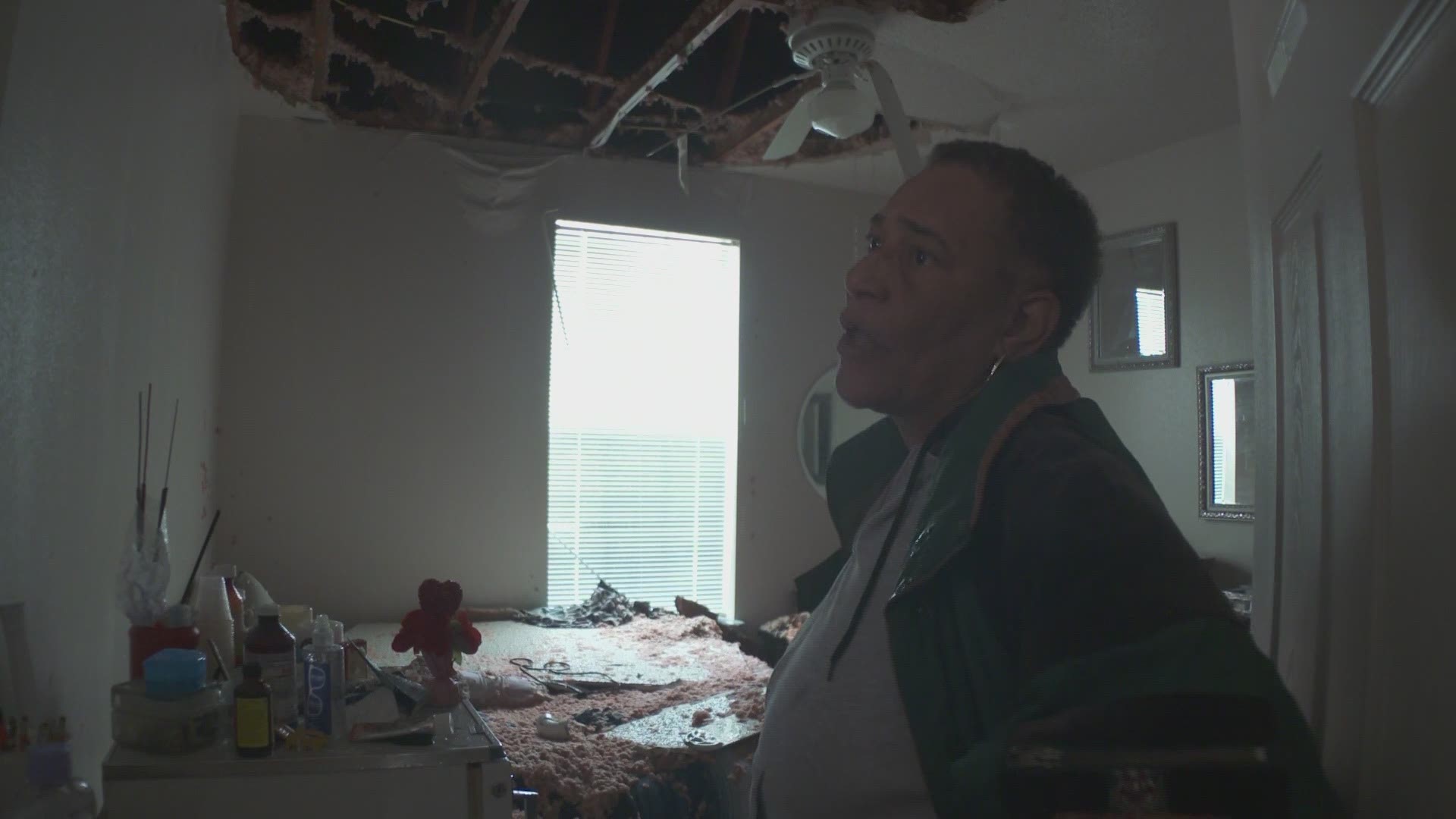 DALLAS — Kathey Sauels has had a very tough beginning to the new year. First, her mother died in early January after a long fight with cancer. On Tuesday, we saw a very emotional Kathey struggling to put into words what the last several weeks have been like.

On Tuesday, her Villa Creek apartment in Dallas had flooded after the ceiling caved in. There was water rushing out of her living room.

"I could have lost my life laying in this bed a while ago," she said.

But before any of that, she had been living without heat since her power had gone out. She, like many Texans, has been at the mercy of power companies and rotating outages — and in some cases, no power at all. She says her food has spoiled and there is nothing to eat.

RELATED: Winter weather forecast: another winter storm on the way

"I'm still in this house cold and freezing with no heat and nothing on," she said.

The way Kathey Sauels is feeling is like how many are feeling. The pandemic, and the storm, and the death of her mother have taken her to her breaking point.

She is thankful for the family member who has taken her in for the night. But she knows her current living arrangement is only a short-term solution.  Meanwhile, she has made dozens of calls to the Dallas Housing Authority and the apartment manager and police and fire departments, which have not been returned. She said she is thankful to the Dallas Fire Department when they showed up in the early afternoon.