On Friday, as delays stacked up, a spokesperson for Southwest said weather was a major factor in the reported delays. 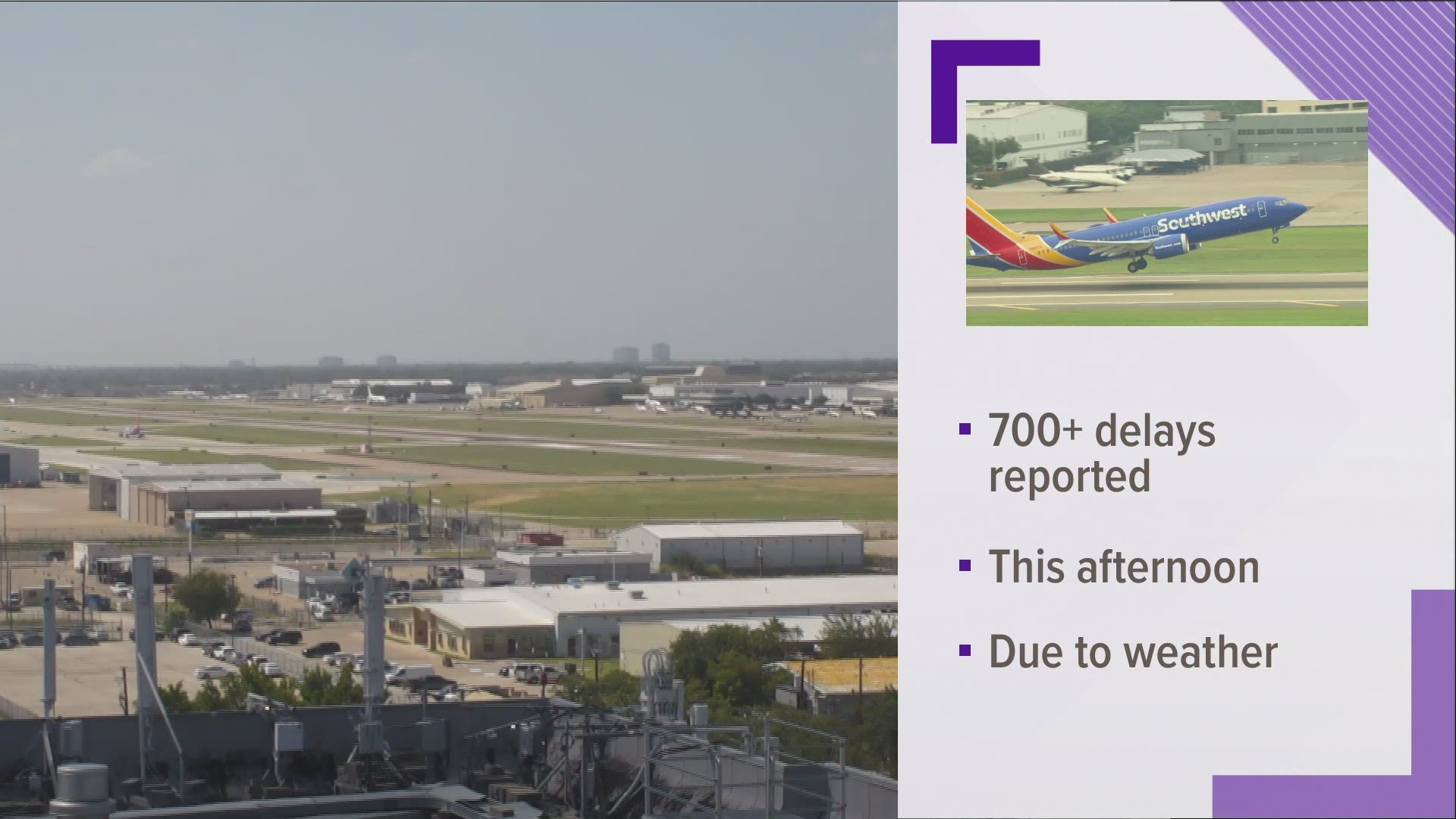 DALLAS — Editor's note: This story has been updated to include more information from Southwest.

It could be a messy night of travel for passengers Friday, as flight delays stack up, according to flight tracking website, Flight Aware.

On Friday, as delays increased, a spokesperson for Southwest emphasized the carrier was not having any unusual problems. While the spokesperson could not comment specifically on why Southwest had a disproportionately higher number of cancellations and delays than other domestic carriers, he said weather at some of their major hubs - like Denver, Chicago and Orland - was a major factor.

"More summer storms are on the way across much of the country," the spokesperson said in a statement. "To proactively manage our operation, we implemented a scheduled reduction ahead of expected storms and probable air traffic control initiatives."

According to Flight Aware, Dallas Love Field is currently experiencing departure delays between 16 to 30 minutes (and increasing) due to runway in use. Meanwhile, delays at Denver International are currently running an average of 59 minutes because of thunderstorms. All inbound flights to the airport were being held at their origin until Friday at 4:30 p.m. CT.

So far today, Flight Aware has reported more than 3,100 total flight delays within, into, or out of the United States.

Airlines have experienced a sputtered restart to travel, as more and more vaccinated Americans book flights after a year of staying home during the coronavirus pandemic.

On June 12, more than 2 million people streamed through U.S. airport security checkpoints for the first time since early March 2020. Airline bookings have been picking up since around February.

Though air travel has picked up steam, airlines have struggled to keep up, amid computer glitches and a lack of resources.

American Airlines had to cut flights to protect its network from getting overloaded as summer travel season arrives. American previously said cancellations will average 50 to 60 flights a day the rest of June and between 50 and 80 a day in the first half of July - a little more than 1% of its schedule. American has fewer employees than before the pandemic, and the airline said bad weather at key airports, like Dallas-Fort Worth, can make it hard to get reserve crews where they're needed.

Southwest fliers also had to deal with headaches earlier in June as recovered from technology glitches.

What should you do if your flight gets delayed or canceled? Check here for our guide.

Material from the Associated Press contributed to this report.