The Hotel Drover is set to open Monday. Mule Alley is continuing to add new shops and restaurants. 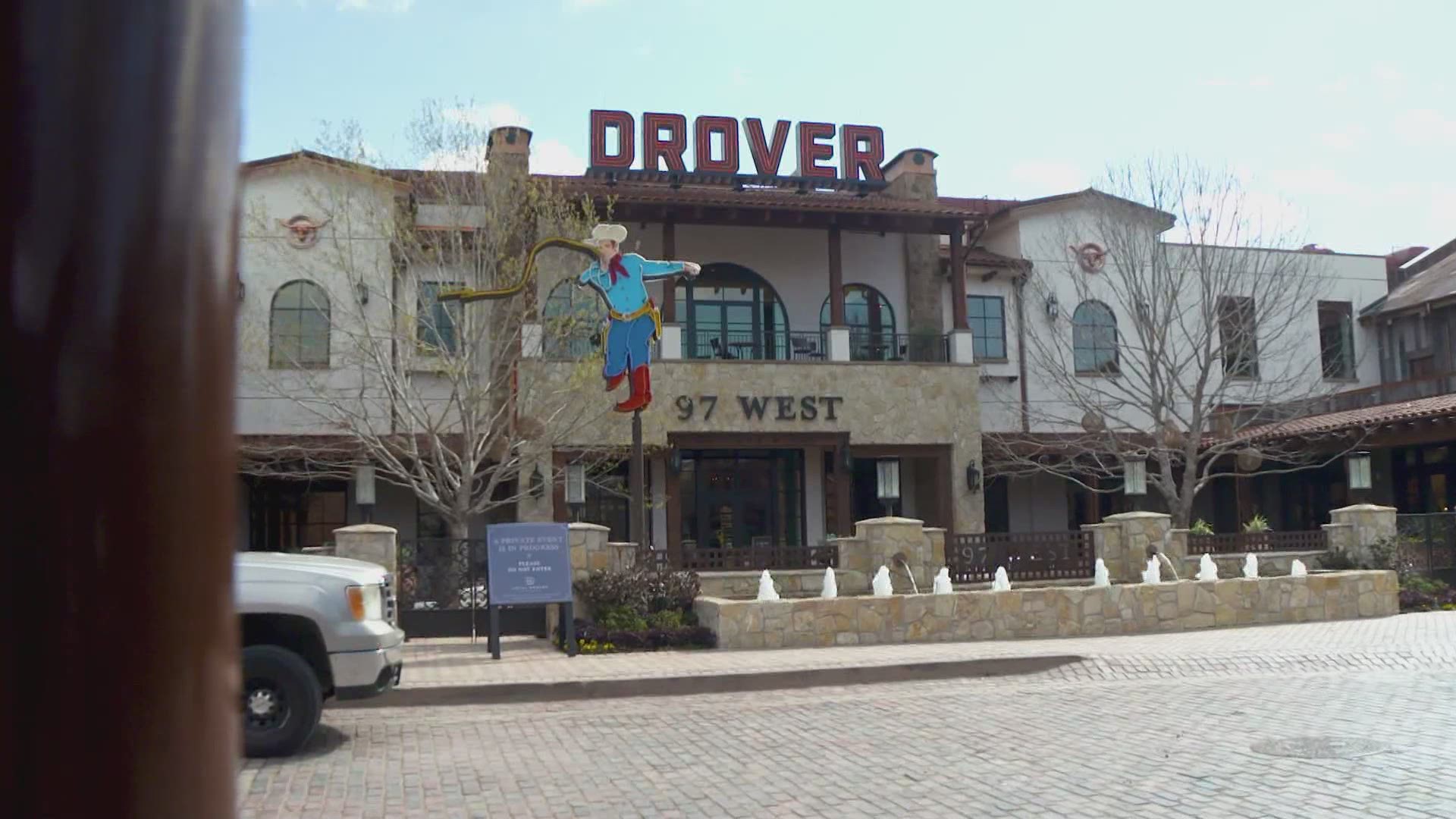 That’s not the best description of its latest attraction, though.

“You don’t really know if you’re in hacienda, modern, western, retro, swanky or luxe. It’s all of that,” said Craig Cavileer, the managing partner of Fort Worth Heritage Development.

Cavileer is behind the new Hotel Drover, which opens to the public Monday. It’s a new 200-room, four-star hotel and part of Marriott’s Autograph Collection, and it anchors the Mule Alley development Cavileer is also managing.

“Somebody called us a swanky ranch,” Cavileer said of the Hotel Drover. “I said, ‘OK. We’ll change the name of the hotel.'"

RELATED: Curious about the landmarks that surround us? Take a self-guided tour of Fort Worth's African-American history

Conversations about restoring the 100-year-old mule and horse barns started back in 2014. Cavileer says the city has been supportive from the outset on turning what was falling apart into something new and modern to attract a broader range of visitors.

“There were a lot of people who said they didn’t want to see any change down here and it would’ve been real easy to say, 'You’re right. Let’s just leave it for a better day,'” Cavileer said. “We don’t want to forget what this past was. We want it to feel rich and authentic that they’re part of something that’s been around a long time.”

“The area in Mule Alley had fallen into neglect,” said Mitch Whitten, the vice president of marketing at Visit Fort Worth. “The reason it took so long to restore them is to preserve the history.”

About $140 million went into the hotel and another $75 million into the alley restoration. Mule Alley is now filling up with new restaurants and shops from upscale stores to a brewery with more tenants due to be announced soon.

The target is getting people not just to visit, but stay.

“People were spending only two or three hours in the Stockyards,” Whitten said. “It was a big attraction, but they weren’t staying as long as we’d like them to.”

“What we really wanted was to have something that looks like it’s been here for 100 years,” Cavileer said.

Cavileer says a barn-style event space with 150-year-old reclaimed timber beams is booked for about 60 weddings in the next six months. The hotel features a custom-only Lucchese store, a sprawling courtyard overlooking a creek, several bars and custom touches like postcards on chairs or chandeliers with brands and barbed wire.

“One of the things that we do every day is to really make sure that western heritage is infused into everything we do. That’s really the Cowtown in Fort Worth,” Cavileer said.

He says 4.7 million people visited the Stockyards in the past year and 80% are from Texas.

“it’s a new chapter for the stockyards,” Whitten said.