Teandra Taylor said she believes it's important for her son to learn about other people and cultures. He’s already been to 11 countries and 18 states. 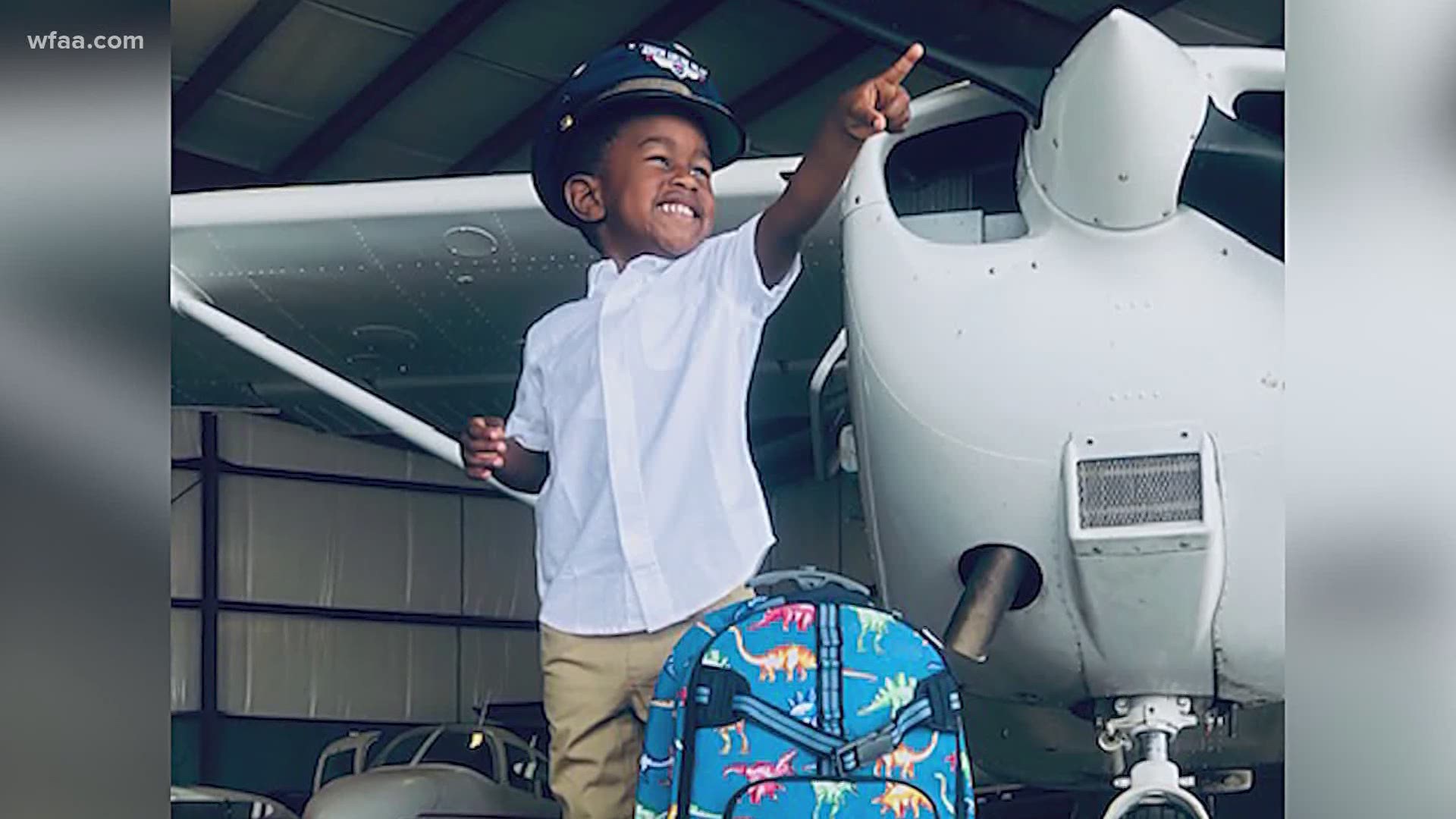 A lot of parents want to give their children the world, but Teandra Taylor of Mansfield, would rather show them.

“Life is too short to wait, so I believe in accomplishing what you want to accomplish now, your dreams now,” she said.

Taylor’s dad was in the Army. Growing up, they moved around a lot. She says seeing so many different cultures made her a better person.

That’s why she has spent the past three years traveling the world with her son, Carson.

From posing in front the Eiffel Tower to mud bathing with elephants in Indonesia, Taylor has taken Carson, her only child, on adventures all over the globe.

During their travels, he often dons a pilot’s hat and goes by the nickname "Captain Carson." Taylor said traveling has made Carson more personable. Every time he boards a flight, he tries to say hi to everyone on the plane.

He’s just 3 years old, but has already been to 11 countries and 18 states.

They’ve been grounded most of this year due to COVID-19, although they have taken a few short road trips, but Carson always has his bags packed and ready.

“He plays TSA in our living room,” Taylor said.

Credit: Teandra Taylor
Three-year-old Carson Taylor, who goes by the nickname 'Captain Carson' has spent the first few years of his life traveling the world with his mom. Together, the two have written children's books to encourage other families the importance of traveling.

Before each trip, Taylor tries to teach Carson about the places they’ll visit, but children’s travel literature isn’t exactly on the bestsellers list.

“So I thought, 'I’ve been to enough places, why not just start my own?' to be able to reach kids,” Taylor said.

They wrote their first book earlier this year and plan to release more, hoping their adventures will inspire people, especially African American families, to travel.

It’s important to note that Taylor isn’t wealthy. She works as a project officer for the government and believes giving a child such a life experience is worth the investment.

“It doesn’t have to always be big, expensive, luxurious trips for you to travel with your children,” she said. “Traveling is more about the exposure and the experiences you’re providing to your kids.”

Those experiences have taught Carson to appreciate people from all walks of life.

Taylor explained that leaving our comfort zone can tear down walls that often divide us and open our hearts to a love outside ourselves.

“It’s showing him to accept people regardless of what they’re going through, regardless of who they are,” she said. “Even if he doesn’t remember, this is shaping him into being an amazing man that he’s going to grow into in the future.”