2 people killed, 2 injured in crash on I-35E near Milford

Milford police said two people died at the scene after a van and semi-truck collided around 5:30 p.m. Monday. 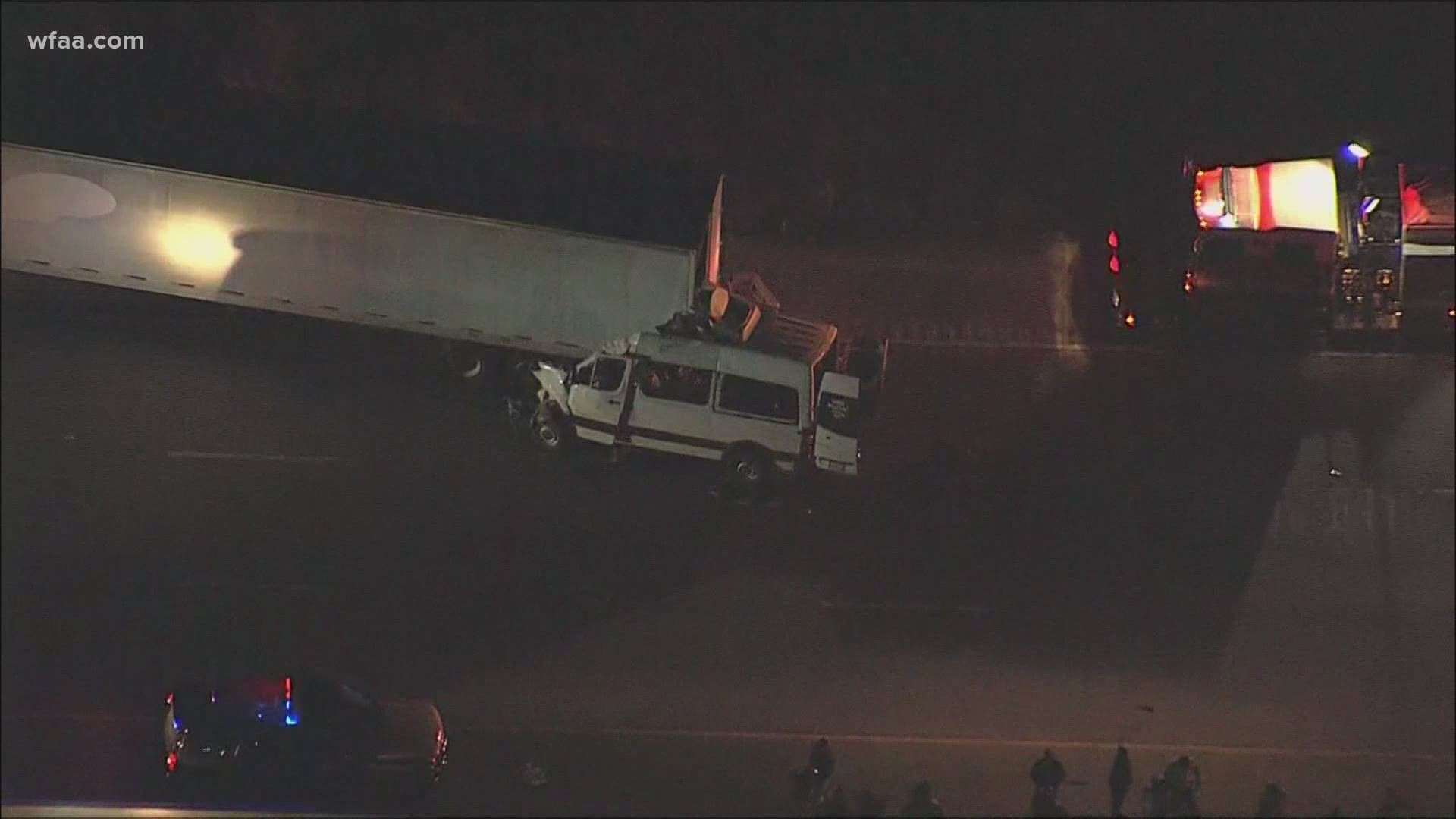 Editor's note: The video above is from Tuesday, Dec. 15.

Two people were killed and two others were injured Monday in a major crash that shut down Interstate 35E near Milford, officials said.

Milford police said two people died at the scene after a van and semi-truck collided around 5:30 p.m. Authorities are not releasing their names at this time.

A witness told detectives that the 18-wheeler was coming to a stop for merging traffic from a nearby construction site when the van struck the back of the semi.

At least one other person with critical injuries was flown to a Dallas-area hospital. Another victim was transported with minor injuries, police said.

The conditions of the two people have not been released as of Wednesday morning.

Law enforcement officials said they are continuing to investigate the crash.

"Yesterday was a sad day for all first responders in this remote area of Interstate Highway 35E,"  a sergeant with Milford police said. "We wish to withhold the locations and identity of all persons involved out of respect to the family in this difficult time."