UNT lost to Villanova in the second round of the NCAA tournament, 84-61. 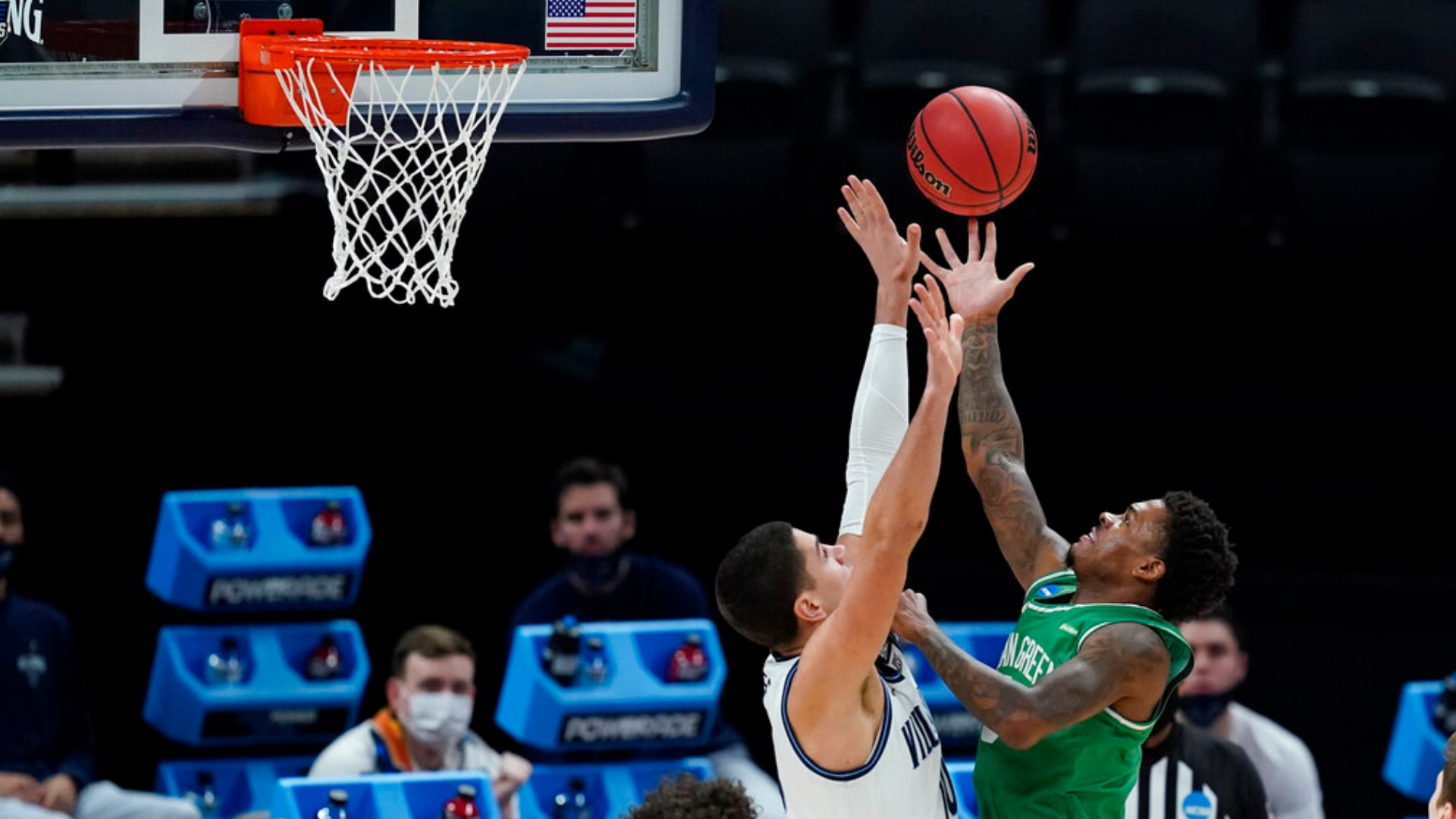 DALLAS — The University of North Texas takes on Villanova in the second round of the NCAA tournament with a chance to make more history with a first-ever trip to the Sweet 16.

Sadly, their dreams were short-lived, as Villanova came out with a win, 84-61.

Headed into the game, the 13th-seeded Mean Green were riding high, coming off an unprecedented tournament victory over fourth-seeded Purdue. UNT absorbed every blow the Big 10 heavyweight Boilermakers could dish out and then delivered their own knockout punch in overtime to win their first-round game 78-69.

Villanova found a winning formula in their tournament opener, despite not having their senior leader Collin Gillespie, who missed the game with a torn MCL. The Wildcats employed a strong defensive effort and took care of the basketball in their 73-63 win over Big South champion Winthrop.

The Mean Green are an example of all that is good about March Madness: a small program getting a chance to show what it can do on the national stage.

UNT guard Javion Hamlet led the Mean Green with 24 points in their history-making win against Purdue. His story is one of the best in the entire tournament. Lightly recruited in high school, he was forced to take the JUCO route and took a long and winding road to get to UNT and now the national stage. And his father’s sweater, featuring a picture of Javion, has made quite a splash on social media.

Javion Hamlet's dad showed up to the North Texas game with a sweater listing all of his son's accomplishments ❤️ pic.twitter.com/DbheJMMTtF