The duo would have likely been paired up in the Korn Ferry Tour's inaugural Veritex Bank Championship in Arlington, which was canceled due to coronavirus 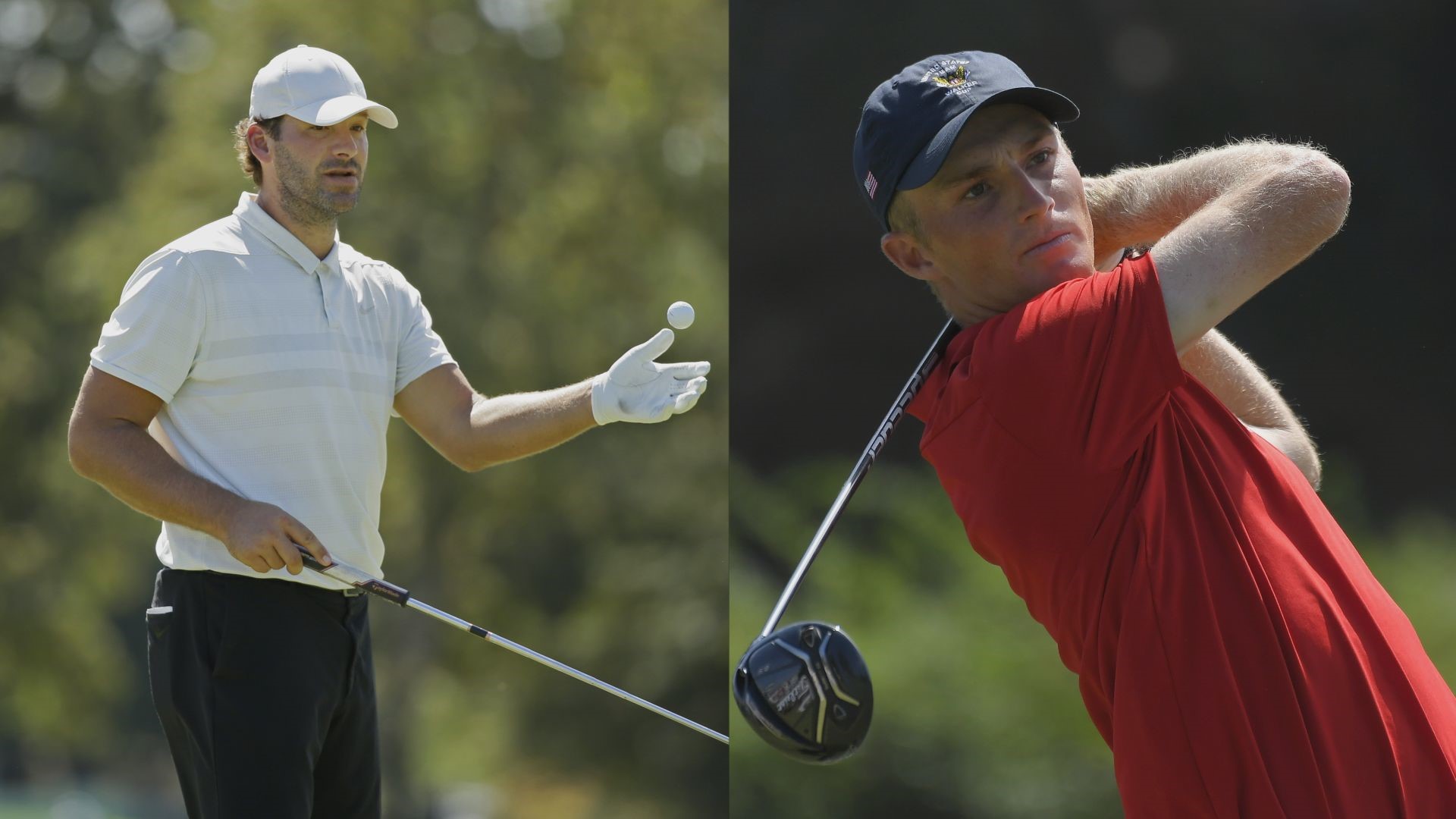 DALLAS — It was 10 p.m. when pro golfer Will Zalatoris got a text from a friend, asking for feedback on his golf swing.

"He's just obsessed with it," the 23-year-old Plano native explained. "He absolutely loves the game."

The four-time Pro Bowler and retired Dallas Cowboys quarterback is 16 years older than Zalatoris, but the two have formed a bond on the golf course.

"I play a lot with him," Zalatoris said. "We're both members out at Maridoe Golf Club."

He'll advance to the PGA Tour if he finishes the season Top 25 in points.

"There's already enough nonsense that goes on when we play, so the last thing we need is an actual competitive event," Zalatoris joked.  "And if all of a sudden our scores are similar, the last thing I need to hear is this guy."

Romo has played a handful of PGA Tour events including the 2019 AT&T Byron Nelson (Dallas) and the 2020 Safeway Open (Napa, Cali.) --  on sponsor exemptions. He has yet to make a cut.

"I think he'll make a cut," Zalatoris admitted. "He works so hard. He's obsessed with it. He's asking all the right questions. Not to mention he's out there playing with guys like Jordan [Spieth], where he gets to pick a three-time major champion's brain on how he works on it." f

This weekend, Romo would have made his Korn Ferry Tour debut (on a sponsor exemption) at the Veritex Bank Championship from Texas Rangers Golf Club in Arlington -- two miles north of AT&T Stadium.

"We probably would've played together, which would've really really fun," Zalatoris said. "Just to be home and be in front of my friends and family. Have all the big crowds. A home game. Twenty minutes from my apartment. I was really looking forward to that actually."

The event was canceled due to the coronavirus pandemic.

Both the PGA Tour and the Korn Ferry Tour are scheduled to resume June 11.

RELATED: PGA set to return to action at Colonial

Barring any setbacks, the PGA Tour will continue its season with the Charles Schwab Challenge (without fans) from Colonial Country Club in Fort Worth.

The Korn Ferry Tour will pick up at TPC Sawgrass in Ponte Vedra Beach, Florida.