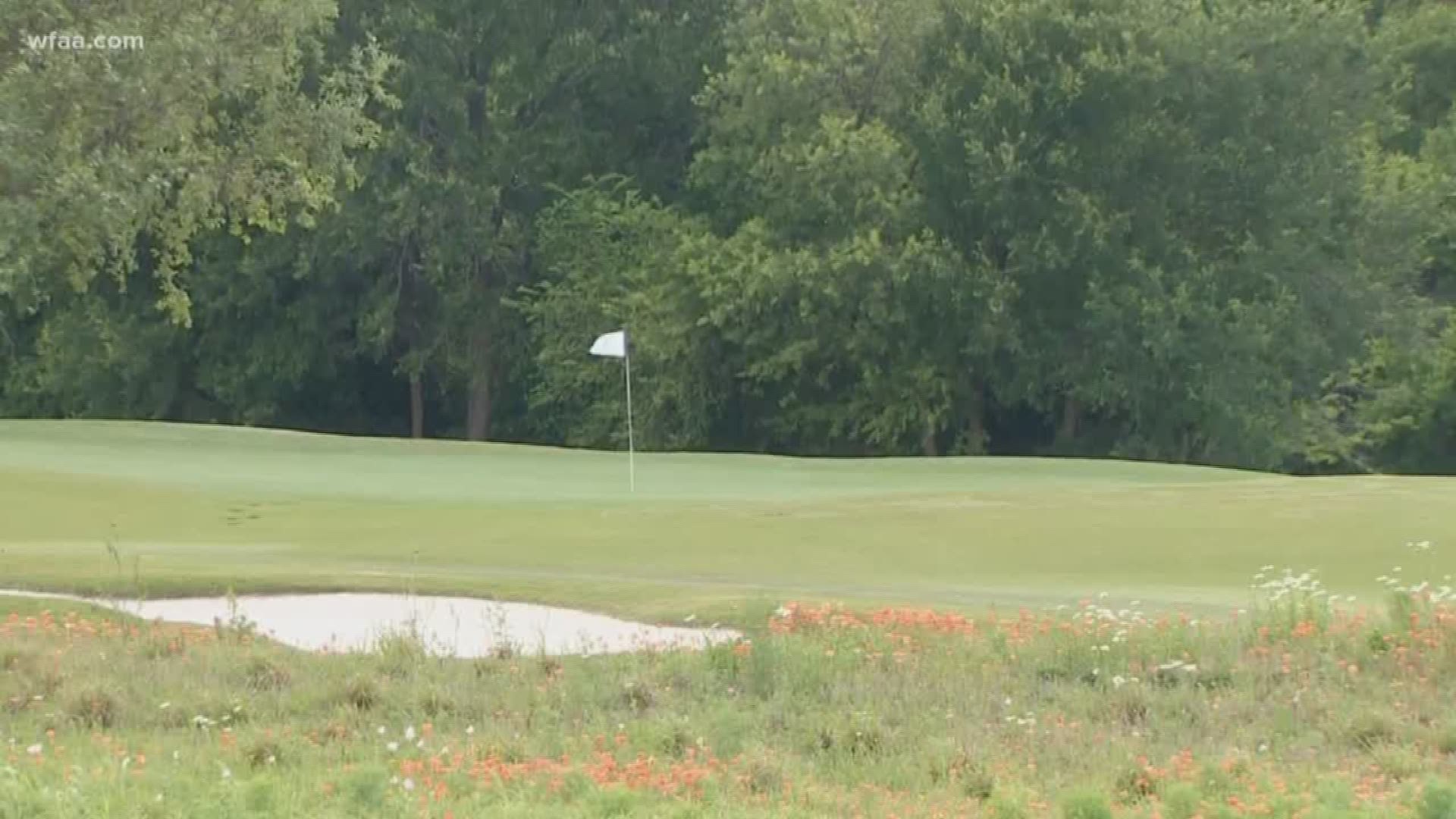 The AT&T Byron Nelson will be moving to a new home at TPC Craig Ranch in McKinney, multiple sources have confirmed to WFAA Sports.

The Salesmanship Club and PGA Tour striking a 5-year deal with course operator Club Corp. And the City of McKinney and its business community providing just the right atmosphere for a new home.

“It was just a combination of so many factors,” said Salesmanship Club golf committee chairman Mike McKinley, “the open arms, the welcome, the whole attitude of this isn’t a business transaction for us, this is a partnership for us."

RELATED: Now that the AT&T Byron Nelson has been canceled, what about its charity?

TPC Craig Ranch opened in 2004 and the idea has always been to eventually host a PGA Tour event. The golf course has always been appealing, and now as far as the surrounding area, there’s more.

Collin county’s remarkable growth, especially in the area in and around the intersection of state highway 121 and the Dallas North tollway, which is only about 10 minutes from the course, turned out to be the final piece of the puzzle.

Craig Ranch has hosted the Tour Championship for the PGA Tour’s developmental Korn Ferry Tour twice, in 2008 and 2012. But then there was a prevailing sentiment that the area may not have been ready for golf’s premier Tour and its players, but there’s been exponential growth and development close the course, with Collin emerging as the fourth fastest-growing county in the country.

"I think the infrastructure the business infrastructure is now there,” said McKinley, “there’s so much energy there now. You can’t go up there without picking up on that energetic vibe."

The move comes after a relatively brief stint of just two years at Trinity Forest Golf Club. The tournament moved in 2018 to Trinity Forest, located on Loop 12 between Interstate 45 and U.S. Highway 175 in southeast Dallas, after more than 30 years in Las Colinas.

This was supposed to be the Nelson’s final year at Trinity Forest, but it was one of eight events the PGA Tour has canceled so far in the wake of the coronavirus pandemic. Sagging revenues and infrastructure issues spurred the Tour to call for a new venue, which for the first time will not be in Dallas County.

"The move technically yes is to another county,” said McKinley, "but we look at it more like we’ve just expanded our footprint and our family and now a great partnership."

Dates haven’t been confirmed with the Tour yet, but the tournament is expected to remain in its traditional spot on the calendar in May.

And speaking of tradition...

“When people want the Nelson party to come back, we couldn’t have picked a better location,” said McKinley.

And for so many reasons we can’t wait.