As anxiety manifests during the coronavirus pandemic, the right mindset is vital to self-care and self-improvement. 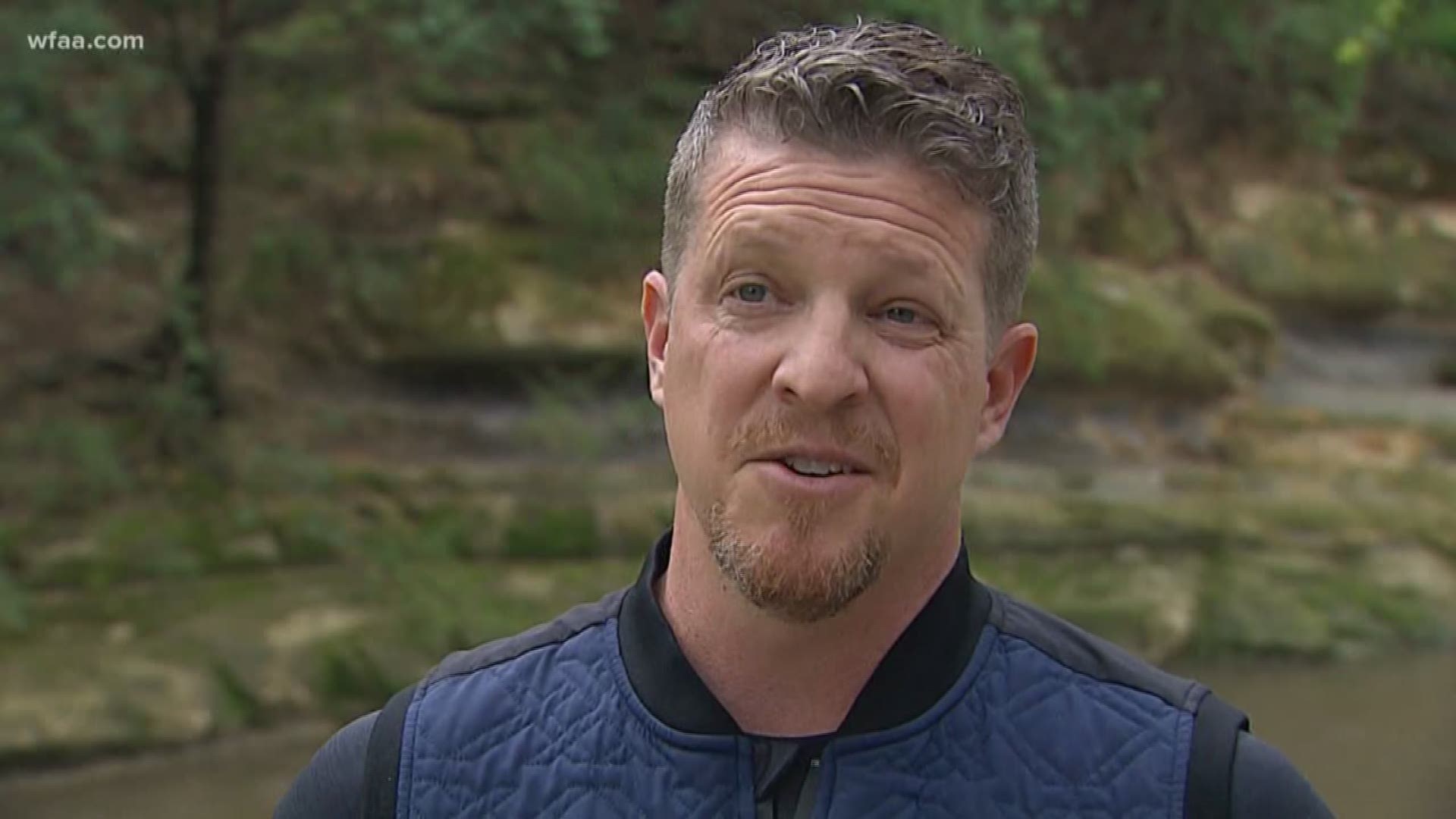 DALLAS — "The game of golf really is a representation of life. There are a lot of variables that are unpredictable," sports trainer Damon Goddard said.

The PGA Tour season has been postponed for almost a month due to the COVID-19 pandemic.

The players haven't played since The Player's.

The Player's Championship -- one of golf's most popular tournaments -- lasted one round at TPC Sawgrass in Ponte Vedra Beach, Fla.

By the next morning, the event was canceled.

"It's always a bummer when you can't play," admitted Goddard, a sports performance coach and the trainer for golf star Jordan Spieth. "Honestly, the players were relieved."

Goddard was with Spieth during the week, before flying back to Dallas after the first round.

"When we saw the NBA made their decision [to postpone the season], the seriousness of it really set in," said Goddard. "We started to have some conversations as a team and we said, 'This is a bigger deal than we're giving it credit for.'"

Spieth spent a couple weeks out of town before returning to Dallas this past weekend, as he waits for this rough patch to fade or draw to an end.

Goddard gave Spieth a couple weeks to relax and spend time with family before ramping up physically.

While team sports are unable to practice together due to social distancing, golfers are still able to work on their game and their bodies.

"From a body standpoint, these guys are going to come back as athletic as they've ever been," said Goddard, who points to an eight-week hiatus as a true "offseason" for them to work on their athleticism.

Goddard also instructed Spieth to use the time to reconnect.

Walks on the beach. Watch a sunset. Do some yoga. Spend time with family.

Goddard's advice extends to everyone, not just the three-time major champion from Dallas.

"We use [sports] quite a bit to sedate, or to watch and not spend time with family," Goddard explained. "This is a perfect opportunity for a lot of people to reframe what's important."

While anxiety and fear can manifest during the COVID-19 quarantine, Goddard urged people to reshape their perspective to focus on self-care and self-improvement.

"Using this time away from business, or the office, think 'How can I sharpen my skills as an employee, or in my craft, or in my trade?' So, there's a real opportunity here."