20 years ago, the Dallas Stars won the Stanley Cup in memorable and controversial fashion 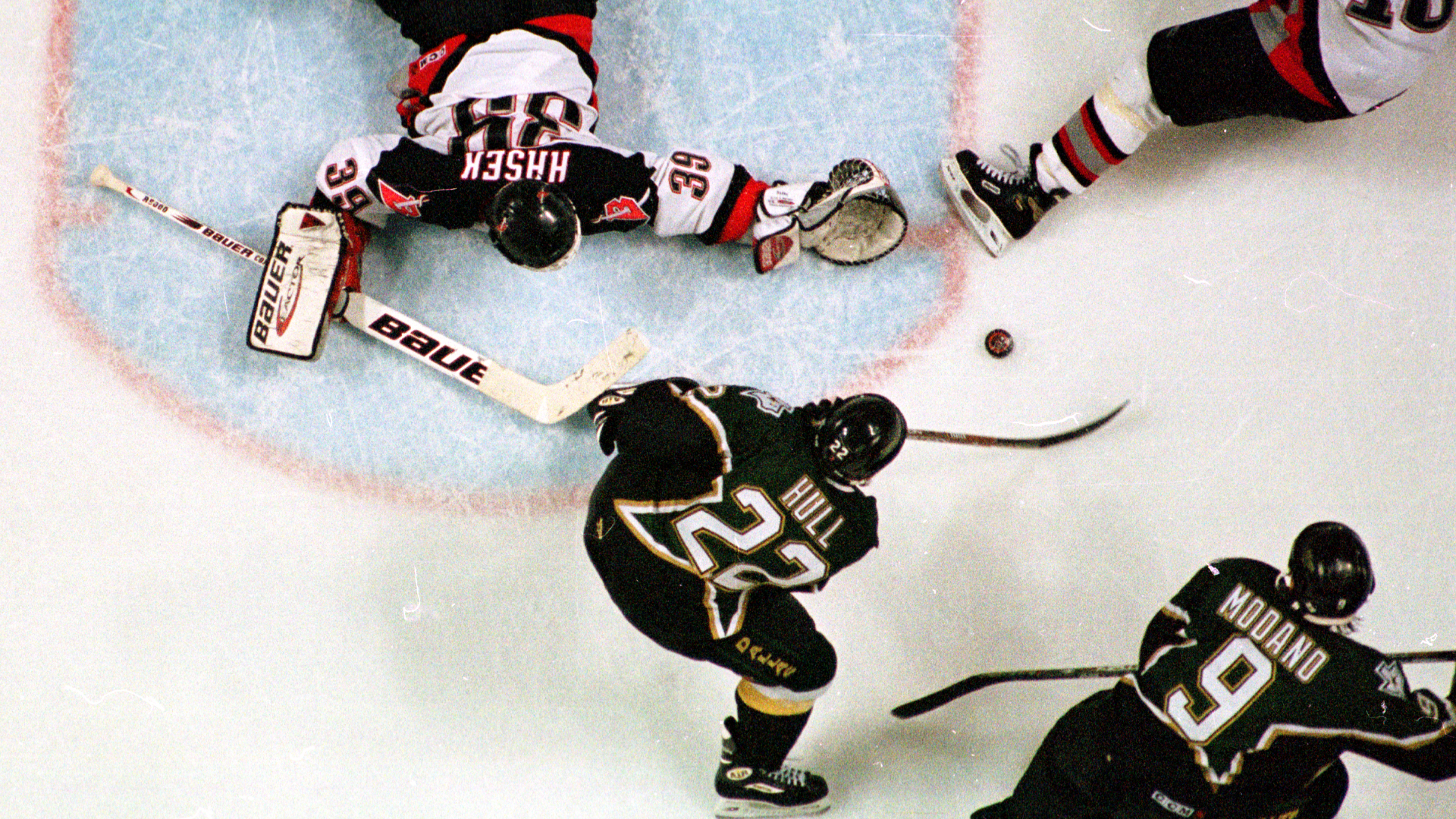 Game 6 of the Stanley Cup Final between the Dallas Stars and the Buffalo Sabres.

"Had that feeling," remembers former Stars goalie Ed Belfour. "You’re on from the time you wake up.”

With Dallas leading the series 3-2, the Stars needed one more win to hoist their first Stanley Cup.

RELATED: All aboard the Stars bandwagon: A hockey guide for the casual fan

"You always hear guys, 'Nah, I don’t get nervous,'" says former Stars defenseman Craig Ludwig. "I’m calling BS on that one. You get nervous. You get butterflies.”

“When you have those butterflies, it made me play better," Belfour adds.

At the end of regulation, the score was 1-1.

"I remember guys taking IV's," says Belfour. "My choice was a milkshake. The milkshake and ice cream works well for me in overtime.”

He would need it because Game 6 went to three overtimes and was not decided until after midnight in Buffalo.

"There were 15 guys that took a needle," recalls Stars broadcaster Daryl Reaugh. "Some took multiple just to numb things so they could play."

One of them was Stars veteran forward Brett Hull who had knee and groin injuries.

Hull played through the pain. The Stars are thankful he did.

"Hitch [Stars head coach Ken Hitchcock] looked down and said, ‘Can you give me a shift?’ because [Hull's] groin was torn," says Reaugh. "He gave him a shift and...history.”

RELATED: Make-A-Wish and Dallas Stars bring 'heaven' on the ice for a 10-year-old boy

With almost five minutes left to go in triple overtime, Hull received the puck in front of the Sabres net. His backhand attempt was saved by Buffalo's Hall of Fame goalie Dominik Hasek. The puck bounced in front as Sabres center Brian Holzinger barreled between Hull and Hasek, but the puck came to Hull's right skate. He kicked the puck (or defelcted it) forward to his stick and scored the game-winning goal.

However, the Stars greatest moment in franchise history is also the most scrutinized goal in hockey lore.

At the time, there was rule -- which was enforced all season and was changed the following year -- that if the goal-scorer's skate is in the crease, the goal does not count.

RELATED: This Dallas Star's contribution off the ice is just as important

Understandably, the ESPN broadcasters were bewildered and chastised the NHL. The Sabres and their fans were demoralized and upset.

How could this goal be ruled legal?

"People freaked out and lost their minds over it," explains Reaugh. "Somebody said, 'Well, his foot was in the crease' or whatever. I said, 'It doesn’t matter because he’s still in possession of the puck. A memo went out last week.' I remember it like yesterday. A lot of people think there was no memo. But, I remember it.”

The controversy brought the phrase “No Goal” to Buffalo, while the Stars brought the Stanley Cup back to Dallas.

"The goal, the celebration, the ride back, the water cannons at DFW Airport, Eddie Belfour running along all the people that met us," Reaugh reflects. "It’s hard to believe it was 20 years ago.”

“It’s an unbelievable feeling," says Belfour. “It’s up there with my kids being born.”

"Sort of sadistically, I like the fact that it’s a memorable goal or a memorable Cup," admits Reaugh. "Nobody’s going to forget '99.”