All aboard the Stars bandwagon: A hockey guide for the casual fan

The Dallas Stars face the St. Louis Blues in the second round of the NHL Playoffs. Here's how to sound like you know what you're talking about at the water cooler. 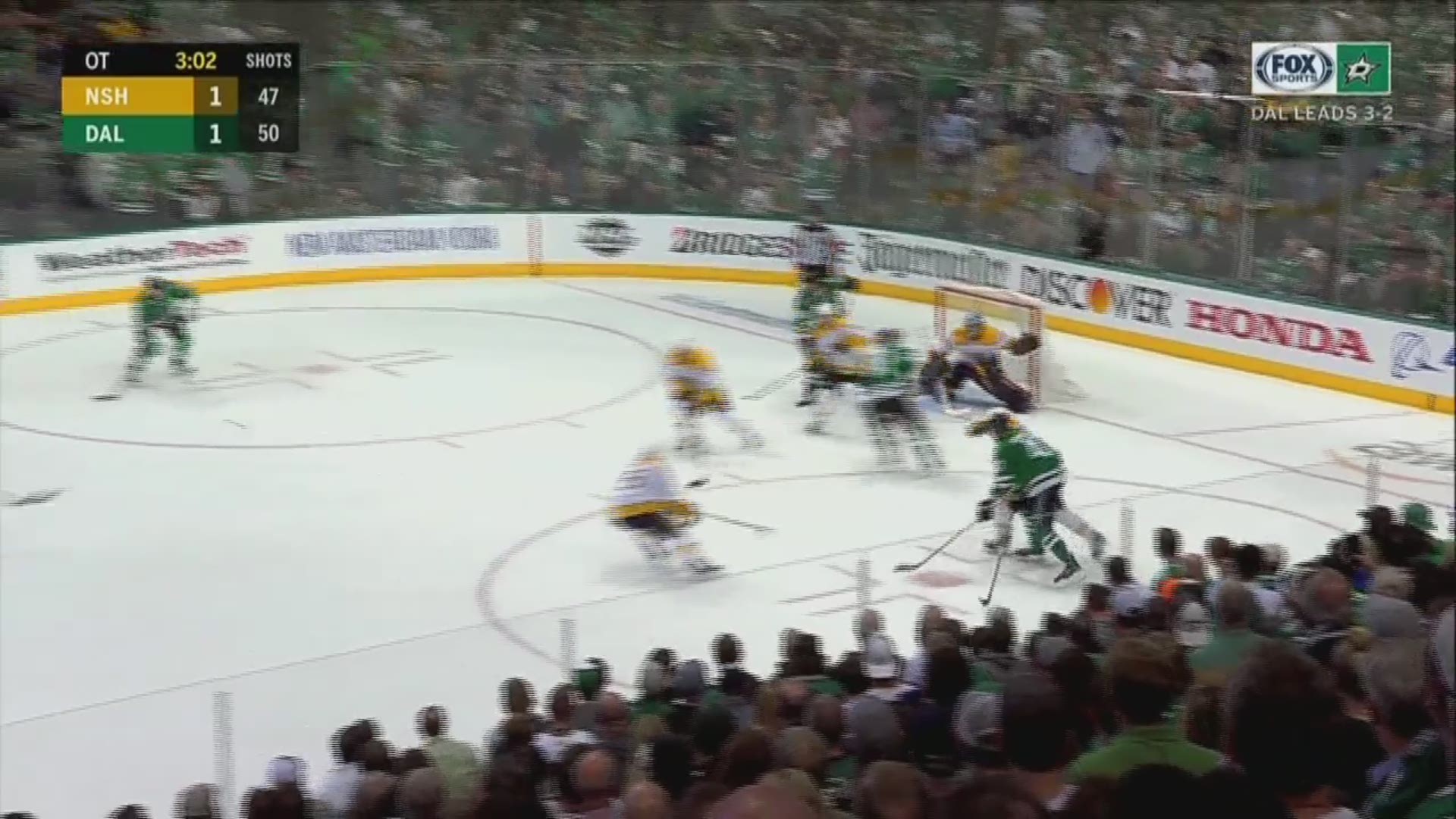 DALLAS — Let's face it: Dallas is a football town. But that doesn't mean we can't get behind the local hockey team, especially when they're making a playoff run.

The Stars are heading to the second round, where they'll face the hated St. Louis Blues (time and date, TBA). While the Stars certainly have their passionate supporters across North Texas, we figured a hockey refresher might be useful to the general public.

So if you're a Stars diehard, bear with us. If you're just hopping on the bandwagon, let's dive in.

How we got here

The Stars beat the Nashville Predators 2-1 in overtime in Game 6 on Monday night at the American Airlines Center. Here's the John Klingberg goal that sealed the victory:

The Stars entered the game with plenty of momentum, too, having won the previous two games after slipping behind 2-1 in the series. They beat the Predators 5-3 in Nashville on Saturday.

The only player on this list to win a Stanley Cup, Seguin has been a fan favorite since his arrival from Boston in 2013. The sharpshooting Ontario boy was drafted No. 2 overall in the 2010 NHL Draft and he continues to earn his status as an elite player, scoring 80 points and getting named as the 9th best center in the league by the NHL Network.

Stars head coach Jim Montgomery said that adding Radulov to the Stars was like resurrecting the famed “Legion of Doom” from the 90’s. Rad’s best time as a pro has been as a Dallas Star, and he’s not showing any signs of slowing down (just ask the Calgary Flames about that.) The recently vanquished Nashville Predators refused to renew his contract after the 2012 season freeing him up to eventually land in Dallas. Looks like it was their loss.

Oh Captain, my captain. The 2014-2015 Art Ross Trophy winner has quietly led the Dallas Stars since 2013. He’s sneaky good and always a threat to score when he’s on the ice. Future Hall of Famer Sidney Crosby once said that Benn is the kind of player that he would build a team around. He's big and strong and tough. He does a lot of good things. And he's young. He'd be the guy right now." Fun Fact: Benn was also named one of Dallas 10 most eligible men by D Magazine.

John Klingberg is the kind of defenseman that kids dream of becoming. Hard when he needs to be, but also a little bit cerebral. He won’t always beat you with brute strength because he doesn’t have to. He skates with a finesse that few players of his young age possess. All it takes is a little toe drag on the ice and a dagger to the heart. Last season he tied Brent Burns of the San Jose Sharks for second in scoring among NHL defenseman, just a single point behind John Carlson of the Capitals.

Towering over the ice at 6’,7”, Ben Bishop is arguably the Stars best player. He joined the team in the 2017 season and has stopped 1,236 shots so far this season. He’s no stranger to the postseason either. In 2015 he helped the Tampa Bay Lightning reach the Stanley Cup Final. Big Ben is a finalist for the Vezina trophy, an award given to the NHL’s best goalie for the 2018-2019 season.

The history of the matchup

The Stars are 113-124-43 all-time against the Blues, dating back to their days in Minnesota. More timely: The Stars were 3-1 against their NHL Central Division foe this season.

The last time we were here

2016: The Stars last advanced to the second round in 2016, when they faced the Blues and lost in a seven-game series.

The last time we won it all

Has it really been 20 years?

After moving from Minnesota for the 1993 season, the Stars reached their first Stanley Cup Finals in Dallas in 1999. Hall of Famer Brett Hull – acquired after the 1998 season from the St. Louis Blues (another Blues connection) – led the club to a finals matchup against the Buffalo Sabres.

With a 3-2 series lead, the Stars traveled to Buffalo with a chance to clinch the Cup in Game 6. They battled through three periods, tied 1-1, and then stayed knotted up through the first two overtimes. That's when things got crazy, in the best of ways for the Stars.

Hull, with his left skate inside the crease – the area in front of the goal – slapped in a rebound shot for the game-winner. Players aren't allowed to score from within the crease, but since Hull already had possession of the puck, the goal stood and the Stars won their first title as a Dallas franchise.

Trust us, that's about the briefest way to describe Hull's controversial goal – here's a deeper breakdown on YouTube, from after the game, and the highlights from Game 6:

And where's Hull at today? With the Blues, where he serves as executive vice president.

Victor E. Green. The Stars' official color is "Victory Green." Get it?

The Stars' website offers a bit more background on the team's furry ambassador: 84 pucks tall; relationship status: "Alienated"; enjoys E.T., Monsters Inc., and Wall-E; not a fan of the Sharks or Ducks, or the color blue. Which should make this matchup interesting.

Louie. From Louie's bio page on the Blues' website: "A number of years ago, in a small town near the Arctic Circle, a bouncing baby polar bear was born. But this bear was very different from all of the other polar bears in the town. While all of the other bears had white fur, this bear’s fur was BLUE!!"

Then one day he heard about the Blues hockey team and moved to St. Louis. Sounds plausible.

Nothing Stars-specific, but here's our favorite hockey lingo, courtesy of The Hockey Writers and with some help from Snoop Dogg below.

Salad/flow/lettuce: A good head of hair

Top cheese: A goal off the crossbar.

Where Mama Keeps the Peanut Butter: A goal scored in the top of the net, presumably where peanut butter is stored.