How ‘bout the Ring of Honor, Jerry?

Jimmy Johnson will be inducted into the Pro Football Hall of Fame, but he’s not a member of the Dallas Cowboys Ring of Honor and Jerry Jones won’t say why. 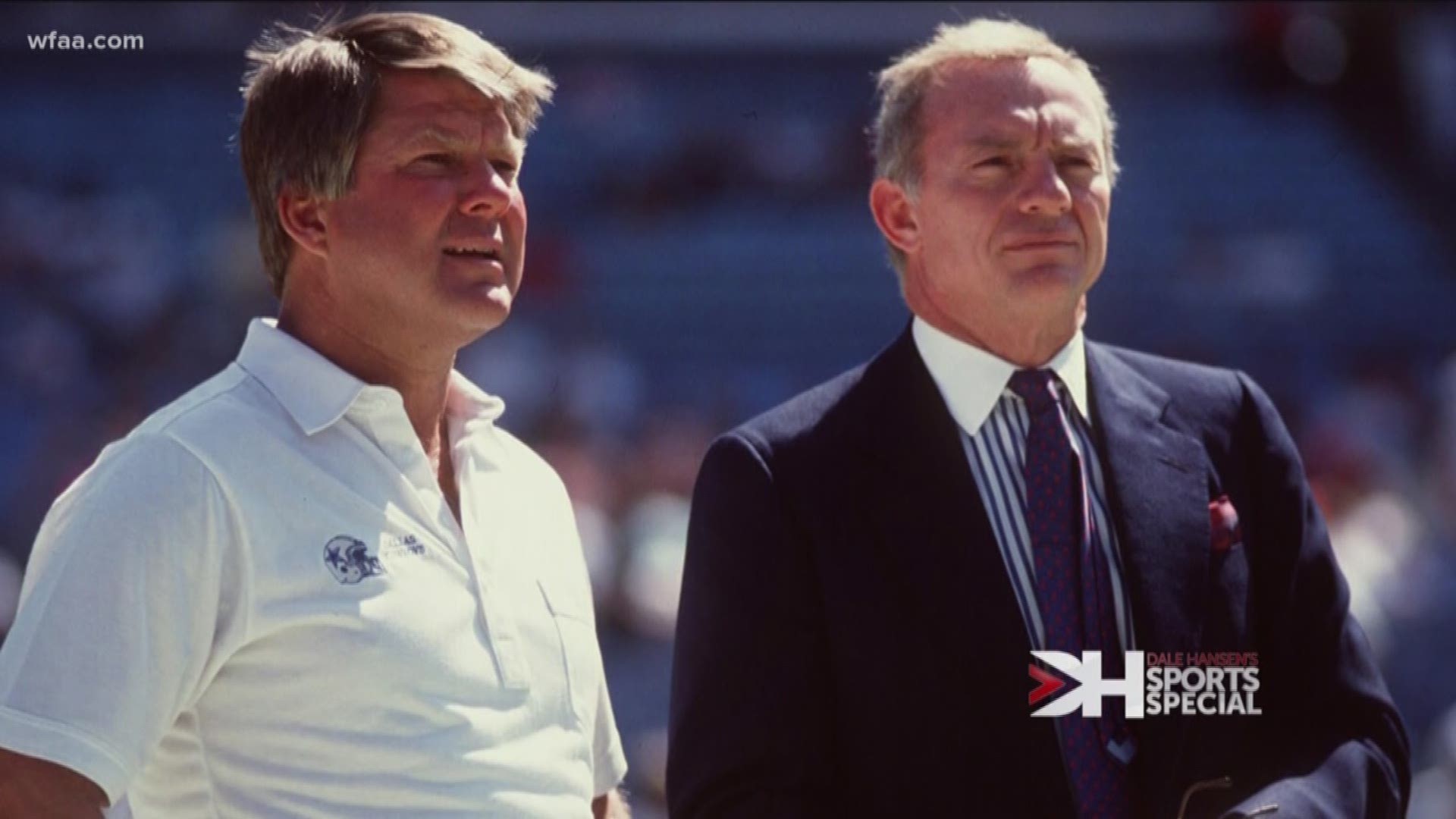 ARLINGTON, Texas — When Jimmy Johnson learned on live television that he was going into the Pro Football Hall of Fame, a lot of Dallas Cowboys fans found themselves fighting back tears.

Johnson openly wept and then the broadcast cut to a shot of former Cowboys quarterback Troy Aikman’s red, watery eyes.

That was the second and final time the Cowboys won the Super Bowl under Johnson’s watch.

“I know you weren’t alive back then, but I got to witness some of the magic back in the early '90s,” he said to his students on Monday.

Burris is the PE teacher at Ellis, and when he can find a way to use sports in the news as a teaching tool, he does.

Monday, hours after Johnson’s Hall of Fame induction became public, Burris showed his classes a YouTube video about Johnson – one that featured Aikman.

In the video, Aikman said Johnson liked to give a certain speech about being the best you could be. But Aikman said it wasn’t just about athletics.

And that’s the message Burris remembers resonated with him when he was a kid.

Burris’s family regularly visited Cowboys training camp when it was held in Austin.

He got a chance to briefly meet Johnson, Aikman, Michael Irvin and other legends.

“I know not everyone’s a football fan or a Cowboys fan,” he said to his students after showing them the video. “But knowing that you’re trying your best, doing your best – that’s the message that Jimmy Johnson passed on.”

“Do your best every day, whether it be math, reading, PE. That’s such a positive message everyone can connect to."

Johnson is one of the best coaches the Cowboys has ever had, but he’s not listed among the team’s elite in the Cowboys Ring of Honor.

Johnson was Jones’s first hire. They’d been teammates and roommates in college, but after back to back Super Bowl wins, the two parted ways in 1993.

Aikman, Irvin, Emmitt Smith and other members of those Super Bowl teams have been inducted into the Ring of Honor, but Johnson has not. Aikman is among the former players who have said Johnson's name should be there.

When Jones was inducted into the Pro Football Hall of Fame, he acknowledged Johnson in his speech.

Sunday night, Jones congratulated his former coach with this statement:

“We’re so happy that the Hall of Fame has recognized Jimmy Johnson for what he is. A great coach. To Jimmy I say, ‘The stars were aligned and our dreams came true when we joined the Dallas Cowboys.’ And on behalf of the Cowboys, and our fans all over the world, I say congratulations Jimmy. We’re proud of you.”

But on Monday, the Cowboys would not comment on whether Johnson is being considered for the Ring of Honor.

They also would not comment on how Ring of Honor decisions are made.

“I think after this announcement, hopefully, they kind of bury the hatchet,” Burris said. “Maybe this pushes it over the edge and he gets inducted into that ring as he should’ve a long time ago, in my opinion.”