The draft class for the Dallas Cowboys has been defense-focused but they still found time to add a potential playmaker in Stanford WR Simi Fehoko at No. 179 overall. 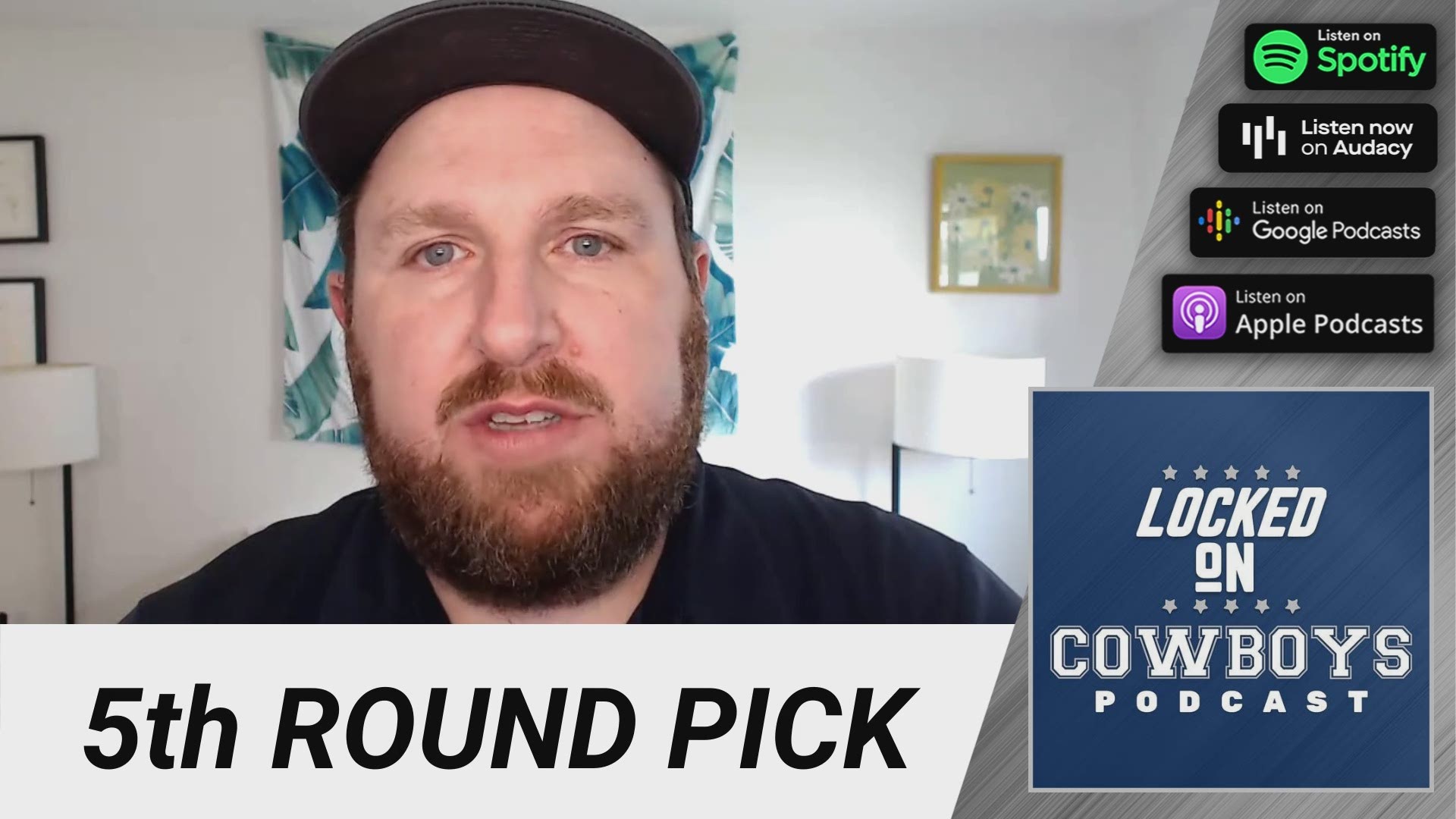 FRISCO, Texas — The Dallas Cowboys skipped the offensive side of the ball on the first two days of the 2021 NFL Draft, instead focusing on the defense for their first six picks. On the final day of the draft, Dallas decided to add to their strength with a pass-catcher for the offense.

With the 179th pick in the fifth round, the Cowboys selected Simi Fehoko, a wide receiver out of Stanford. It took five rounds, but Dallas finally drafted a skill position player.

Although it wasn’t the highest need, Fehoko will compete for a role in the receiver room that is filled with star talent for the Cowboys. An older prospect at 23 years old, Fehoko should bring an intriguing skillset to the offense.

Kehoko stands at 6-feet-4-inches, weighs 227 pounds and has 4.43 speed. If there’s one thing that the Cowboys offense has missed from their wideouts, it’s elite speed. Dallas has one of the league’s best receiving trios in Amari Cooper, CeeDee Lamb, and Michael Gallup, but they didn’t have anyone capable of taking the top off a defense.

The Utah native was a First Team All-Pac-12 receiver for the Cardinal and set school records for catches (16) and yards (230) against UCLA in his senior season. In his last two seasons at Stanford, Kehoko averaged 23.6 and 15.5 yards per catch, making him a big play waiting to happen.

However, Fehoko is more than just a speed threat. His size makes him a big target that can be utilized in the red zone and he also offers good footwork to get in and out of routes. Fehoko also is impressive with the ball in his hands after the catch.

Fehoko is a solid special teams player, as well, and that could be his initial path to the roster. Fehoko blocked a field goal attempt at Stanford, for example. The team has shown a strong inclination to improve their ST units for coordinator John Fassel since his arrival last year.

If the Cowboys can harness some of the raw traits from Fehoko, they may have themselves a steal. You can’t teach the size and speed of Fehoko, both of which the Cowboys could use at wideout to offer a different look.

Fehoko’s arrival may also prepare the Cowboys for the impending departure of Gallup, who’s a free agent after the season.

After the top three on the Dallas depth chart, the wide receiver position is far from set in stone. The Cowboys did bring back veteran receivers Cedrick Wilson and Noah Brown, but Fehoko has a chance to stick and help the offense in the deep passing attack for QB Dak Prescott.

The Cowboys felt the need for speed and Fehoko was too good of a talent to pass up in Round 5.

Are you glad to see Dallas remember to add weapons to the offense at the draft? Share your thoughts with Ben on Twitter @BenGrimaldi.