Mavericks to retire Dirk Nowitzki's No. 41 in January

Owner Mark Cuban confirmed to WFAA's Joe Trahan that the jersey retirement will be held on Jan. 5, 2022. 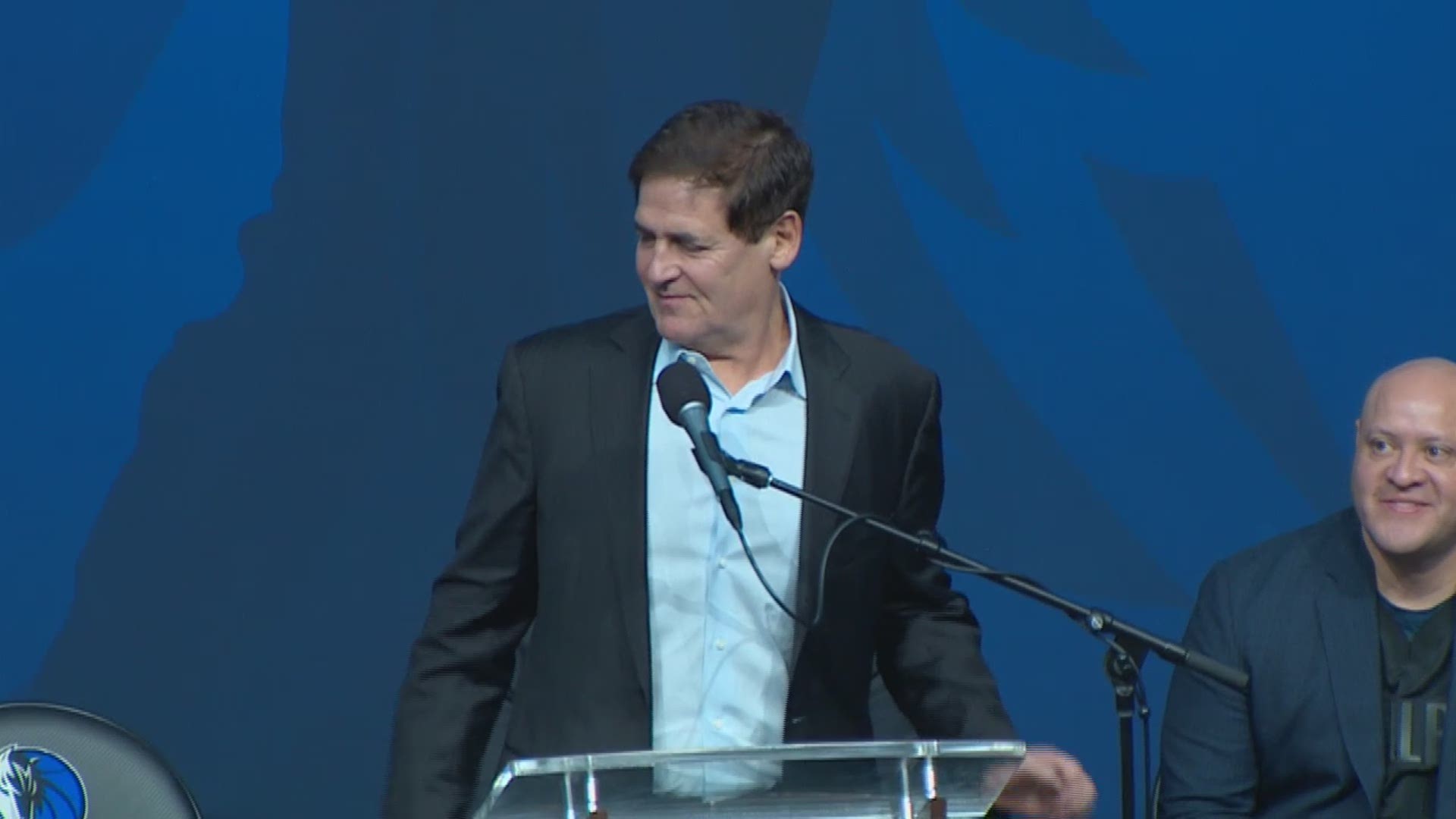 DALLAS — This January, a GOAT will have his jersey retired. Dallas Mavericks' GOAT. Our GOAT.

The precious No. 41, belonging to the one and only Dirk Nowitzki, will officially not be worn by any other Mavs player.

As it should be.

Owner Mark Cuban confirmed to WFAA's Joe Trahan that the No. 41 will be retired on Wednesday, Jan. 5, 2022, when Dallas takes on the Golden State Warriors.

"It's going to be amazing," Cuban said.

It'll be nearly three years since Nowitzki shot his last fadeaway as a Maverick and NBA player. He played his last game on April 9, 2019 after a 21-year career - all in Dallas.

Need a reminder of what Dirk did with his career?

Nowitzki is number six on the all-time NBA scorers list. He was also a 14-time All Star, four-time All-NBA First Team, and 2007 NBA MVP.

And who could forget his amazing 2011 Finals run in which Dallas won the NBA title and Nowitzki won Finals MVP.

Following his retirement, Nowitzki was also honored with his own street name, appropriately called "Nowitzki Way," right in front of the American Airlines Center between North Field Street and Victory Avenue.

And of course, he's not done just yet.

After the jersey retirement, the only thing left is a Hall of Fame induction. But that's a given.

No. 41 also helped the Mavs last offseason by joining as a special advisor when the team parted ways for Rick Carlisle and Donnie Nelson. The team ended up hiring former point guard Jason Kidd as coach and Nico Harrison as general manager.

Details on the jersey retirement event were not specified. But we'll be eagerly waiting!