"He's not supposed to be gone. To us, he's still a little baby that was born just yesterday," Frank Trazzera said. 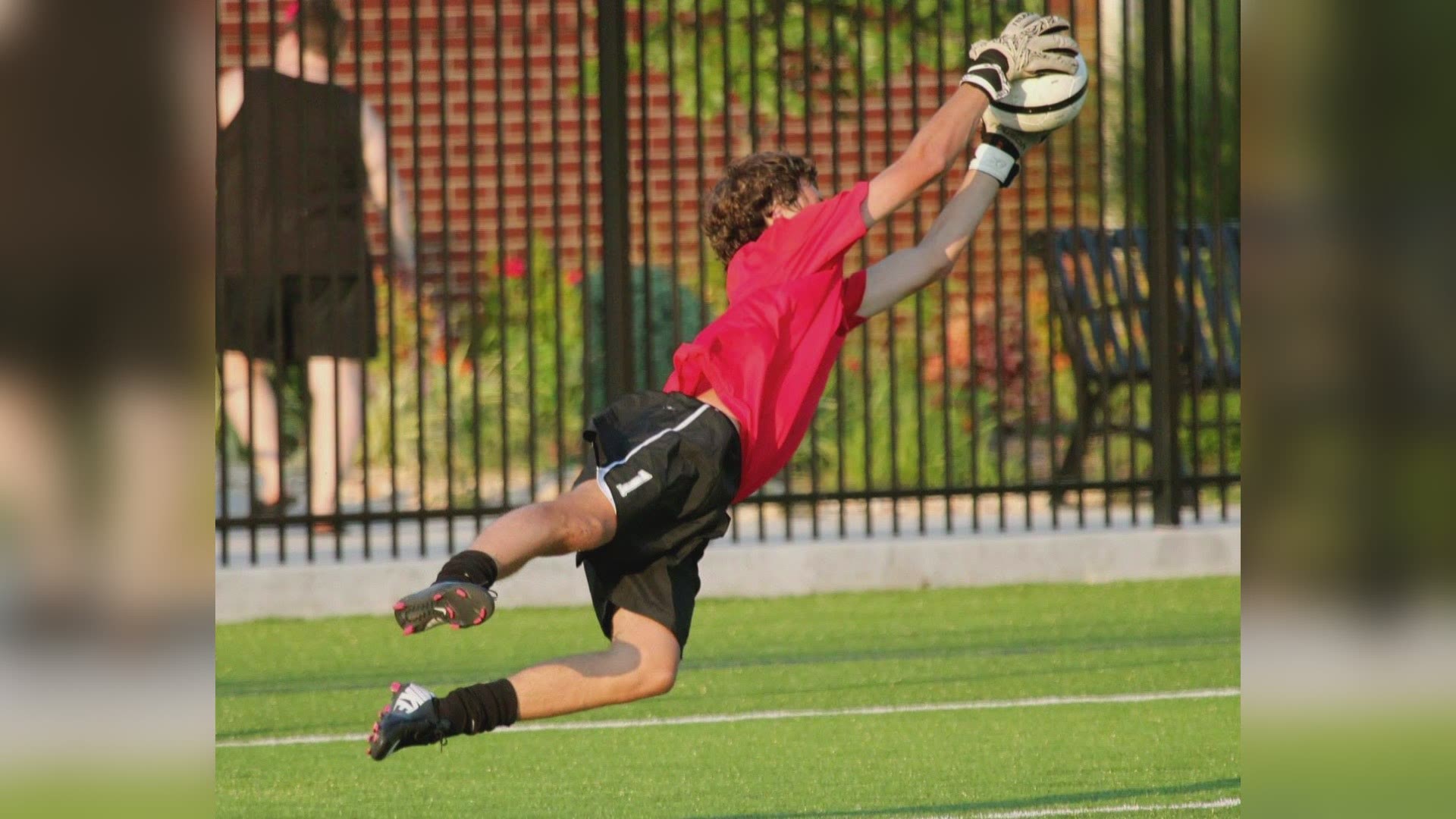 DALLAS — Uniforms make everyone look the same, but there's always more to someone than what meets the eye.

Mitchell Penton wore a few different uniforms over the years.

Then he traded the jersey and shorts for the blue and a badge, joining the Dallas Police Department in 2019.

Penton was in uniform Saturday, when he reported to the scene of a car crash on North Central Expressway.

While he was outside of his police car, Penton and his vehicle were struck by a drunk driver traveling northbound at a high rate of speed.

Penton was transported to a nearby hospital, where he later died. He was 27 years old.

"All we can do is share our love right now," said family friend Frank Trazzera. "That's all we can do."

Trazzera and his wife Karen have known Penton's parents Tim and Kathy Penton for more than 30 years.

The two families have shared many barbecues, breakfasts and hockey games together over the last three decades.

Trazzera was on the phone with Tim Penton just hours after the fatal crash.

"There were no words that I could say to him or that he could say," Trazzera said. "We just cried together. And we've been crying ever since. He's not supposed to be gone. To us, he's still a little baby that was born just yesterday."

Penton is survived by his parents, his younger sister and his younger brother. He also leaves behind his wife Noel, his stepson, and his unborn son. Noel is four months pregnant.

His memory will also carry on in the hearts and minds of the team he suited up for every night, with no questions asked.

"When they bring Mitchell out of the hospital, and [the exit] is lined by police officers on the left and the right, it just shows the kind of great support," Trazzera recalled, referencing the video of Mitchell's body being escorted out in front of his brothers and sisters in blue. "And [Mitchell] comes out and he's covered in the flag and his parents right behind him. That's a moment I'll remember forever."

Trazzera is the owner and president of the NYTEX Sports Centre and the Lone Star Brahmas, a junior hockey team based in North Richland Hills outside of Fort Worth.

Penton spent dozens of nights rinkside watching with his family and supporting the Trazzera sons, Frank Jr. and Joey.

The night Penton passed away, the Brahmas held a moment of silence before their game against Wichita Falls, in honor of their diehard fan and loyal friend.

"The thing that will stand out most for me is I don't remember [Mitchell] not having a smile on his face and having something positive to say," Trazzera said with a tear in his eye.

A GoFundMe has been started for the Penton family. If you wish to donate to the Officer Mitchell Penton Memorial Fund, click here.