Authorities said Officer Mitchell Penton had his emergency lights on at the time of the incident. He had been with the department since 2019. 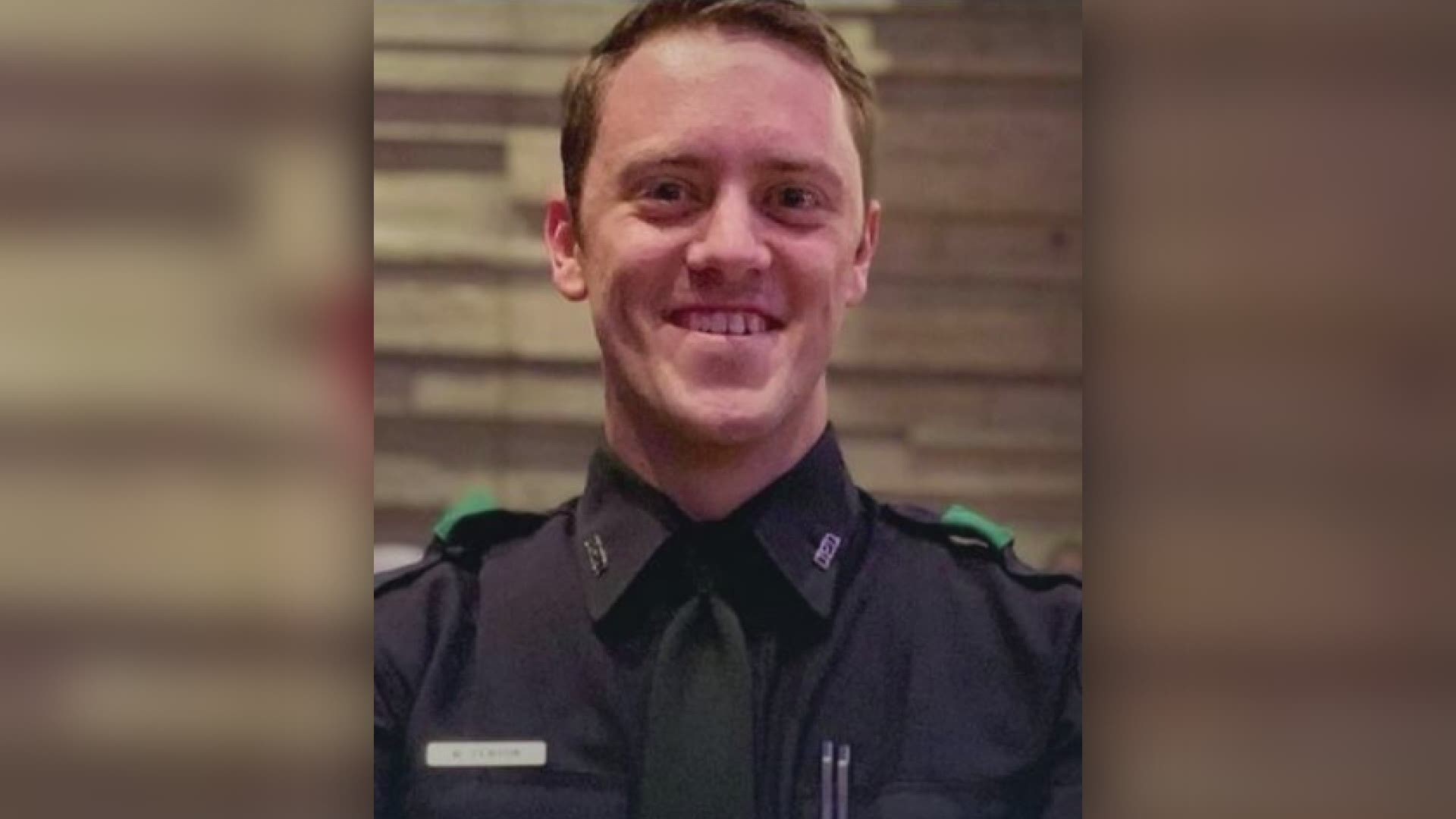 A Dallas police officer has died after being hit by a suspected drunk driver at an existing crash scene early Saturday morning, officials said.

Police said 27-year-old Officer Mitchell Penton was blocking the crash scene in the northbound lanes of the North Central Expressway at Walnut Hill Lane around 1:45 a.m. when he was struck.

According to officials, 32-year-old Phillip Mabry was driving a Kia Forte and was reportedly speeding when he crashed into the officer's patrol vehicle. The impact caused the police vehicle to strike the officer.

Authorities said Penton's emergency lights were on at the time of the incident. He was taken to Baylor Hospital where he died. He joined the department in February 2019 and was assigned to the Northeast Patrol Division.

According to investigators, Mabry was intoxicated at the time of the crash. He didn't suffer any injuries and was taken into custody.

A female passenger in the Kia Forte was transported to an area hospital for trauma to her chest area and a laceration on her face, Dallas police officials said.

Officials said Mabry was booked into the Dallas County Jail. He faces two charges including intoxication manslaughter on a police officer and intoxication assault.

Chief Eddie Garcia tweeted about the incident around 5:15 a.m., "Our department is once again mourning, but we are heartened by the strength of his family. Godspeed my brother," the tweet partially reads.

It is with a heavy heart that I announce that this morning at approximately 0125 a @DallasPD officer, working an accident scene, was struck and killed by a DWI driver. Our department is once again mourning, but we are heartened by the strength of his family. Godspeed my brother.

Garcia also shared a video of fellow first responders lined up outside Baylor Medical Center paying their respects to the fallen officer. "Rest easy, hero. We'll take it from here."

Tragic night for us. This, a small sign of respect and admiration for a fallen brother and his family. Thank you to all Fire/EMS and to Baylor Medical Center for your tireless efforts. Rest easy, hero. We’ll take it from here. pic.twitter.com/Dxu0AO06a8

"Our hearts are heavy right now. This young officer had such a bright future ahead of him. We asked that the community join us as we pray for the officer’s family. We would also like to extend that prayer to the brave men and women of this great department.” said Garcia.