Elvis Andrus: 'It's an honor for me to become an American today'

The Texas Rangers shortstop told WFAA he was nervous taking the citizenship test, "way more than playing baseball for sure." 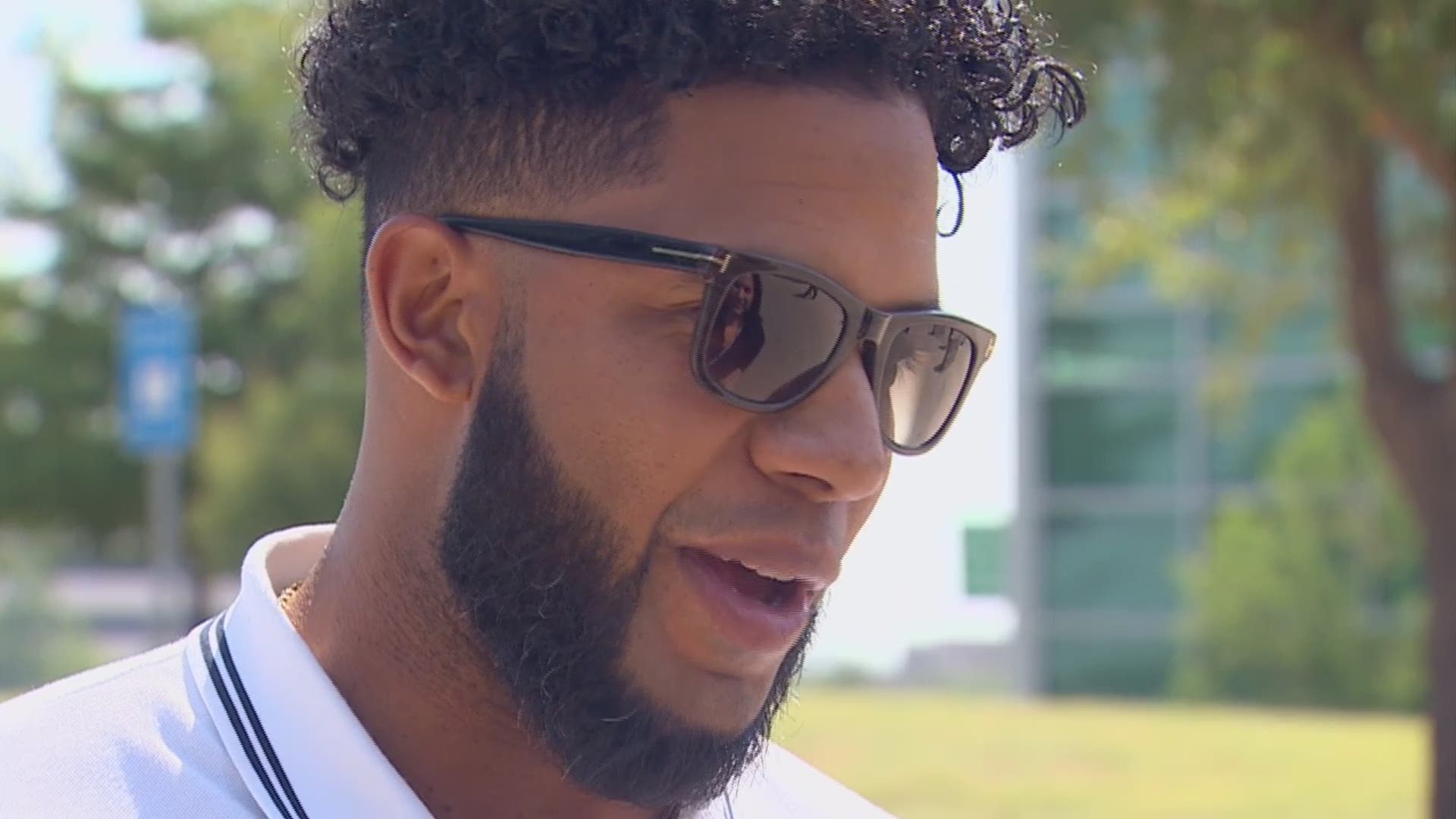 He was sworn in at 12:30 p.m. at the U.S. Citizenship and Immigration Services Offices in Irving.

“I think it was the right time for me to become a citizen especially with everything we are going through with immigration," Andrus said.

Andrus was 16 when he came to the U.S. from Venezuela in 2005. He joined the Texas Rangers four years later and has become the face of the franchise.

Though he has been a U.S. resident for the past five years, he felt it was time to become a citizen, in part because of political strife in Venezuela.

"It's an honor for me to become an American today," he said.

He wanted to take the citizenship test last year but wasn't able to. When he learned he could take it this month, he made sure he was available even though the Rangers were traveling.

Andrus left Oakland late Thursday after the game so he could take the U.S. citizenship exam Friday morning.

He says he passed with flying colors clearing the way for the swearing-in ceremony.

“I studied for the past week. I think I over prepared myself. I was a little nervous, way more than playing baseball for sure," Andrus said.

Andrus shied away from commenting much on the sometimes violent protests in Venezuelan after voter suppression was reported in the 2018 presidential election there.

Instead he focused on what it will mean to be an American citizen. He will be able to vote in the 2020 presidential election. And he looks forward to celebrating more U.S. holidays like other proud Americans.

Seeing that American pride is “something that gives me chills, you know, the Fourth of July and holidays. It's amazing the way they remember things. The past, it never goes away," he said. "Every country should be that way."

After the ceremony, Andrus hopped on a plane and headed back to Oakland.