"There will be winners and losers in something like this. There always is," said Ray Perryman, Ph.D. of his analysis of an OU/Texas departure from the Big 12. 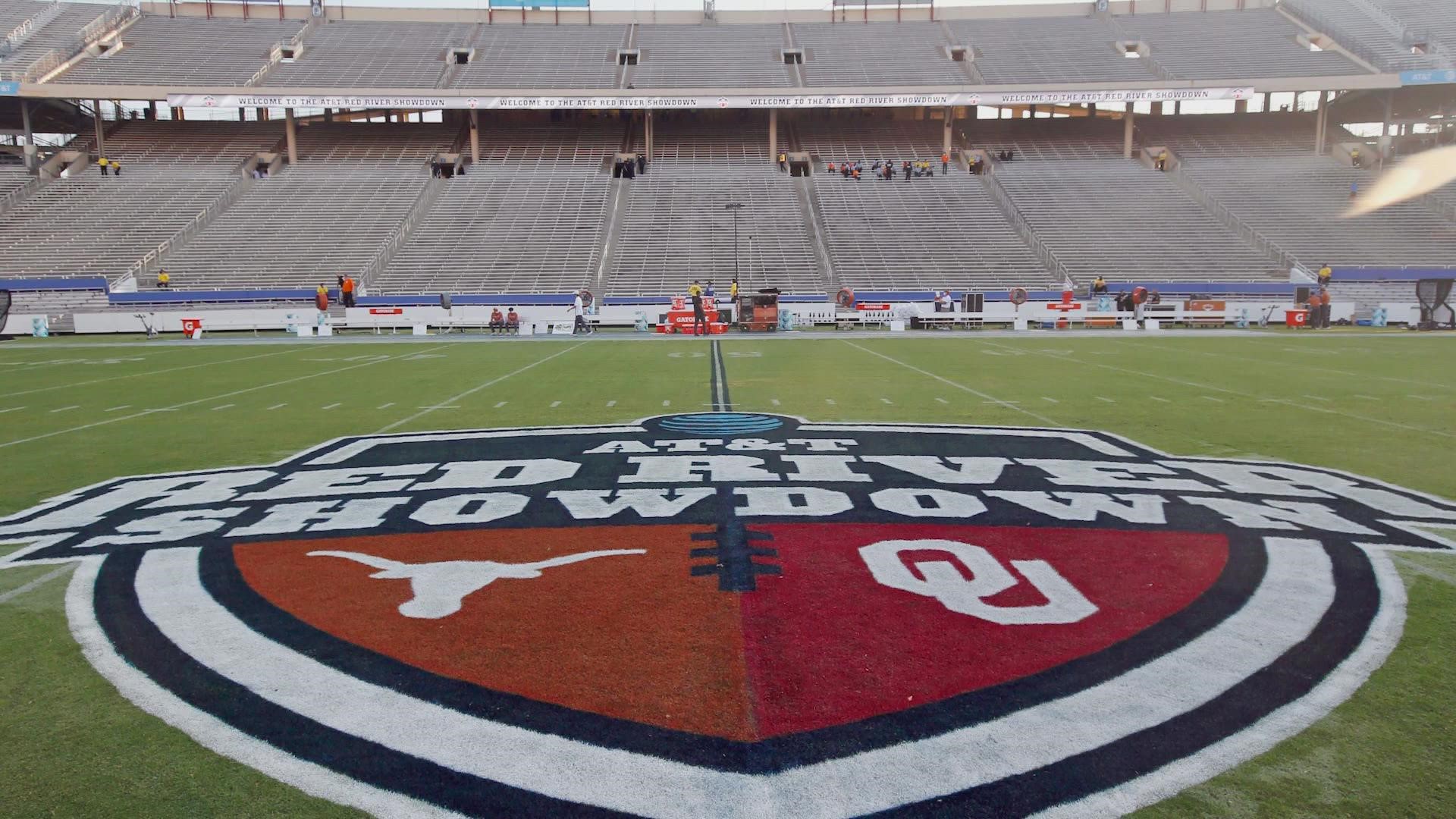 DALLAS — The conclusion of the economic analysis gets straight to the point.

"If UT and OU leave the Big 12 Conference, hundreds of millions of dollars in gross product and thousands of jobs would be lost due to effects on Baylor, TCU, and Texas Tech."

It's the conclusion of mathematician and economist Dr. Ray Perryman, of The Perryman Group in Waco, who issued his analysis this week of the potential economic consequences of the University of Texas and the University of Oklahoma leaving the Big 12 for the SEC.

Using his widely-accepted models for the multiplying effect of major economic decisions, he predicts that if OU and Texas leave the Big 12 and that the rest of that conference stays intact, that the Big 12 could stand to lose as much as $938.9 million and more than 12,600 jobs.

In a second economic scenario, assuming the Big 12 were to dissolve and its members university sports programs leave for other conferences, he predicts the Big 12 schools could lose up to $1.3 billion and more than 18,000 jobs.

"If you lose those two teams you've basically lost two of the top 10 earning athletic programs in the country and nobody else in the Big 12 is in the top 25," Perryman said.

What some insiders predict is likely next is that despite a pledge to stay in the Big 12 though the year 2025, Texas and OU might negotiate an earlier exit: perhaps as early as after this coming season.

"Most likely I think if they want to leave early they can offer to buy themselves out of the contract," Dallas attorney Gene Besen of Bradley Arant Boult Cummings LLP said. "It can just be a normal, not normal but at least a routine, business negotiation from a contract law standpoint."

Besen is not involved with any of the Big 12 or SEC schools.

The question is just how big that number would be and what Baylor, TCU and Texas Tech might demand as compensation for the Big 12's biggest money generators walking away.

"But it's a very very long journey. You can think of this as the first serve in a five set tennis match," Perryman said.

"There will be winners and losers in something like this. There always is," Perryman said, suggesting a potential additional impact by athletes, now emboldened by changes in endorsement rules, to head primarily to major SEC programs.