With Prescott sidelined, Cowboys could have need for veteran backup QB

The Dallas Cowboys have an early camp scare with Dak Prescott nursing a strained shoulder which has put the backup QBs back in the spotlight. 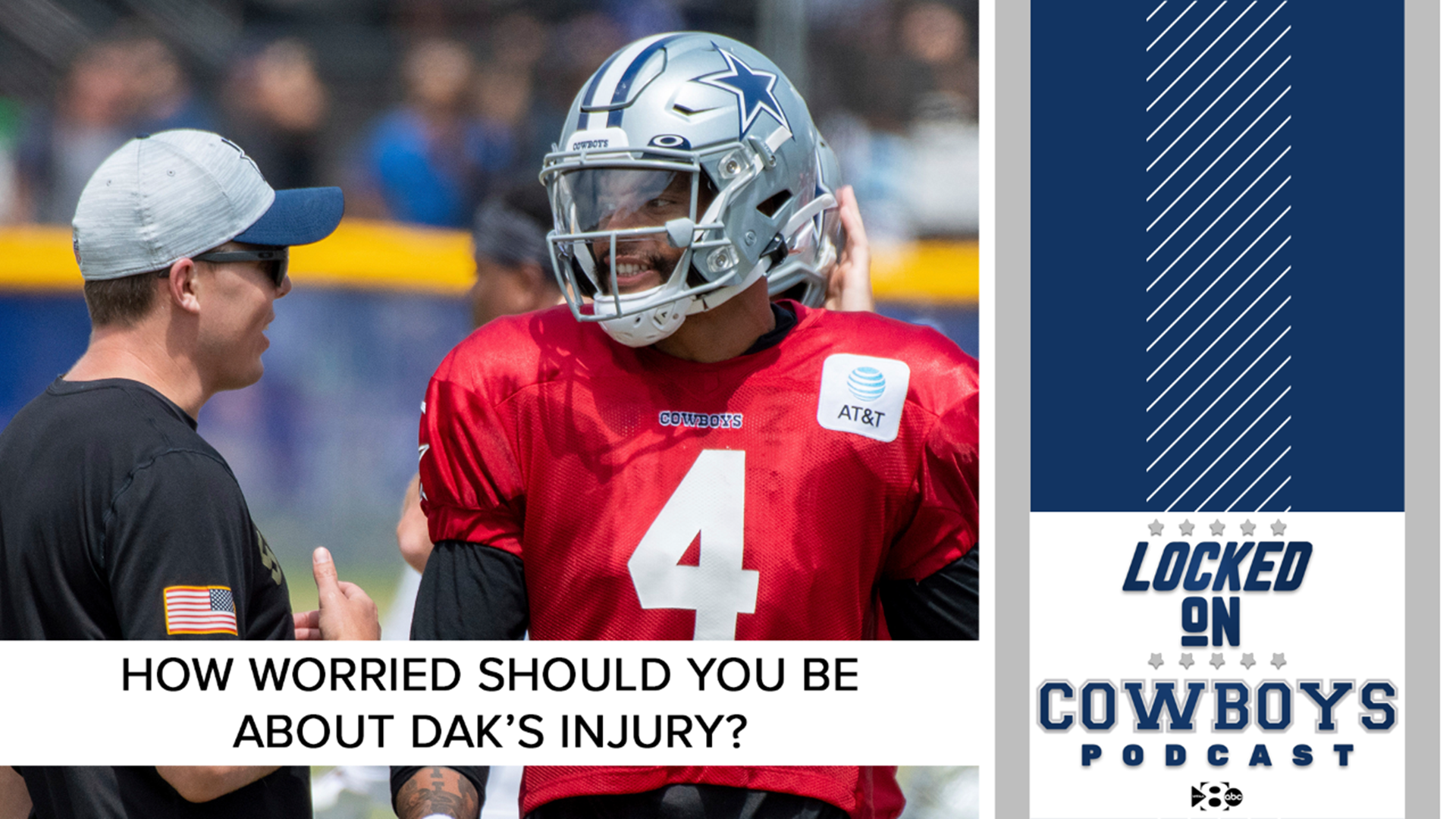 DALLAS — The Dallas Cowboys got their first bad piece of injury news in training camp, and the name called was the one that no one was hoping to hear. After rehabbing and coming back from a horrific injury, quarterback Dak Prescott left the field with an ailing shoulder before the Cowboys’ first padded practice of the summer.

It was an uncomfortable sight to see, but the good news is that the injury isn’t related to the ankle that cost Prescott most of his 2020 season. The source of the damage appears to be a sore throwing shoulder, which is expected to keep Dallas’ main signal-caller out for a few weeks.

Per Cowboys update on Dak Prescott.
“After leaving today’s practice early with soreness in his right arm, Dallas Cowboys quarterback Dak Prescott underwent an MRI examination in Oxnard, CA. The results of that test showed that Prescott has a muscle strain in his right shoulder.

The timetable is a guesstimate and knowing how hard it is to keep Prescott from working, he could return sooner rather than later. However, the Cowboys would be wise to ensure Prescott doesn’t push it too much before the season starts.

Without Prescott under center for the first real practice in camp, the defense had a solid day, intercepting passes from the backups. Losing QB No. 1 not only hurts the offense when he’s not there, but it also hurts the team’s preparation over the next few weeks as they prepare for September.

It might get a little tougher to evaluate some players if they aren’t getting the best help in training camp and the hope is it doesn’t hurt the team in the long run.

Anyone who watched today's Cowboys practice in a vacuum would walk away and say this team has a backup quarterback problem. And after five interceptions today, it very well may. Period ahead without Dak Prescott to reveal exactly where team stands.

The Cowboys only have themselves to blame. Dallas decided against adding a sufficiently strong backup option during the offseason and opted to roll out Garrett Gilbert, Ben DiNucci and Cooper Rush behind Prescott. If a serious injury occurs to Prescott again, it feels like the Cowboys would be in trouble.

It’s early in camp and the Cowboys don’t play a real game for over a month. There’s plenty of time for Prescott to get back and be ready for the season, so there’s no reason to panic. If the timeline for his return is accurate, Prescott should be back in time to play in the third preseason game, if the team even wants to play him. That is traditionally the game where the starters play the longest in preparation for the regular season but considering Prescott’s status as someone the Cowboys can’t afford to play without, who knows if he even suits up for that exhibition contest.

The Cowboys dodged a bullet with Prescott’s shoulder issue likely not being serious, but the situation is a good chance for Dallas to see what the season could look like without him. Last year, the team had a veteran it could trust in Andy Dalton. With him now in Chicago, the Cowboys don’t have a quarterback on the roster with more than one career start.

RELATED: VERIFY: No, HIPAA does not prevent Dak Prescott from disclosing his vaccination status

If there was ever an ideal time to get a long look at what the Cowboys have behind Prescott, now is the time. The absence of their starting QB should give Dallas ample time to evaluate what they have and if they need to go get a better option.

The top veteran names that are available include Robert Griffin III, who can utilize some of the same running skills that Prescott has in the offense, or Blake Bortles, who was recently released from the Green Bay Packers. Both would be a welcomed addition to the Cowboys and add experience that would come in handy if Prescott misses real game action.

RELATED: With Dak Prescott returning from injury, Cowboys could use a veteran backup QB

There’s no need to panic as Prescott has time to heal and Dallas won’t need him to push it with camp just getting underway. However, the Cowboys need to take advantage of this time and get a long look at what they have behind their starting quarterback because they cannot afford to be derailed for a second year in a row by backbreaking injuries.

Hopefully, the Cowboys use this time wisely and take their backup quarterback position seriously.