'We just knew we couldn’t pass up the chance to at least try': Vancouver couple moves to Dallas for uterus transplant

Kayla Edwards was born without a uterus. But through the clinical trials at Baylor University Medical Center, she's getting the chance to become a mom. 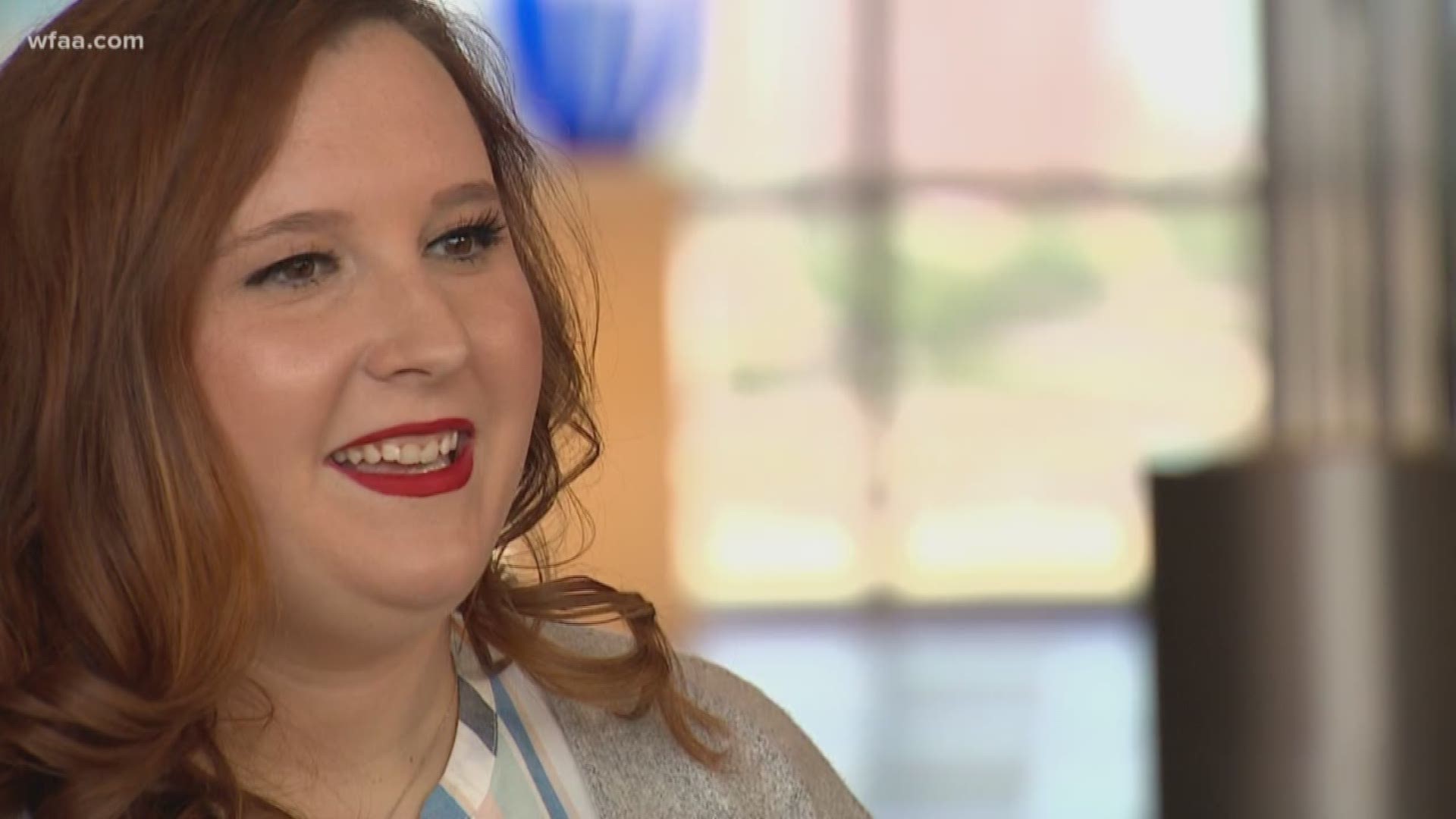 DALLAS — Kayla Edwards has always wanted to be a mom. But as a teenager, she received devastating news.

“Having a part of your body missing, you feel different,” said Edwards, 27. “You feel not the same as others.”

Edwards was born with MRKH, a congenital disorder that affects the reproductive tract. About one in every 5,000 baby girls are born with this condition. Kayla was born without a uterus.

When she heard about the uterus transplants and clinical trials going on at Baylor University Medical Center, she and her husband, Lance, sold their house in Vancouver, Washington and moved to Dallas.

“It was really hard because all of our family’s back there,” Edwards said. "We have no one in Texas. (But) when this came, we just knew we couldn’t pass up the chance to at least try."

Edwards had the surgery and received her transplanted uterus in 2017.

After three failed embryo transfers, she finally got good news: She got pregnant on her fourth and final embryo. Edwards is due in October with a baby girl.

“We lay in bed and dream about her face and what she’s going to look like and talk about her,” Edwards said. “It’s just really exciting. It’s like a dream still.”

The 27-year-old hopes she can be an inspiration to others with MRKH.

“The reason I’m doing this is to make it available for other people that are scared to talk about it. Infertility is already a taboo subject that a lot of women don’t like to talk about. They can look at me and have hope, which I didn’t have when I was 16 and was told I was never going to have kids,” said Edwards.

In March, we introduced you to Aprill Lane, a Boston woman who came to Dallas and donated her uterus as part of these clinical trials.

Baylor University Medical Center is hosting a collaborative uterus transplant symposium Friday and Saturday. Experts from around the world, including five different continents, are gathering in Dallas to discuss the transplant procedure and the clinical trials, as well as the future of treatment for infertility.