2,700 Texas Rangers fans have cardboard cutouts, or "DoppleRangers," in the stands for opening night at Globe Life Field. No real fans will be in attendance. 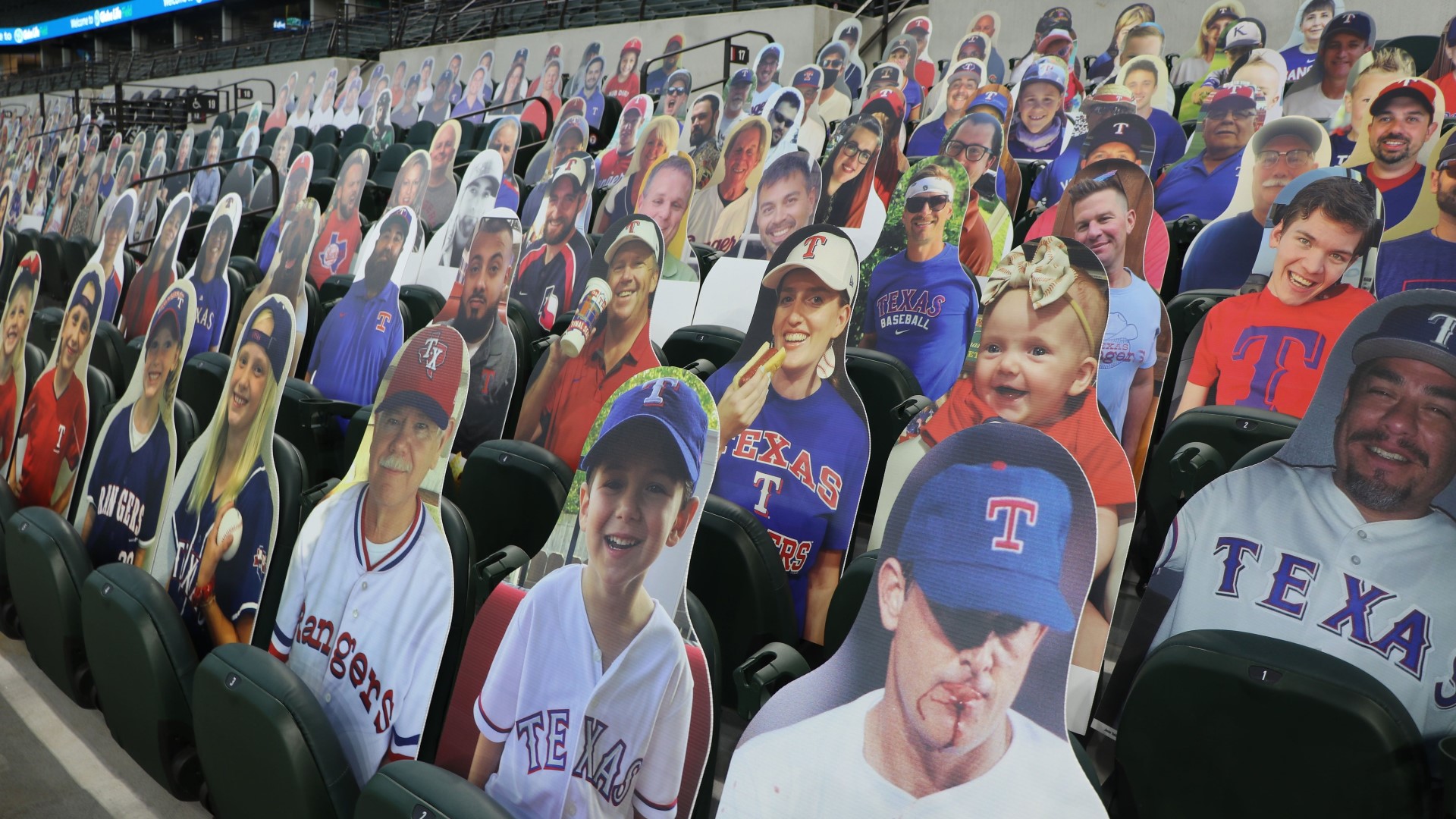 ARLINGTON, Texas — This season of baseball is starting off like never before. A few months ago, Texas Rangers fans were looking forward to experiencing the new Globe Life Field in person. But for opening night, none of them can be there.

Instead, 2,700 fans ordered two-dimensional cardboard cutouts of themselves to place in the stands.

"I ended up buying two, one for me and one for my brother-in-law," said Jason Scoggins, a fan.

RELATED: The Rangers offer you the chance to be in the stands while you watch the game at home

On Thursday, the cutouts, also known as "DoppleRangers,"  were displayed in the lower seating bowl areas behind home plate and the dugouts. The images of these Rangers fans will be there at least through the July games at Globe Life Field.

Scoggins said it's a weird time to start baseball season. While he wants to be at the game, he is looking forward to watching the home opener against the Colorado Rockies on television.

"I understand the reasoning and I'll be there with the cutout, so it will work itself out," he said.

Each cutout costs 50 dollars, and all proceeds benefit the Texas Rangers Baseball Foundation. 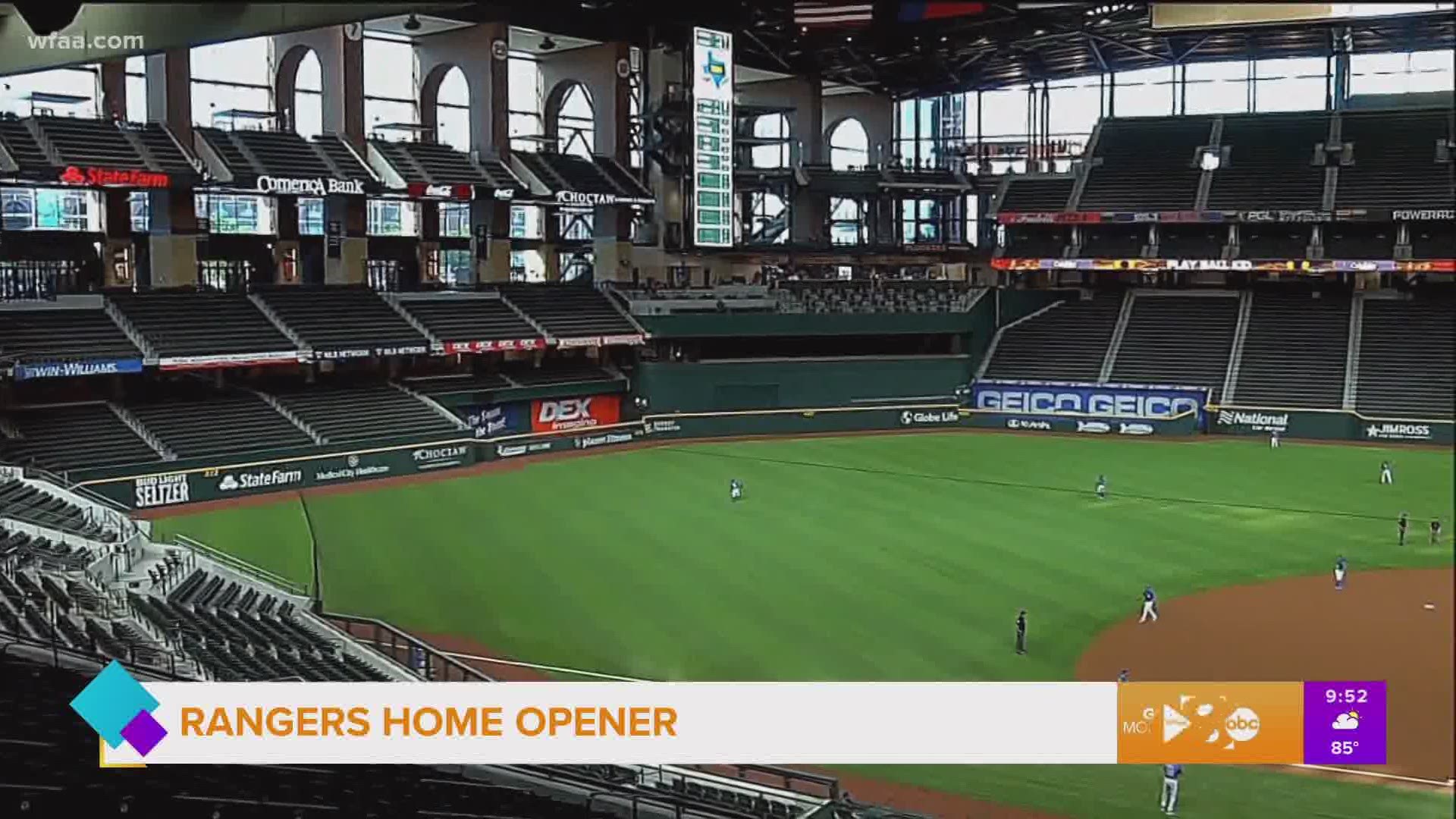