Jury in murder trial for Amber Guyger will likely be sequestered

The jury of 12 people will determine whether to convict the former Dallas police officer of murder in the death of Botham Jean, who was killed inside his apartment. 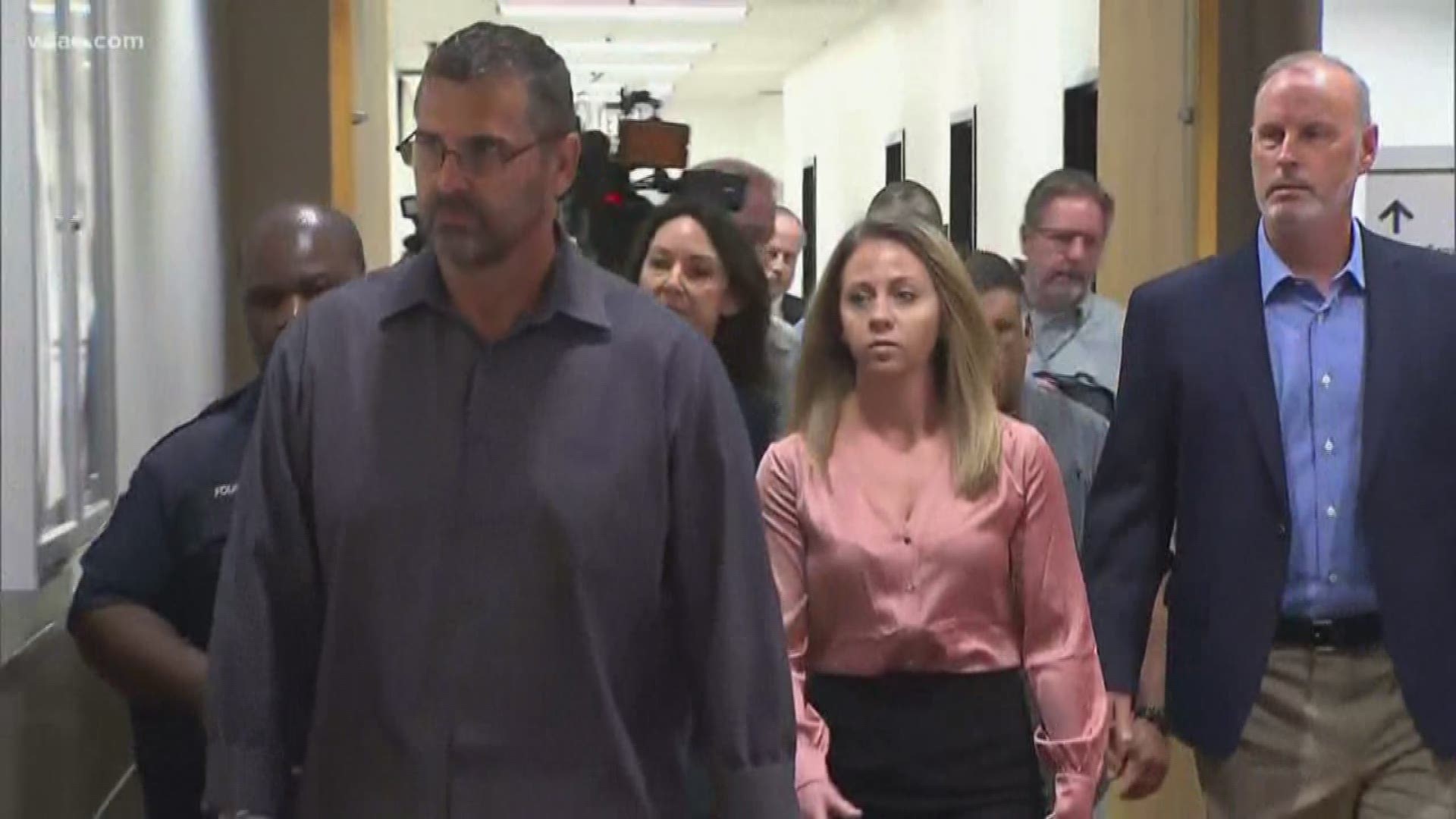 DALLAS — This story has been updated with additional details from jury selection.

The jury selected in the Amber Guyger trial will likely be sequestered for the duration of the case, said State District Judge Tammy Kemp on Friday.

Guyger had just gotten off work as a Dallas police officer but was still in uniform when she shot Botham Jean on Sept. 6, 2018, at the South Side Flats apartments. She is charged with murder.

The now-fired officer told investigators she parked on the wrong floor and thought she was walking into her own apartment. She said she believed Jean was an intruder when she shot him, police records show.

Jean's death sparked outrage in the community, and many activists said the shooting was racially motivated.

Guyger is white, and Jean was black.

Kemp told the potential jurors Friday that there is a "very high likelihood" that they would be sequestered -- meaning they would not have access to the internet and their phones, they could not watch the news and won't be able to talk to their family.

The move would keep jurors from being influenced by news coverage or social media posts about the case.

The trial could take as long as two weeks or more.

Friday's proceedings gave the first glimpse into the legal issues surrounding the case. Prosecutors and defense attorneys were each given two hours to explain the law to the potential jurors.

They asked jurors whether they could be fair. They also asked whether they had heard about the case or had an opinion on it already.

Prosecutor Jason Fine asked the potential jurors to look at Guyger before asking whether they would be able to convict her.

Several said they wouldn't be comfortable judging her.

The former cop teared up and wiped her face. It was one of the few moments Guyger showed emotion during the long process Friday.

At one point, defense attorney Toby Shook asked Guyger to stand up for the potential jurors to see her.

"This is Amber Guyger. I'm proud to represent her," Shook said.

She faintly smiled and appeared to mouth "hi" to the jurors.

He explained what it means for a defendant to claim self-defense, even if what the person believed to be a threat wasn't real.

Shook also said he did not want prospective jurors to confuse other cases of police officers wrongly shooting people with Guyger's actions.

"Those cases are not this case," he said.

About 4,000 summons were sent out for jury selection in the Guyger case. Nearly 800 people showed up for the first round of selection last week. They were asked to fill out detailed questionnaires.

By midday Friday, the prospective jurors were whittled down to 220 people.

By Friday night, 12 jurors and four alternates were selected.

The murder trial is scheduled for Sept. 23.

On Saturday preachers and church leaders in the Dallas area released the following statement:

"We strongly support the judge’s decision to keep the trial of former Dallas officer Amber Guyger in Dallas County, a region known across the nation for its strong diversity.

We trust that the jurors who will be appointed will judge the case appropriately based on the clear facts presented. Though Ms. Guyger’s legal team will work to find a jury sympathetic to the murder of an innocent Christian man, we believe that justice will prevail.

The proud men and women of Dallas County are more than capable of listening to all accounts surrounding the murder of our brother Botham Shem Jean, and make a fair assessment on the fate of Ms. Guyger. Dallas courts have rightful jurisdiction in this case; both parties were residents of Dallas County and the alleged crime and indictment occurred in Dallas County.

We have a steely resolve to remain visible and vocal throughout the trial and succeeding days." 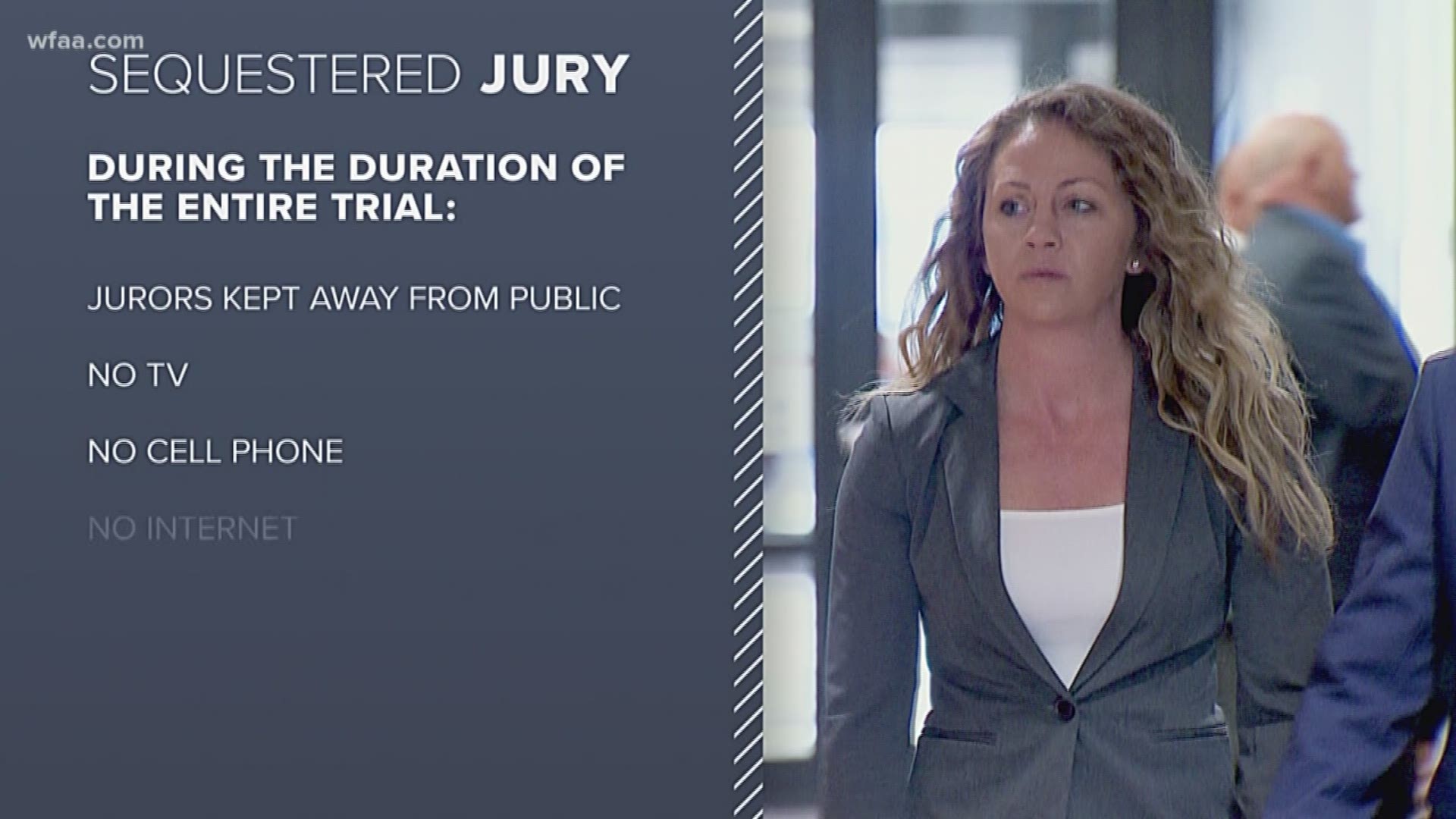