'She was interested in her job more than my son': Botham Jean's mother reacts to 911 call

Jean's mother Allison told WFAA that Guyger never mentions Jean being a burglar in the call, and gave no explanation as to why she shot him. 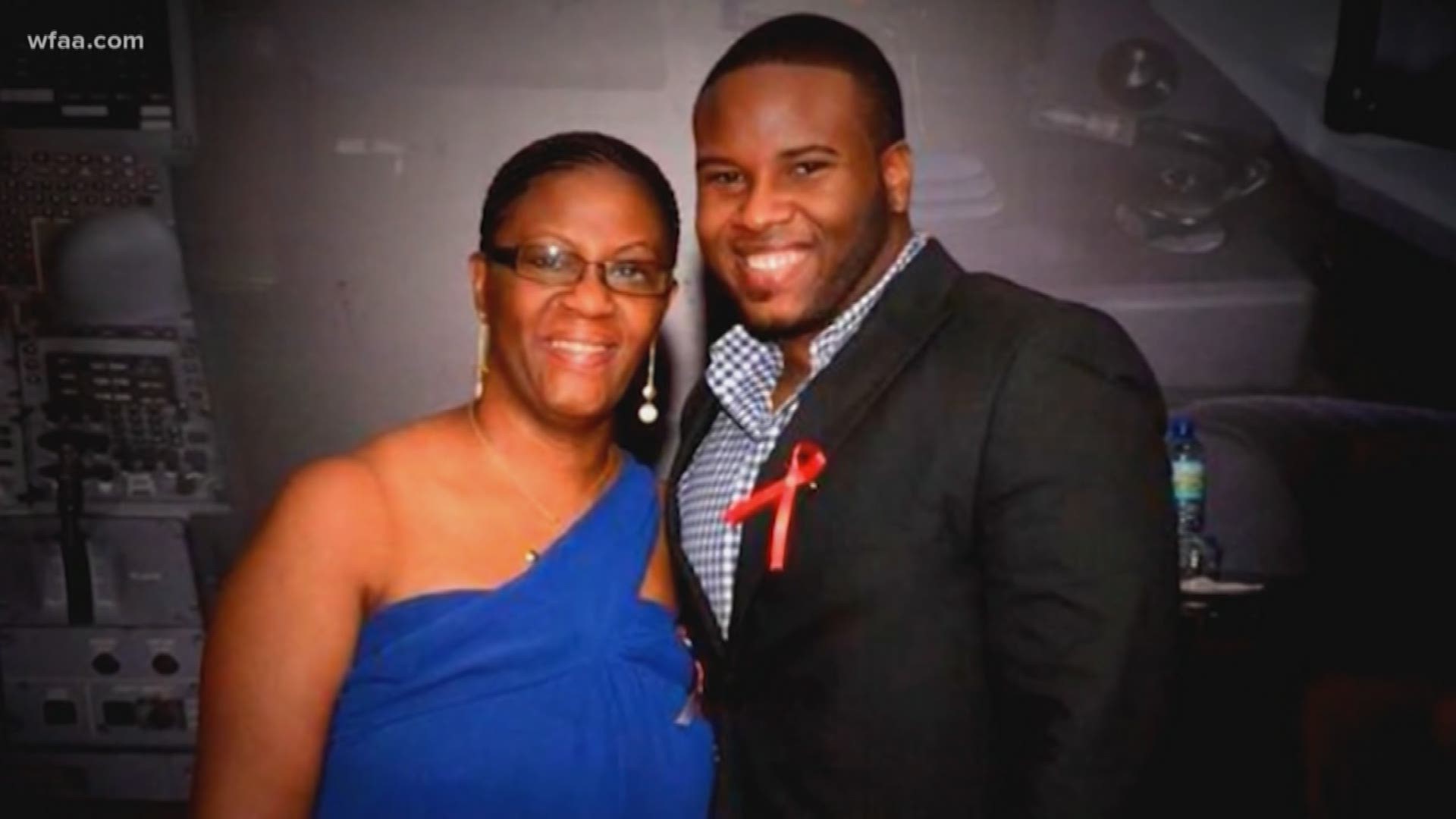 DALLAS, Texas — The mother of Botham Jean, who was gunned down in his apartment last year, told WFAA Tuesday that the ex-cop now charged with the 26-year-old's murder cared more about losing her job than her son.

Guyger was indicted on a murder charge last year. She lived directly below Jean at the Southside Flats off of Lamar.

She told investigators after the killing in September that she parked on the wrong floor of the apartments and entered Jean's home by mistake, then shot him thinking he was a burglar.

RELATED: 'A tragedy on every possible level,' Dallas residents react to ex-cop's 911 call

In the 911 call, you hear Guyger tell a dispatcher this repeatedly.

Guyger: I’m an off duty officer. I thought I was in my apartment and I shot a guy thinking he was, thinking it was my apartment.

Operator: You shot someone?

Guyger: Yes. I thought it was my apartment. I’m [expletive]. Oh my god. I’m sorry.

Jean's mother Allison told WFAA that Guyger never mentions Jean being a burglar in the call, and gave no explanation as to why she shot him.

"Why use deadly force if someone isn't a threat?"

Realizing her mistake during the call, Guyger tells a dispatcher that she will lose her job.

Operator: OK we have help on the way.

Guyger: I know but I’m, I’m going to lose my job. I thought it was my apartment.

"She was interested in her job more than my son," Jean said. "I listened and I heard someone not giving assistance to him."

Jean said the release of the 911 call has only rehashed the night that she lost her son.

"My husband started listening to the call, and his phone had to be taken away because he got hysterical at work," Jean said. "I'm distracted by this, and this is just affecting us and our family all over again."

Jean demanded answers after her son's death, telling a field of reporters on the steps of the courthouse that she just wants to know what happened.

WFAA asked her if this call gives her more context into her son's killing, she said it only fortified in her mind that she's anxious to see Guyger's trial.

"This tape only makes me more anxious to go to trial," Jean said. "This woman has every attribute of a murderer."

"Botham deserves justice and with every bone in my body I will fight to get justice for him."