'I gladly gave her a hug. I'm just sorry she had to ask me twice,' judge says of moment with Amber Guyger

Judge Tammy Kemp said the Amber Guyger who left her court in handcuffs wasn't the same Guyger who first entered it on Sept. 23. 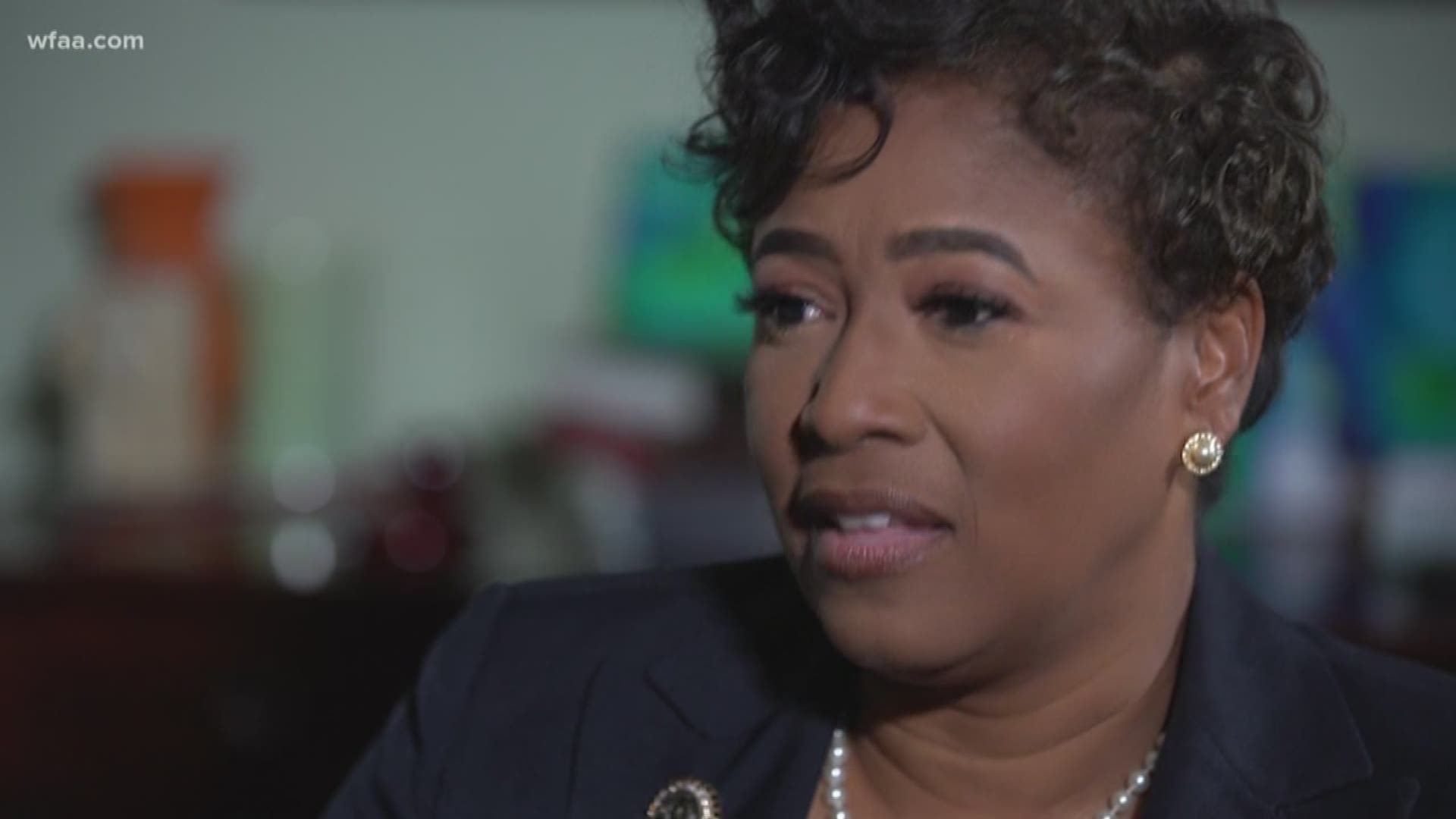 Some have called the moment a judge hugged Amber Guyger in court an astounding example of humanity. Others have called it unseemly.

After the jury decided the fired Dallas police officer should spend 10 years in prison, State District Judge Tammy Kemp gifted Guyger a Bible, and then the pair embraced.

"That's what everyone wants to talk about – the hug," Kemp said as she spoke about the trial for the first time since it ended last week.

The judge said the moment has been misconstrued. Though some have criticized Kemp's actions on social media, the judge said others have praised her and even sent her bibles.

Kemp said the Guyger who left her court in handcuffs wasn't the same woman who first entered it on Sept. 23, when the murder trial began.

Guyger, 31, was convicted of murder in the September 2018 shooting of 26-year-old Botham Jean.

After sentencing, Brandt Jean took the stand and told his brother's killer he forgave her and they hugged.

Kemp then stepped down from the bench and hugged the Jean family before approaching Guyger, who was still seated at a courtroom table with her defense attorneys.

The judge spoke to Guyger, left the room and returned with a Bible.

Then Kemp and Guyger hugged.

Before Kemp explained what the two women said to each other, she talked about Jean's brother.

Kemp said she had been concerned about what Brandt Jean may say to Guyger because he was the only person scheduled to give a victim impact statement.

Guyger had shot and killed his brother inside the man's own apartment. She was off duty but still in her police uniform when she went into the wrong unit at South Side Flats.

"And then I heard [the prosecutor] whisper, 'Please don't use any vulgarity,'" Kemp said. "So I didn't know what to expect."

RELATED: 'You start with this': Judge Tammy Kemp gives Amber Guyger a Bible after sentencing

But when he spoke, Brandt Jean took her by surprise.

"He spoke with such compassion," she said. 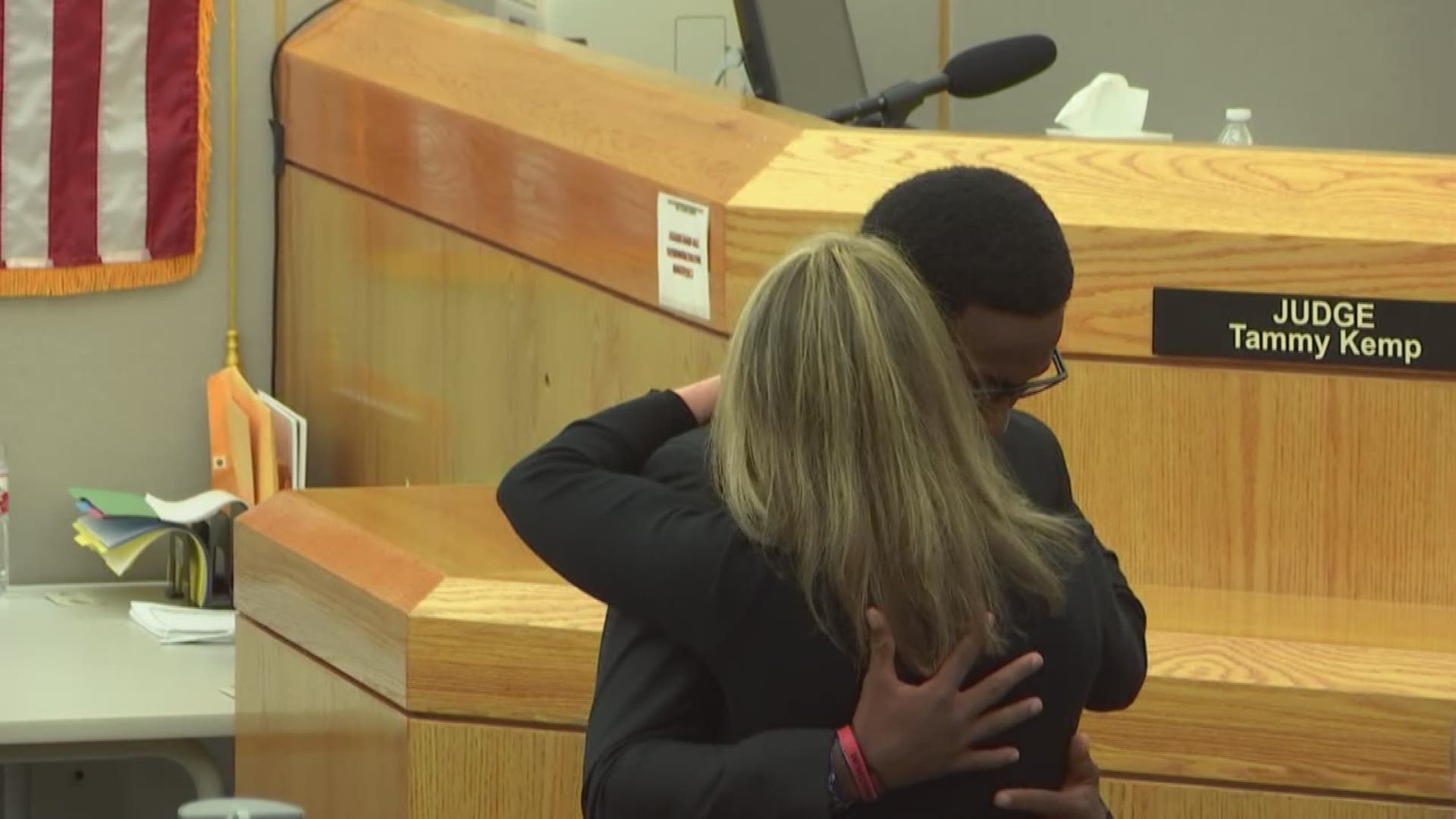 That's when she said she thought of Jean's parents.

"I thought, of course, this is who this young man is," Kemp said.

Then he asked to hug Guyger.

"I was looking at the bailiff. Generally, they're always shaking their heads no. I was wanting to say no," Kemp said of the moment. "But when he said the second please, I just had to say yes ... I just thought I could not deny him this."

It was at that moment, the judge said, that she saw a transformation in Guyger.

"She changed dramatically," Kemp said. "Brandt gave her some hope."

With the trial over, the judge said she did what she often does – talked with the victim's family to express her condolences.

After she hugged Jean's family, she said she looked around the courtroom and saw a divide – black people on one side and white people on the other.

"I didn't want to neglect Ms. Guyger," she said.

Kemp said this is also something she does frequently at the end of a trial. She talks with defendants to give them encouragement before they leave for prison.

"My kindness isn't limited to Amber Guyger," she said.

When Kemp approached the defendant, Guyger asked the judge if she thought God would forgive her.

"Do you think my life can change?" she said Guyger asked her.

That's when Guyger told her she didn't own a Bible.

"Where do I start?" Kemp said Guyger asked.

"So I got the Bible I use every day," the judge said.

“You just need a tiny mustard seed of faith,” the judge told Guyger. “You start with this.”

It was at this moment the former officer asked Kemp for a hug, she said.

Kemp denied reports that she prayed with Guyger.

"I wish I had that foresight," she said. "She was just telling me how good I was and how bad she was."

Following Kemp's actions, activists questioned whether a black defendant would have received the same treatment.

Kemp said it's been hard for her to grasp why some people have expressed outrage, "especially when there's so much of an outcry for reform in the criminal justice system."

She compared the moment with Brandt Jean and Guyger to reclamation hearings that take place in other countries. The hearings allow victims to sit and speak with the people who caused them harm.

But she said it isn't so long that the former officer won't be released back into society.

"If we want them to reenter society, there has to be some compassion," she said.

Kemp said she gave Guyger her Bible as a continuation of Brandt Jean's sentiment, encouraging the former officer to look within and seek change during her time in prison.

"So, yes, I was honored to give her my Bible," she said. "And gladly gave her a hug. I'm just sorry she had to ask me twice." 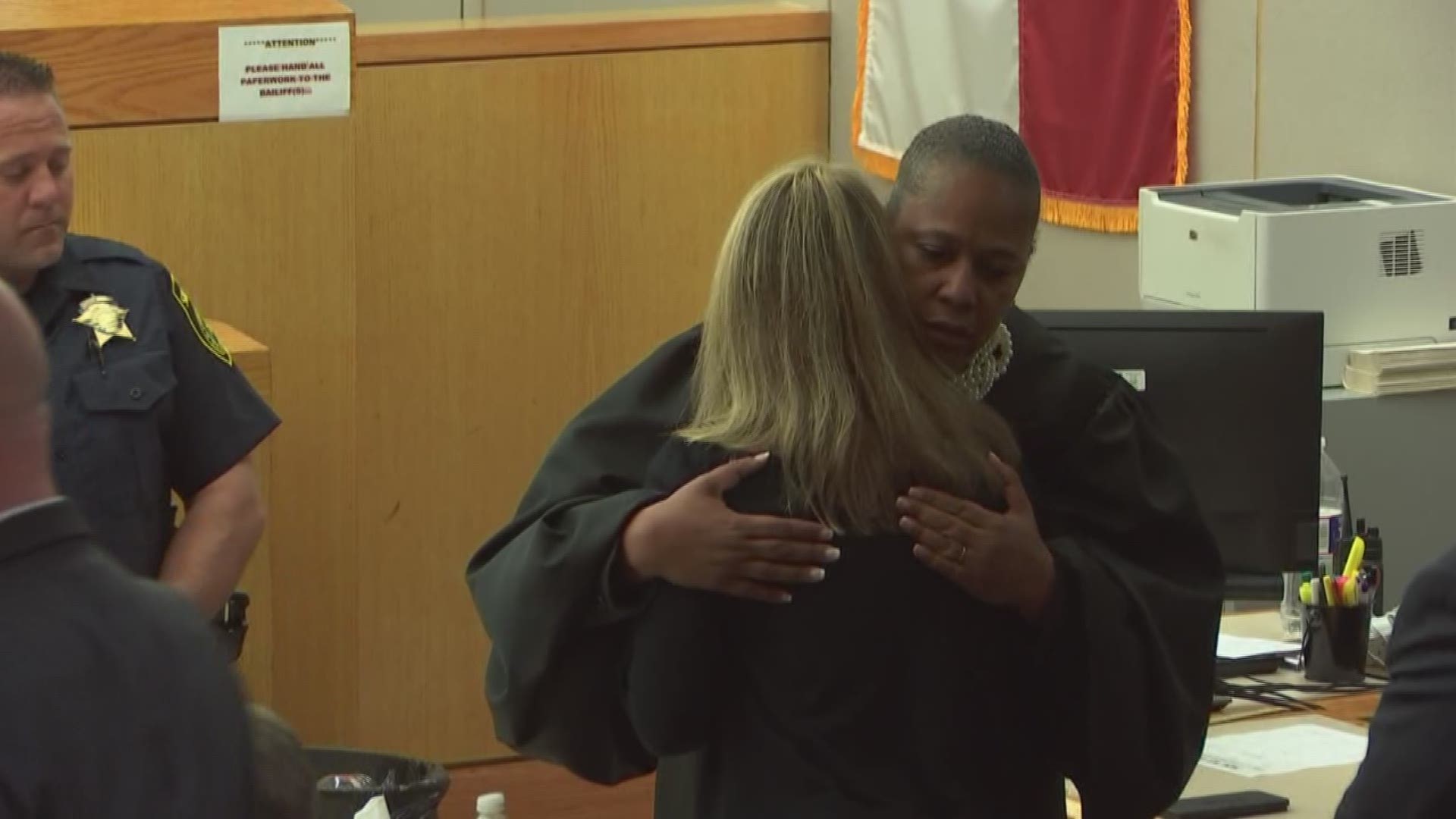