'I waited one year to hear 'I'm sorry'': Brandt Jean explains why he forgave Amber Guyger

Brandt Jean said he believes his brother Botham would support his gesture of forgiveness. But family attorney Lee Merritt acknowledged there are mixed emotions. 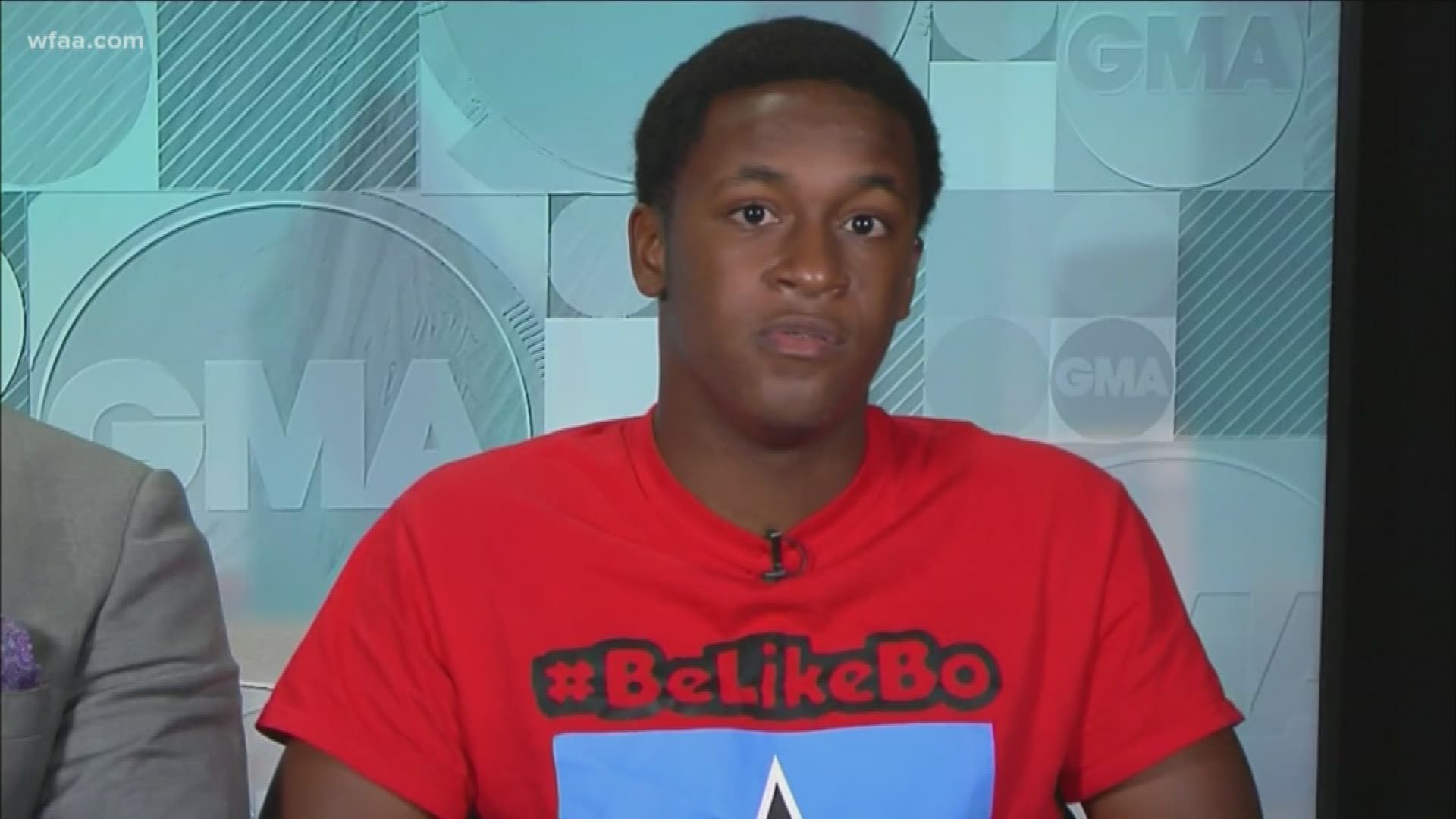 DALLAS — In his first public interview since a video of him embracing his brother's murderer was seen by millions of people, Brandt Jean spoke Friday about that moment on Good Morning America.

Two days earlier, Jean publicly forgave and hugged Amber Guyger after she was sentenced to 10 years in prison for fatally shooting his brother Botham Jean.

Brandt Jean said he was able to forgive Guyger because he finally heard an apology.

"I waited one year to hear 'I'm sorry,' and I'm grateful for that, and that's why I forgive her," Brandt Jean said.

He explained he gave Guyger a hug because he wanted her to know he truly forgave her, and that just saying the words "wasn't enough."

"My way of letting her know that she is truly forgiven," Brandt Jean said.

Brandt Jean added he believes his brother would have supported his gesture of forgiveness.

Brandt Jean will also be following in his brother's footsteps by attending Harding University.

Family attorney Lee Merritt acknowledged during the interview that there are mixed emotions among family members about the hug, but said he learned something Brandt Jean on Wednesday.

"Everyone in that family is hurting desperately because they loved Botham, and they won't be able to get past that hurt if they can't forgive his killer. They believe that. I believe that, and so it was an important first step and I mean it was -- I'm exceptionally proud of him," Merritt explained.

Merritt shared with GMA's audience something Brandt Jean had explained to him about the hug that day and why he chose to do it.

"He wanted not only to forgive her in words, but he wanted her to believe him," Merritt said. "Just saying it she may not be convinced, so he asked to give a physical display of that forgiveness so that she would be free, and so that he could authentically be free."

Merritt also said that while the family believes in the legal system and the domain of jurors, they agreed with the district attorney that the sentence should have been longer.

"That would be closer to justice, but that is a whole separate conversation from the spiritual release of forgiveness," Merritt said.

Brandt Jean acknowledged that not everyone is ready to forgive Amber Guyger yet.

"She made a mistake that she probably truly regrets, so if you want to forgive her, just understand that God forgave you, and I know that every time I ask God for forgiveness, he forgives me," he said.

Ultimately, Brandt Jean believes forgiving Guyger was something he needed to do.

"This is what you have to do to set yourself free," he said.