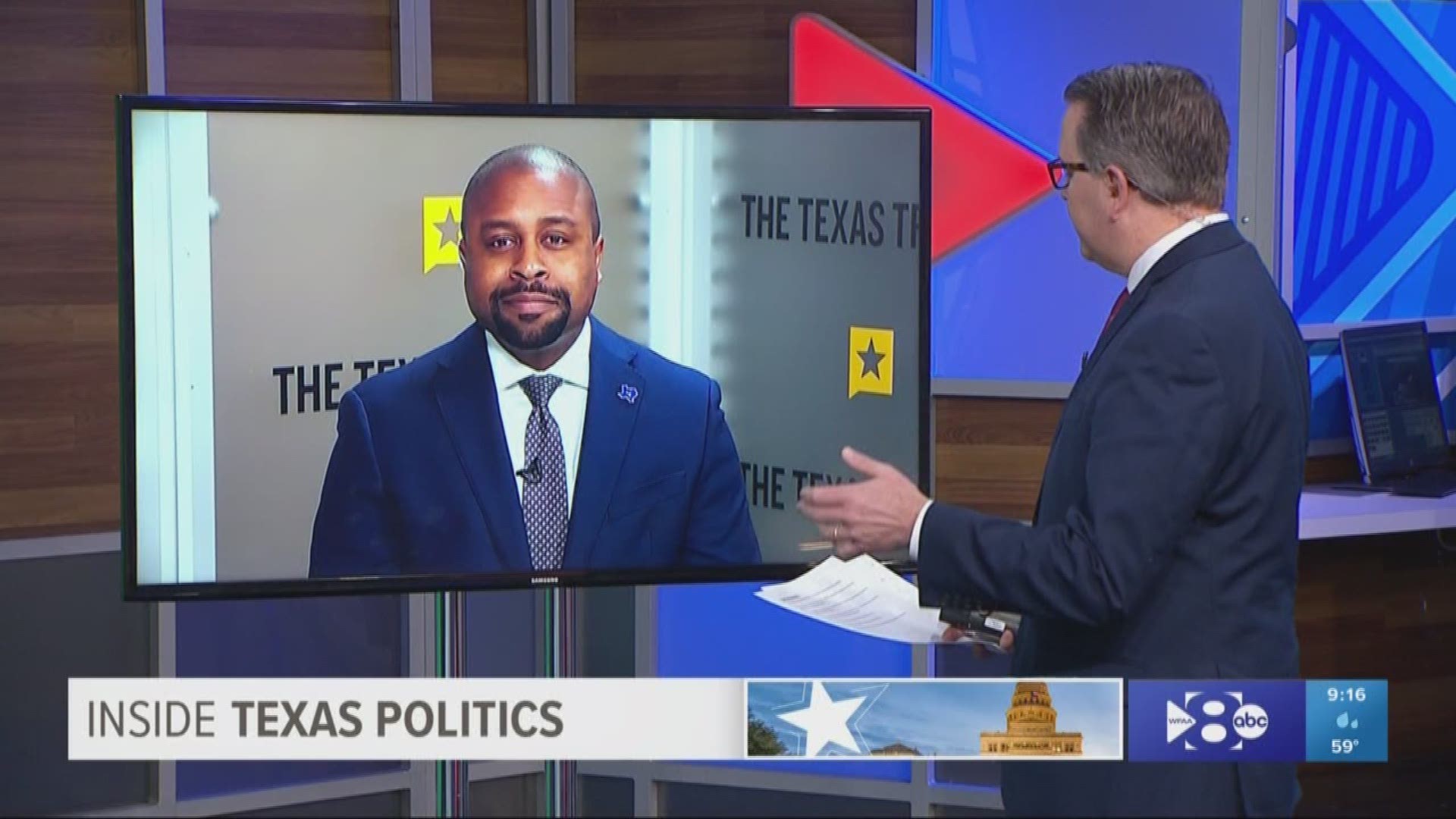 Editor's note: This story has been updated to include comment from the Texas secretary of state's office.

As their counterparts in Iowa reel from a disastrously slow election returns process, Texas Democrats raised the prospect Wednesday that a change in the way Texas reports election results could delay the final tally of delegates won by presidential hopefuls in the upcoming March 3 primary past election night.

Officials with the Texas Democratic Party said the Texas secretary of state’s office recently told them that it will not be able to provide on election night the numbers needed to allocate a majority of the 228 delegates up for grabs in the state on Super Tuesday. In a Jan. 23 meeting, the Democrats said, top state election officials cited limitations to their revamped reporting system, which is used to compile returns from the state's 254 counties.

"They basically said that's not built out yet," said Glen Maxey, the special projects director for the Texas Democratic Party who attended the meeting with state officials.

Late Wednesday, a spokesman for the secretary of state's office, which initially had not responded to The Texas Tribune's questions about the issue, contested that characterization, saying that "any allegations that delegate allocations will not be reported on election night are categorically false."

At issue are 149 delegates that Democratic presidential candidates will win through a complex formula that divvies them up based on the distribution of votes in each of Texas' 31 state Senate districts. Maxey said he and other officials were told the state initially will collect election returns at the county level but not at the senatorial district or precinct levels, which are needed to calculate how many delegates each candidate picks up. Party officials were told those more detailed numbers would be made available "the next day or so," Maxey said.

In an email, agency spokesman Stephen Chang said the secretary of state's office does plan to collect and publicly report votes for president at the Senate district level "in the same fashion" as previous primaries.

That process would be complicated because some counties — including the state's most populous — are sliced up among several state Senate districts. Maxey said that means the party would have to wait for complete voting returns from those counties before starting its calculations, which likely would not begin until after midnight.

Unlike in Iowa, Texas in that scenario would be able to report statewide vote totals in the primary, and a Democratic candidate would be named the winner of the overall contest. But with the presidential contest expected to be at fever pitch, any full reporting delay would slow down a final delegate tally in a state representing the second-largest prize on Super Tuesday. Texas is set to award more delegates to Democratic presidential hopefuls on that day than all of the preceding primaries combined.

Democratic party officials said they were assured in September that the secretary of state’s reporting system would include the data needed to determine the distribution of those district-delegates, as it did in the 2016 primary election, but that state officials reversed course at their January meeting.

In a statement Wednesday morning, Manny Garcia, executive director of the Texas Democratic Party, said if the secretary of state's office fails to report promptly the election results by Senate district, it will amount to a “violation of the public trust.”

"Texas is more important to presidential campaigns than ever before and could make or break campaigns. With one of the largest delegations, in one of the most diverse states in the country, Texas is the pathway to winning the Democratic nomination. The public deserves to see the vote and the delegate results on election night, and we urge the Texas Secretary of State's office not to leave Texas voters and our nation in the dark."

The 149 district-delegates in question will be proportionally distributed in each state Senate district among candidates who garner more than 15% of the vote. The number of delegates up for grabs in each district is based on how those districts voted for the 2016 Democratic presidential nominee and the 2018 Democratic nominee for governor. For the upcoming primary, that number ranges from two to 10 delegates in each Senate district.

The possibility that the Democratic party would report the district-delegate distribution outside the state’s election night portal would make for an unusual venue for election results. For many years, the secretary of state’s office has been the keeper of election night returns. In the 2016 election, for example, the secretary of state asked county officials who administer elections across the state to send in both countywide results for the presidential primary and results by senate district.

Chang said Wednesday that such data would again be available on election night.

Disclosure: The Texas Secretary of State has been a financial supporter of The Texas Tribune, a nonprofit, nonpartisan news organization that is funded in part by donations from members, foundations and corporate sponsors. Financial supporters play no role in the Tribune's journalism. Find a complete list of them here.