They’re too young to vote, but a 15-year-old’s friends and family aren’t. 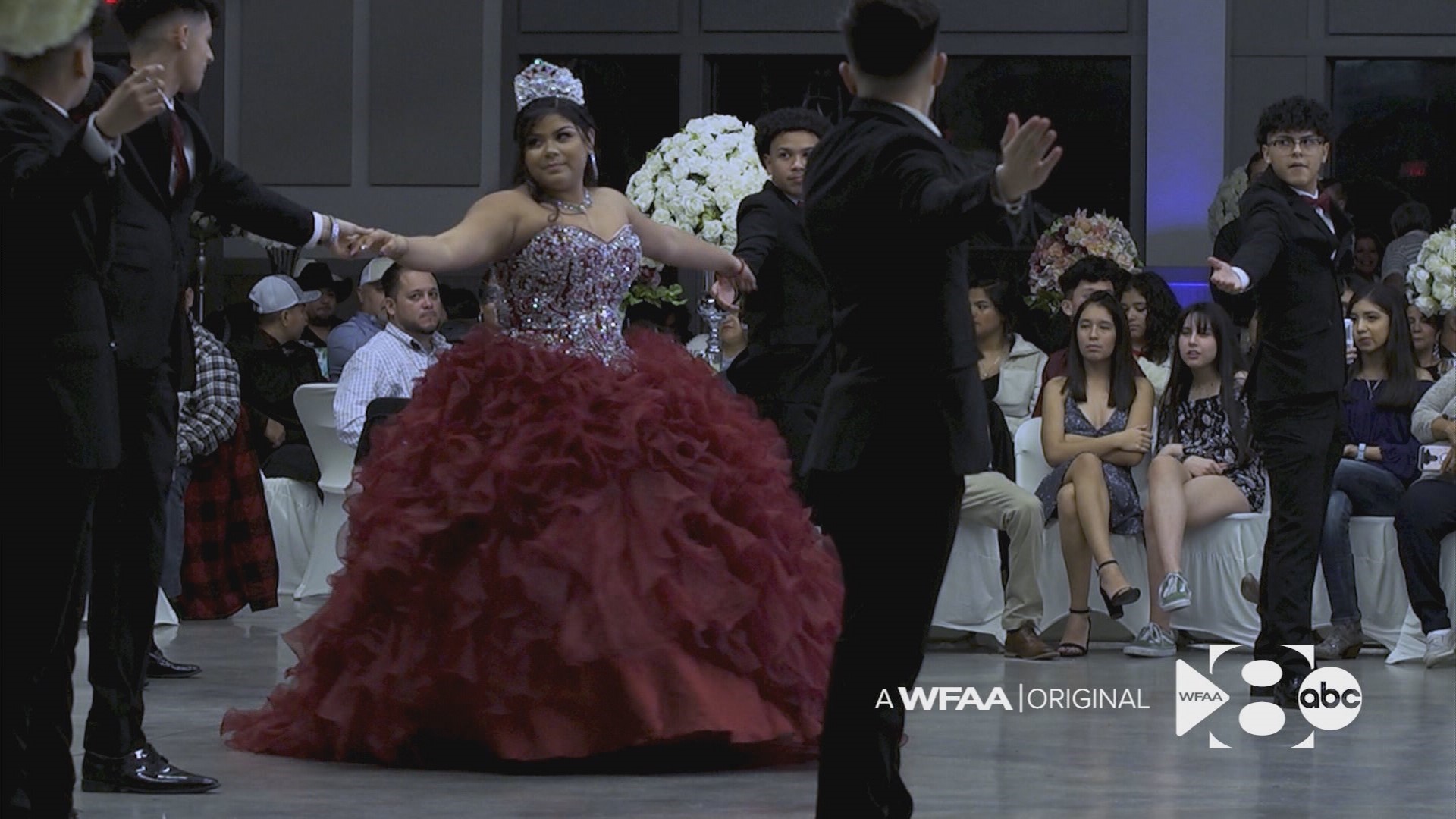 FORT WORTH, Texas — On any given Saturday night in any given Texas town, a teenage tradition transpires.

On this particular Saturday night, the town is Fort Worth. The teen is Citlaly and the tradition is her quinceañera.

A quinceañera is a girl’s 15th birthday – the passage from childhood to womanhood. It is a coming of age moment.

But Carmen Ayala sees it as a moment of opportunity.

“You have the grandparents, aunts, uncles, cousins," Ayala said. "There’s generations in one room, and there’s a vast opportunity there to talk to them about the importance of voting.”

Credit: WFAA
Carmen Ayala says 15 is the perfect age to get young Hispanics excited about voting.

At the party celebrating Citlaly’s quinceañera, Ayala manned a photo booth and asked everyone who stopped by if they were 18.

Signing the pledge card meant promising to register to vote, and then vote, after their 18th birthday.

“And we keep track of the people that sign up. We get their birthday and their phone number. And once they are 18, we text them to register,” Ayala said.

The initiative is called Poder Quince, or Quince Power, and it’s organized by Jolt – an activist organization aimed at increasing civic engagement among Latinos in Texas.

RELATED: How to register to vote in Texas

Ayala is the Culture and Events Manager of Jolt’s Dallas office. If a family allows Jolt to set up a voter registration drive at the quinceañera, the photo booth is free.

“When you have a quinceañera, it’s to celebrate your womanhood. I think it’s the perfect age to plant that seed,” Ayala said. “Because, if we really want to shift the culture, really want to change it, we have to start young.”

Credit: WFAA
If a family allows Jolt to set up a voter registration drive at quinceañera, they get a free photo booth.

U.S. census data from the previous two presidential elections show the voter turnout rate for Hispanic Texans is the lowest of all ethnicities.

LULAC national president Domingo Garcia said the numbers are frustrating sometimes, “but you’ve got to put it in context.”

He says voter suppression in Texas is real.

He points to bills requiring identification to cast a ballot and bills “that make it a felony for me, Domingo Garcia, a Dallas County resident, to go register voters in Fort Worth.”

“All of this is done to rig the system,” he said, “to keep those in power from letting everybody vote.”

“But, every 35 seconds a Latino turns 18 in Texas, so those numbers are going to catch up and if they vote when they’re 18 or 19, it becomes a habit.”

That is why there is a major effort to energize and mobilize young Hispanics.

“You know, Latinos, they keep calling us the sleeping giant,” Ayala said. “I tell them we have so much power and we don’t even realize it. When I talk to the girls, I let them know in other countries women are not allowed to vote.”