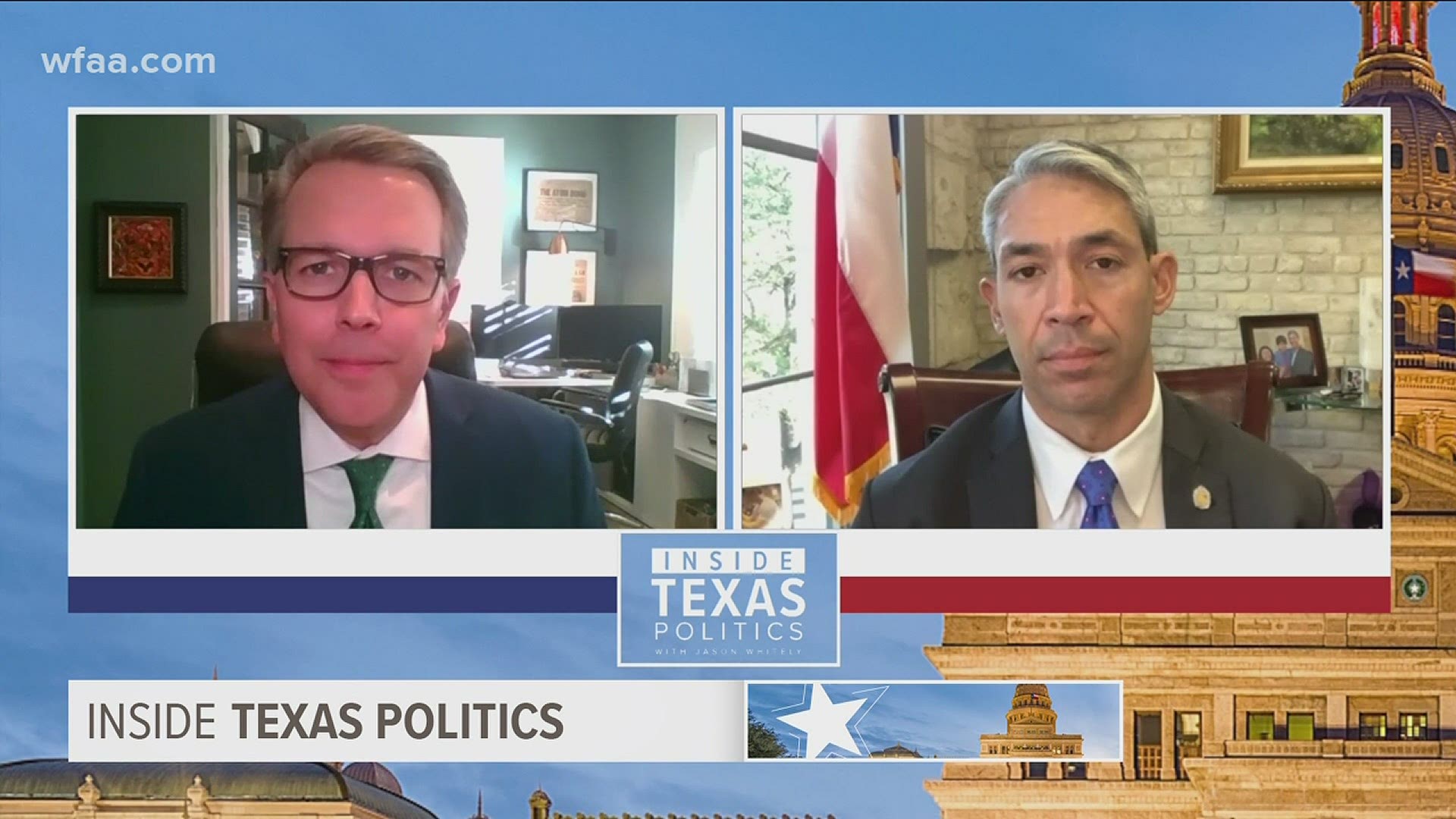 DALLAS — Councilmembers in San Antonio approved a program Thursday that sends some 911 callers to telemedicine when they request help.

It’s a service that no other city in the country has authorized.

The San Antonio Fire Department “is beginning to route dispatch calls to telemedicine to help weed out potential responses that can be done without actually sending units on site,” said Mayor Ron Nirenberg in an appearance on Sunday’s Inside Texas Politics.

In most cities, not everyone who calls 911 for an ambulance needs to go to the hospital.

“It’s already born fruit for us as a city,” Mayor Nirenberg continued. “We’ve seen a number of calls already saved in terms of not having to send out emergency units where they’re not necessarily needed. We hope that this continues to grow. We’re very excited that city council just ratified this program.”

The telemedicine program is called GoodSam.

Here’s how it works. When someone calls 911 in San Antonio with a non-life threatening emergency, dispatchers can connect that caller to a clinical dispatcher who can initiate a video conference with GoodSam software. The caller does not need any special app to participate.

The telemedicine teleconferencing even uses artificial intelligence to read the heart rate of the caller.

Within the first seven weeks of piloting the telemedicine program, SAFD reduced an average of nine Fire/EMS dispatches per day, the city said.

“It would be difficult to overstate the potential this emergency protocol might have to potentially save taxpayer dollars but also potentially save lives and resources where they are desperately needed,” Mayor Nirenberg added in the Inside Texas Politics interview.

“We had just under 1,000 calls that were logged using this protocol. It’s been in place since roughly October. Already, we’re seeing greater efficiency and greater efficiency means lives saved in our community when it comes to emergency response.”

“The GoodSAM program is especially critical during the COVID-19 pandemic and will help protect our EMS teams from unintended exposures and saving personal protective equipment,” said San Antonio City Manager Erik Walsh in a statement.

Separately, because of the increasing cases of COVID-19, Mayor Nirenberg urged parents and schools to go to a virtual learning environment rather than in-person classes in the remaining weeks of school.

“Our public health authority has been very clear,” he said, “if virtual learning can be done it should be done at this moment.”

The mayor and Bexar County Judge sent a letter to Governor Abbott urging him to give priority to teachers when distributing the COVID-19 vaccine. Currently, healthcare workers at larger hospitals will get the initial doses that are coming to Texas next week.

Next month, though, when the legislature returns to Austin, a drop in tax revenue due to the pandemic might have lawmakers considering other ways to generate income including casinos.

Casino mogul and GOP megadonor Sheldon Adelson made campaign contributions to help Republicans maintain their majority in the Texas House of Representatives this year.

Adelson has already reportedly hired lobbyists to try and get Texas to legalize casinos.

As a destination city in the state, San Antonio Mayor Nirenberg said he would not support gaming in his city right now.

“No, I wouldn’t. I don’t think legalized gambling is a proper foray at this moment especially with such economic desperation that’s happening in the pandemic world right now and will be for quite some time,” Nirenberg explained. “I think we need to focus on our priorities, we have to get people back to work safely, we have to ensure we have a proper health response and we have to get our communities back on their feet.”

Watch the entire interview with Mayor Ron Nirenberg on Inside Texas Politics.