Inside Texas Politics: What does the future of politics look like for Republicans, Democrats in the state

As the Texas Legislature gets ready to reconvene, what will 2021 look like in Austin and who will end up Speaker of the House? 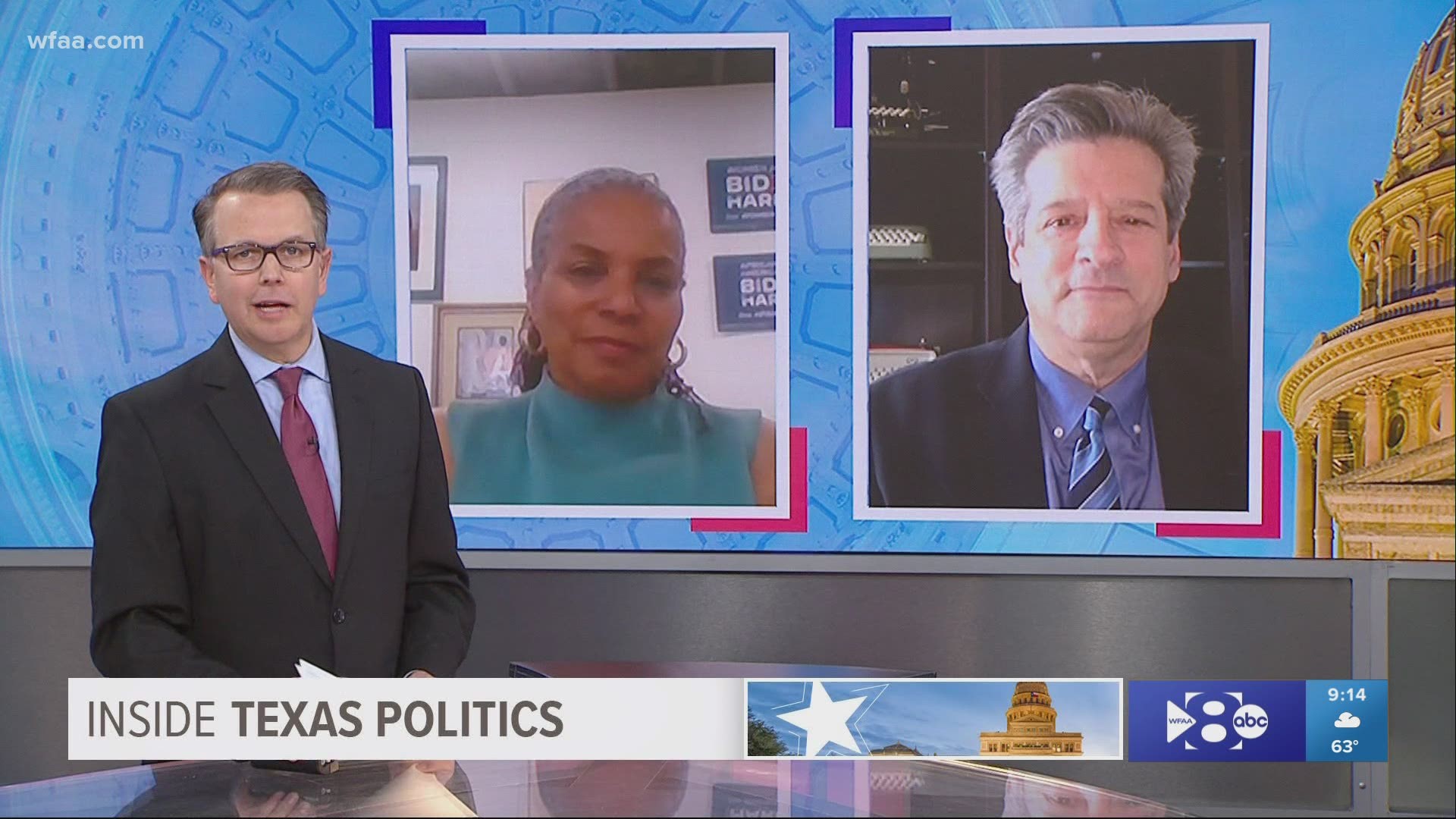 For months, people have talked about how Texas Democrats might turn Texas blue. And maybe, win the majority control in the Texas House.

Democrats did neither, and they’ve spent the last few days asking how they were so wrong.

Dr. Carla Brailey, the vice-chairwoman of the Texas Democratic Party, is an assistant professor of sociology at Texas Southern University in Houston, Texas.

Brailey said Democrats delivered on turning out voters in urban areas and electing a handful of first-time leaders.

"I think across the state of Texas, we have achieved progress," she said.

Brailey believes that Texas will become even more competitive in the years to come.

Despite that, state party leaders believed they had a chance to do more in some of the major races across the state.

Brailey believes the party needs to engage more people in different groups, but also points to COVID-19 as a factor that kept Democrats from campaigning door to door.

"We really were taking high precaution of safety and security. At the end of the day, that matters most," she said.

President Donald Trump won Texas by nine points in 2016; this year he won by six. At that rate, Democrats may not turn the state blue for eight to 10 years, but Brailey still believes they will find ways to win the state.

Looking ahead to when the Texas Legislature reconvenes

1. There are 65 days until the Texas Legislature reconvenes. Over the last week, more state lawmakers have said that they're going to run for Texas Speaker of the House.

The House of Representatives elects a leader each session. The last speaker, Dennis Bonnen, from Brazoria County, decided not to run again. Almost a half-dozen Democrats said that they were going to run for speaker before last week's election. Who do you think might have a shot at a consensus?

2. We've seen pictures of plexiglass dividing desks on the House floor. But considering COVID-19, how likely is it that lawmakers will go to Austin?

The future of Texas politics

Why didn't Democrats flip the state?

Tarrant County Democratic Chairwoman Deborah Peoples said that Democrats didn't do a good job of judging the mood of the people. She believes the party got a little complacent looking at the polls instead of talking to people.

"We also lost it in the rural areas," said Peoples.

Ultimately, she said they should have gotten out to talk to people.

However, Vinny Minchillo said Democrats also struggled because they put up candidates that were too progressive for Texans.

Peoples pushed back and said that Democrats were too nice and let Republicans push their message.

"We have to clap back because the Republican ads were fierce," she said.

Minchillo, who's a principal at Glass House Strategies, an ad firm that makes commercials for Republican candidates, said the math used to analyze races will change moving forward.

Both parties are also thinking about how their strategies change in a President Donald Trump-less world, with the race for 2020 president being called for Joe Biden on Saturday.

1. Now that there have been a few days to digest what happened in the Texas 2020 election, what does the election mean about this state? Is Texas still a solid red state? Where did the pollsters and the Democrats go wrong reading the voters?

2. Republicans had a big day last week. Democrats will have to reboot after very well-funded and unsuccessful efforts. We said all year coronavirus would be an issue. Did that wind up hurting instead of helping Democrats because they didn't go out door-to-door? Also, how much did it hurt Democrats when Biden talked about transitioning away from oil?