Mattie Parker and Deborah Peoples are squaring off Saturday to become the city's first new mayor in a decade. 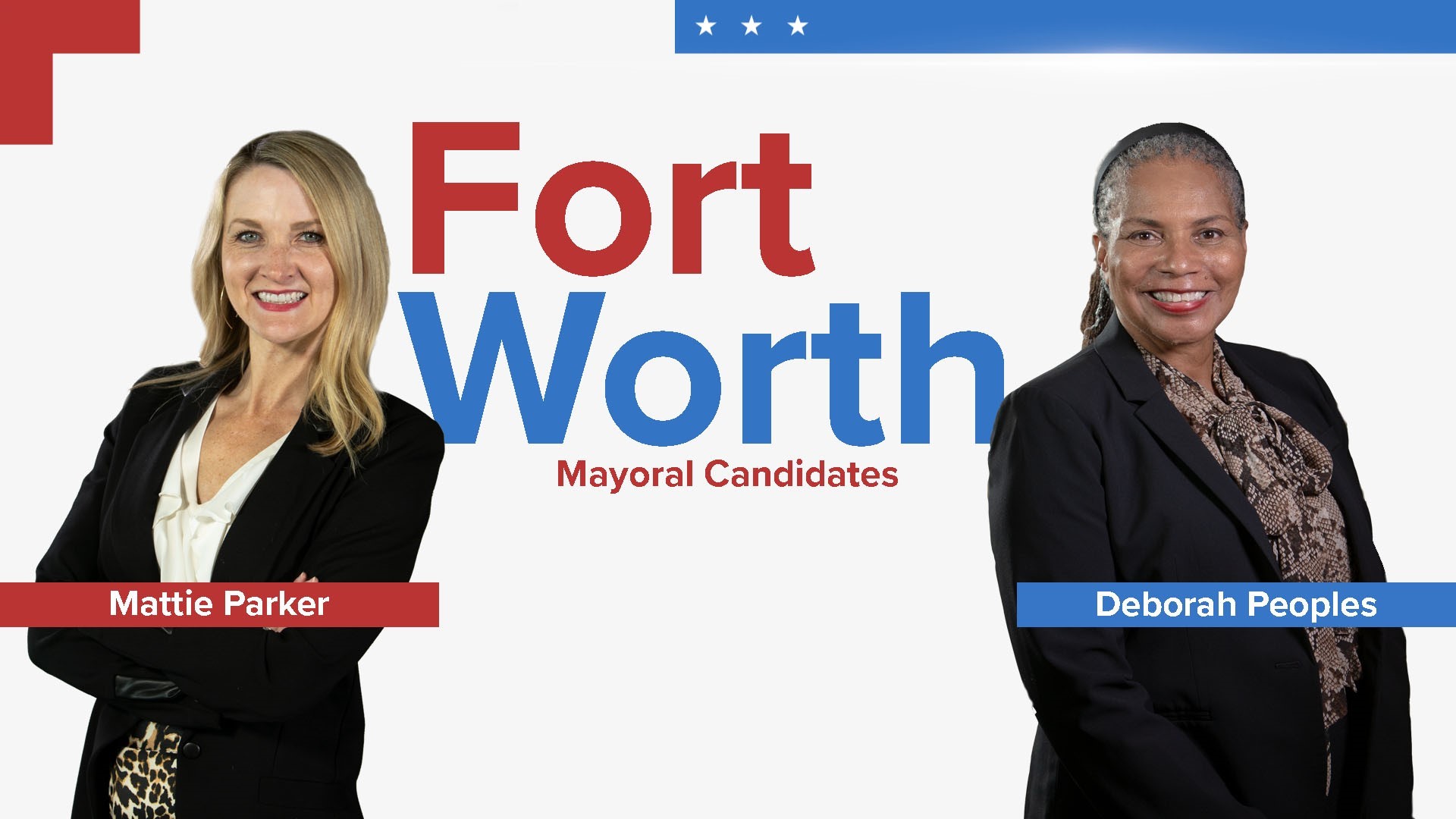 FORT WORTH, Texas — Saturday is Election Day, and in Fort Worth, residents will be choosing a new mayor, among other positions.

Friday morning, ahead of the election, the two candidates running to become Cowtown's next mayor, Deborah Peoples and Mattie Parker, joined Marc Istook on Daybreak. Each made a last-minute push to differentiate themselves and lock down some votes.

"I think Fort Worth really experienced that opportunity to be a small town for a long time," said Parker, who was outgoing Mayor Betsy Price's chief of staff. "Now we're a big global city and I think its time to champion that."

"I'm going to value all of our citizens," said Peoples, who is a former AT&T executive and former chair of the Tarrant County Democratic Party. "I'm going to expand the table so people of all races, cultures, ages can come to the table and have a part in creating the city."

RELATED: Meet the candidates in the Fort Worth mayoral runoff: Mattie Parker and Deborah Peoples

Fort Worth Star-Telegram columnist Bud Kennedy said it's a very interesting time in Fort Worth.

"It's really a showdown between a couple of women who will each mark a change as mayor," he explained. "One, the first millennial mayor if she's elected, the other, the first minority mayor."

Kennedy said a heck of a lot is at stake. Fort Worth is now officially the 12th largest city in the nation, and council districts will be redrawn under the new mayor's leadership.

"The two are very different, very different politically, and they have run a very collegial campaign and haven't taken any cheap shots," he said of the candidates, noting they've appeared "friendly."

RELATED: Runoff election in North Texas: Here's what to know

"I want us to be a beacon of hope for the country," Parker said on Daybreak. "I want Fort Worth to be an example of what it looks like to unify and be a consensus builder."

"We're going to come together and end up singing the same song and we're not going to let divisiveness continue to rule in this city," People said of her hopes for the city under her leadership.

One of the women will get their chance Saturday. Polls are open 7 a.m. until 7 p.m.