What to expect when you vote early in North Texas

"We just feel like it’s a tsunami coming and we have to be prepared for it," said Dallas County Elections Administrator Toni Pippins-Poole. 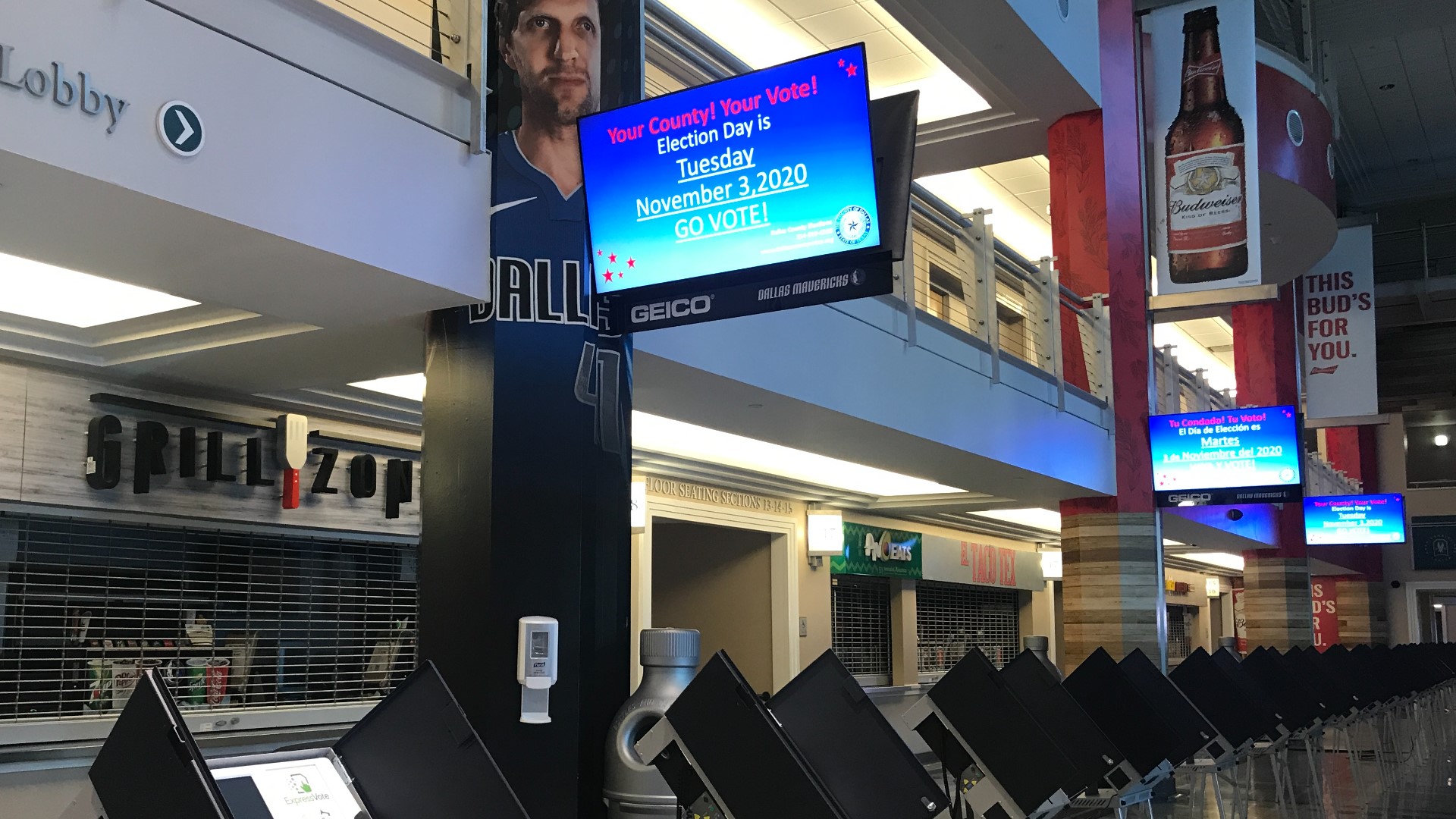 DALLAS — The roar of the crowd is being replaced by the voice of the people inside Dallas’s American Airlines Center.

The coronavirus pandemic means no concerts or shows at the arena. And since the Mavericks and Stars are not in action either, democracy is.

The AAC is one of 61 early voting locations in Dallas County.

Tarrant County has 50 sites, Collin County has more than 40, and Denton County is operating 46 locations.

Hours vary, but all will offer voting from October 3 through October 30.

At the AAC, voters will enter on the north side of the arena. Parking is free in the Lexus Garage. Remember to bring a valid form of identification.

A sanitizing station is set up as soon as voters enter. Then plexiglass barriers separate voters from the poll workers who will check them in.

Voters will be handed a sanitized stylus that they will take into a concourse where 50 voting machines are lined up just outside concession stands that normally sell beer and hotdogs.

Machines will be sanitized after every voter.

Running an election during a global pandemic is not something administrators train for, admitted Dallas County Elections Administrator Toni Pippins-Poole.

“There’s just no rules and regulations about a pandemic,” she said. “So, we’ve just had to try to deal with it as best we can.”

“We are a little antsy about it, our stomachs have butterflies,” Pippins-Pool said, in the hours before early voting began.

One look at social media posts from Georgia on that state’s first day of early voting proves the nerves are justified.

As of 11am, voters waited 5+ hours to cast ballots @ the main Cobb Co. early polling location (736 Whitlock Ave, Marietta). Some seemed unbothered by the line. “It doesn’t matter how long it takes…we’re voting like our life depends on it,“ said a voter. #gavotes @11AliveNews pic.twitter.com/gA5wHLoyit

Some Georgia voters spent five hours in lines that stretched for blocks.

With about 1.8 million new registered voters in Texas since the last presidential election in 2016, long lines are expected.

“We just feel like it’s a tsunami coming and we just have to be prepared for it,” Pippins-Pool said, warning people to be patient.

“Voting is going to look a little different, it might take a little longer. The lines might look longer because of social distancing,” said Charlie Bonner, communications director at Move Texas, a non-partisan activist group responsible for registering 50,000 new young Texans this year.

“If you have a firm plan to vote – so you know where you’re going to go, you have your candidates written down beforehand, and you’ve blocked off that amount of time from work – stick to that plan to vote and don’t let anyone deter you,” Bonner said.

“Or even on Sunday,” she said. “We typically have very low turnout on Sunday.” 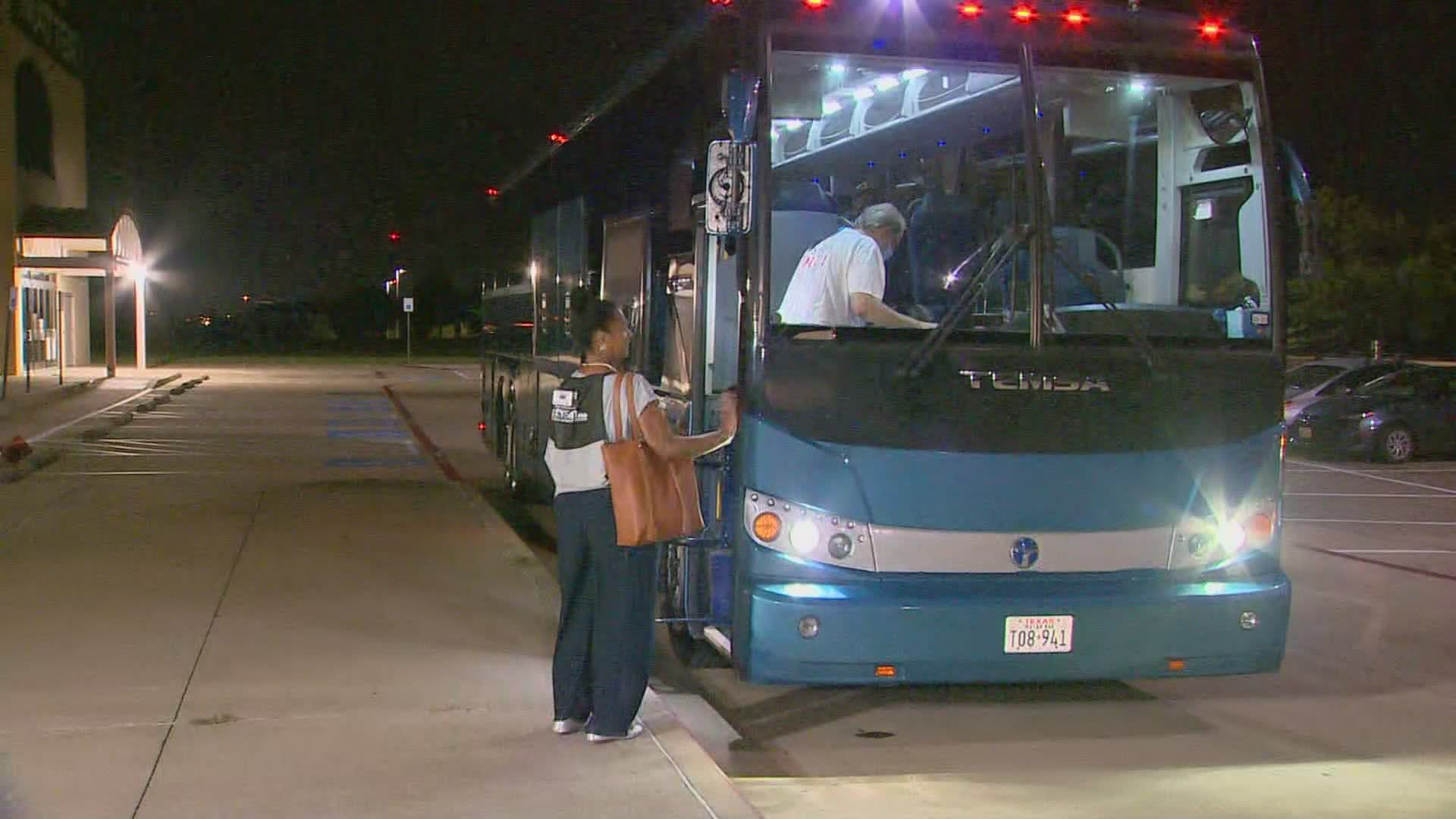