The debate was streamed across WFAA's digital platforms Thursday. 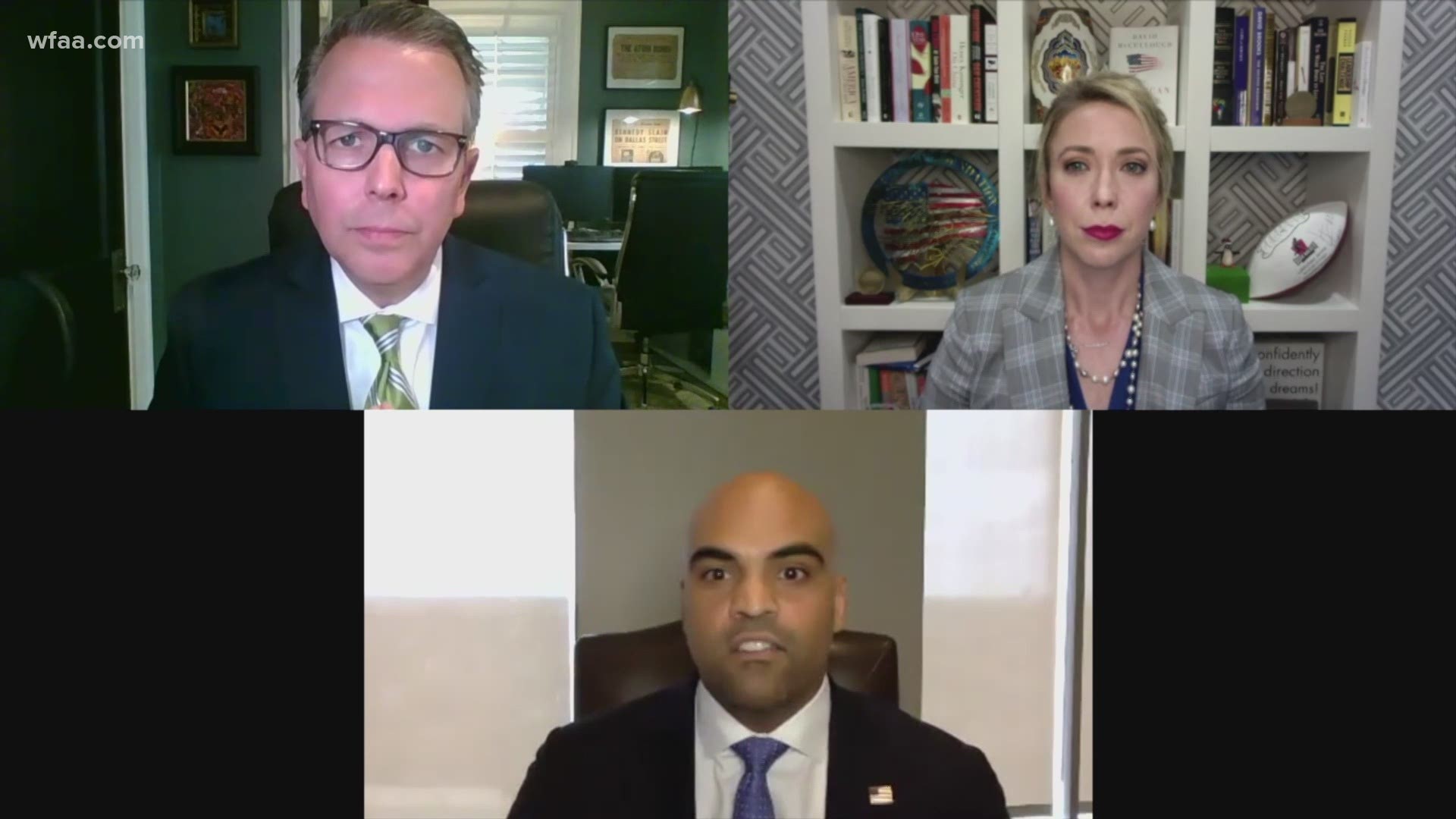 The race for Congressional District 32 is heating up.

WFAA partnered with the Dallas Regional Chamber to present a virtual debate Thursday afternoon between the candidates in CD 32: Democrat incumbent Colin Allred and his Republican challenger Genevieve Collins.

On healthcare, Allred defended his support of the ACA and the need to expand coverage to more Texans, which has among the highest rate of uninsured.

"I think we can expand coverage and lower costs," Allred said. "And it begins with competition. I do support Joe Biden's plan to try and introduce a public option.”

Collins stressed the need for more telemedicine options and an increased number of health insurance providers in order to increase market based competition.

At the same time, Collins acknowledged her party hasn't done enough yet on addressing health care, specifically on presenting a completed alternative to the ACA.  Congressional Republicans have voted numerous times to repeal the ACA.

"Republicans have failed the United States people by not having a replacement,” Collins said.

The debate was moderated by Jason Whitely, who also hosts Inside Texas Politics every Sunday morning at nine and co-hosts our weekly political podcast Y’all-itics.

Watch the full debate in the video below:

Congressional District 32 is spread out over Dallas and Collin counties and includes parts of Dallas, the Park Cities, Garland and Richardson.

Nearly 800,000 have voted in those two counties combined, but on Thursday Allred and Collins attempted to reach those who still have not gone to the polls.

The Democrat sits on three Congressional committees: transportation and infrastructure, foreign affairs and veterans’ affairs. Much to the chagrin of many Republicans, the U.S. Chamber of Commerce endorsed Allred for his re-election effort.

Genevieve Collins is trying to take back the seat for Republicans. She told Inside Texas Politics that she’s planning to spend $2 million in advertising.

The local businesswoman is head of corporate strategy at Istation, an education technology firm in northeast Dallas.

This is the first-ever political race for Collins, but she comes from a political family. Her grandmother, Calvert Keoun Collins, was the first woman ever elected to the Dallas City Council in 1957.

Voter guide: What you need to know before heading to the polls

Am I registered to vote? Here's how to check in Texas

Here's what you need to know about poll watchers in Texas