The Tarrant County elections administrator said the vast majority of the ballots will be copied and counted in time for results to be released on Election Night. 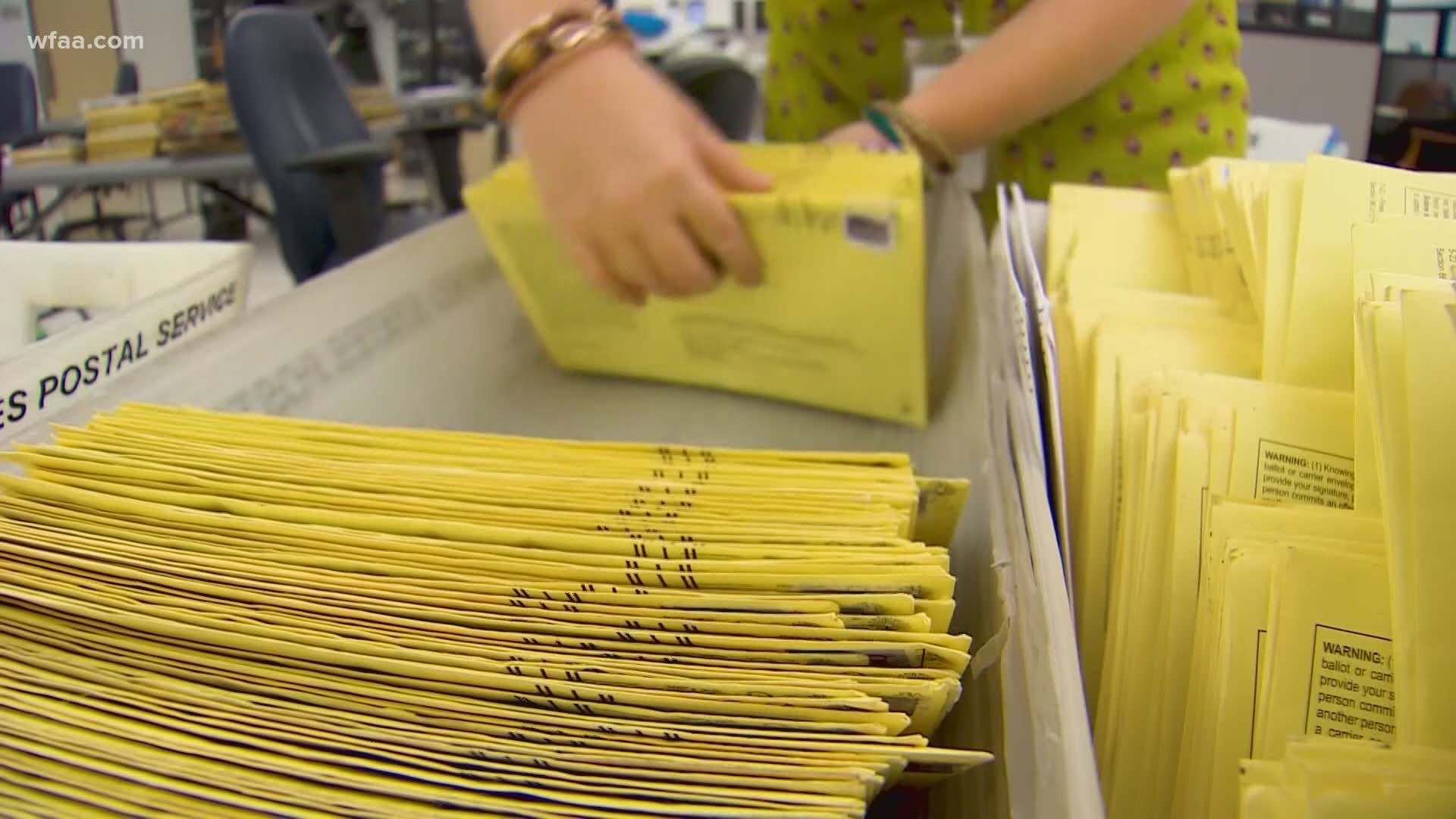 Electronic scanners rejected about one-third of mailed ballots in Tarrant County — an issue that will need to be corrected so the ballots can be counted, the elections administrator told county commissioners Tuesday.

Elections officials are now working to fix the problem and get the ballots counted, said Heider Garcia, the Tarrant County elections administrator.

The ballot board will create copies, as the law requires, and then scan those copies properly to make sure the ballots are counted.

Garcia said the vast majority of the ballots will be copied and counted in time for results to be released as scheduled on Election Night.

"We started noticing about a third of them were being rejected by the scanners when they’re imaged," Garcia told county commissioners.

The problem appears to be with the scanners not reading every ballot barcode.

"What we believe at this point, is that the print shop that did these ballots for us, basically, can improve the quality of the printing," he said.

Around 10% of Tarrant County voters who have cast their ballots so far did so by mail, according to records from the Texas Secretary of State.

By the end of Monday, Tarrant County elections officials reported to the state they had 57,808 cumulative mail-in votes so far, compared to 512,305 in-person votes.

Garcia said about 2,000 have been scanned so far.

But if the scanner continues to reject about a third of the ballots, as many as 20,000 could be affected, the elections administrator said. 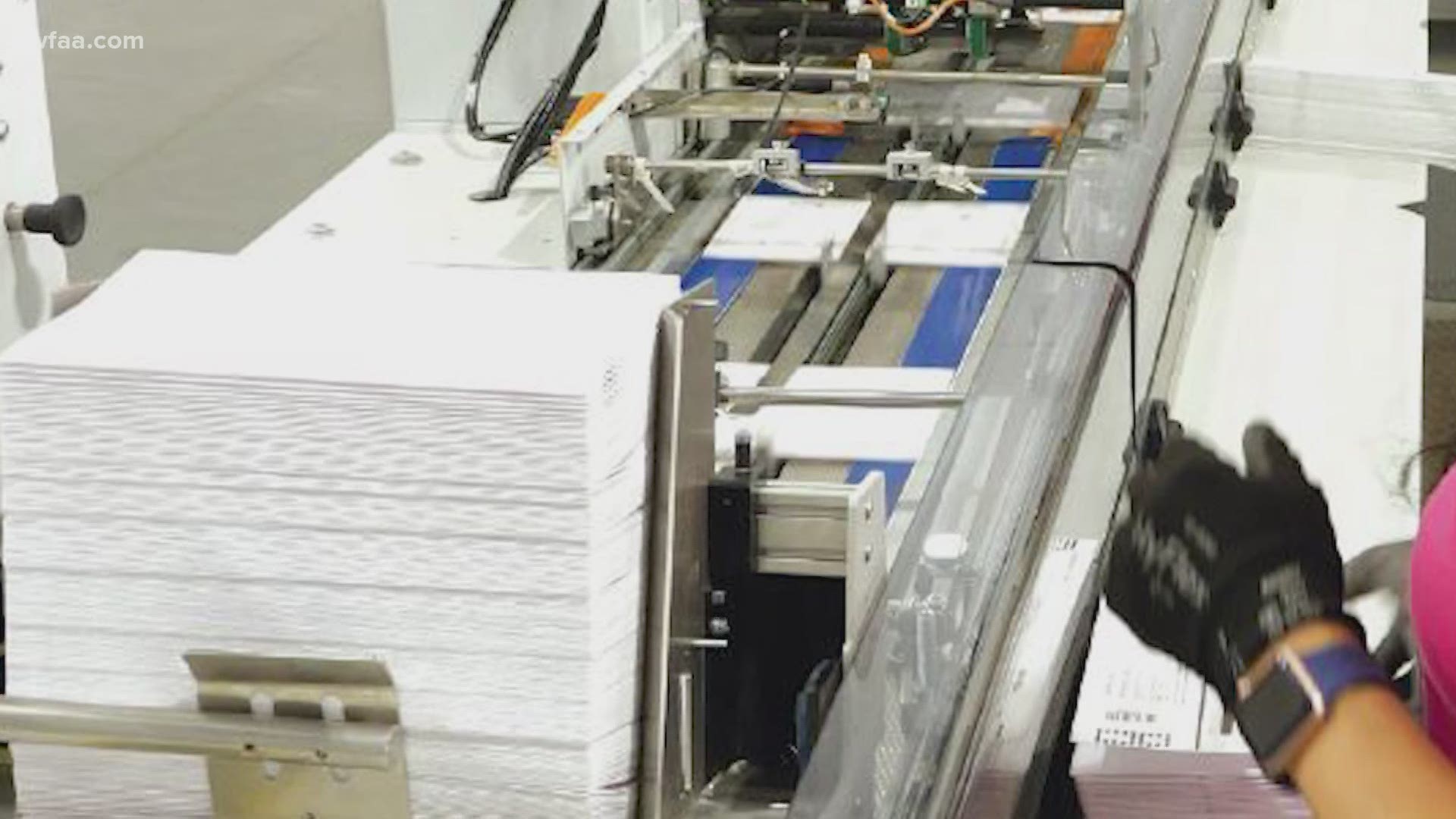 Commissioner Roy Brooks said it is crucial that the issue is resolved so that the votes are counted.

"It is not the voters’ fault that we hired a vendor that did sub-standard work," Brooks said. "The persons who voted on those ballots voted in good faith, and they deserve to have their votes counted."

Garcia said the ballots would be counted and that the vendor was authorized by the state. The elections officials said the ballot board will be following the law during the counting process.

"We’re not seeing a problem that’s never been seen. We’re not improvising a solution that has never been tried," Garcia said. "And it’s clearly identified in the law, not just what the process is, but who has to do it and how to guarantee the integrity of the ballot."

County Judge Glen Whitley said the county will use its ballot board for a solution. The board is comprised of people who have been nominated by their respective parties. Whitley says there are four groups of four-person teams to help get the un-scanned ballots counted. Two people will be responsible for manually copying the defective ballot and the other two people will be responsible for reviewing whether the defective ballot and duplicate are exactly the same.

"There will be two people who will review the ballot original and the duplicate. Those people will be of different [political] parties. They will never, never, never be of the same party," stressed Judge Whitley.

Runbeck Election Services said in a statement Tuesday that it "is working with Tarrant County elections officials to investigate if the problem is printing-related or scanning-related. Once the investigation is complete, we will offer our support to all partners and vendors involved to determine the appropriate next steps to ensure that all ballots are properly tabulated."

A combined total of 570,113 voters had cast their ballots in the county through Monday. The county has seen around 47% of its more than 1.2 million registered voters turn out so far, according to data from the Secretary of State.

Voters in the county who have not yet returned mail-in ballots can continue to vote by mail and their ballot will be copied and counted, Garcia said.

If voters wish, they can bring their mail-in ballots with them to the polls and surrender the ballot there to vote in person.

Tarrant County Republican Party Chairman Rick Barnes said in a Tuesday statement that it plans to deploy poll watchers at voting locations "to protect the public interest. It is my firm belief that each individual ballot must be protected, regardless of that voter’s party affiliation,” Barnes said.