A number of big local decisions were on voters' ballots this cycle. 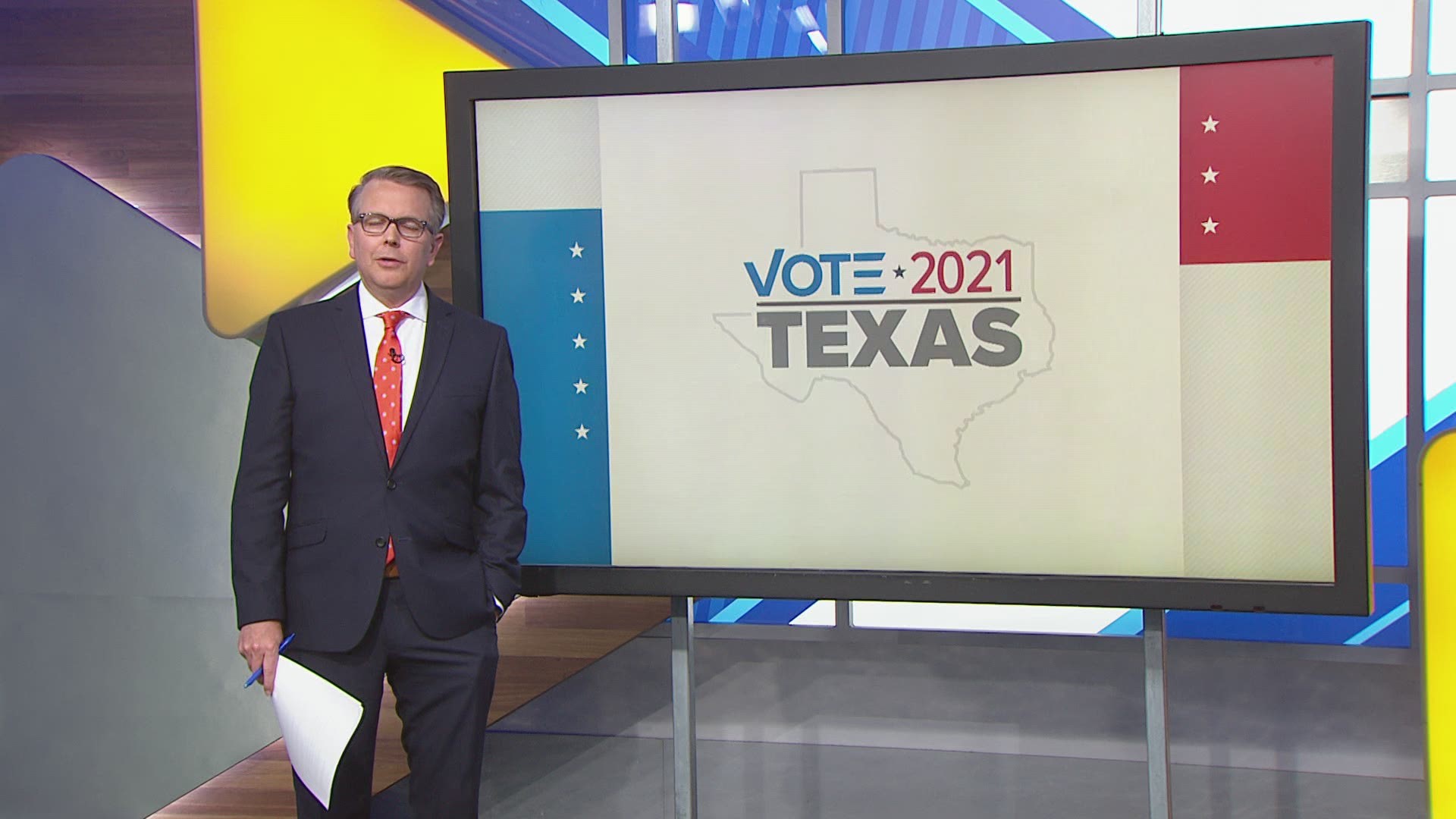 DALLAS — The ballots are in and Election Day has ended. So, who, and what, won over the hearts and minds of Texas voters in this round of mostly local elections?

Well, before getting to the results, it's important to know that there's likely to be more than just a few run-offs this summer, with hundreds of candidates just in the Dallas-Fort Worth area alone having decided to run this cycle. Many local contests featured five or more candidates each.

In cities like Arlington and Fort Worth, there were almost 10 candidates running for mayor alone, and then there are plenty of people who ran for city council seats in those cities and many others, including Dallas.

Plus, there was the rather large selection of candidates voters had to choose from in Tarrant, Ellis and Navarro Counties in the race for TX District 6, a U.S. House of Representatives seat. There were 23 different candidates running to fill the place left vacant following the death of Rep. Ron Wright.

So here's a breakdown of the results of some of the major contests that were up for grabs Saturday, and whether or not there might just be a run-off. Don't see a race you were looking for? Click here for results in all local elections.

The seat covers part of Tarrant County, in addition to all of Ellis and Navarro counties. Cities in District 6's Tarrant County section include much of Arlington, Crowley, part of Grand Prairie, part of Fort Worth and much of Mansfield, among others.

The seat was left vacant after former Rep. Ron Wright died earlier this year while hospitalized with COVID-19.

Eleven Republicans, 10 Democrats, one Libertarian and one Independent ran in the race.

Eight candidates ran in the race of mayor, although one was declared ineligible due to felony convictions, the Star-Telegram reports.

Four people ran in the race to become Lewisville's mayor.

Three candidates were in the race for Plano's lead official.

Irving had 12 bond propositions up for a vote as a part of its special bond election. Below are brief explanations of how much each proposition within the referendum will cost and whether they passed. For a more detailed look at the city's proposals, click here.

Proposition A: $207.8 million in bonds for street improvements

Proposition B: $9.2 million in bonds for existing city facilities at the city hall campus

Proposition I: $10.7 million in bonds for city information technology infrastructure

Proposition K: $3 million in bonds for the Irving Arts Center

Proposition L: $152.7 million in bonds for a joint public safety campus and other facilities

A total of approximately $745.7 million in bonds were up for election for the school district. To view more about the proposed bonds, click here.

Proposition A: $712 million in bonds for school facilities, land purchases and buying buses and vehicles

Proposition B: $8.2 million in bonds for renovations to track and field complex Texan Stadium and Northwest ISD Stadium

Plano had a number of bonds up for a vote as a part of its 2021 Bond Referendum. Below are brief explanations of how much each proposition within the referendum will cost and whether or not they passed. For a more detailed look at the city's proposals, click here.

Proposition A: $231 million in bonds for street improvements

Proposition B: $81.935 million in bonds for park and recreational facilities

Proposition F: $2.49 million in bonds for the city's library facilities

A total of approximately $750 million in bonds were up for election. To view more about the proposed bonds, click here.

Proposition A: $694 million in bonds for building new district school buildings and renovating existing ones; retrofitting school buses and other vehicles with emergency and safety equipment; and buying new school buses

Proposition B: $56 million in bonds for the district's "technology infrastructure," like computers, tablets and other devices

Looking for the results to another race? Click here.