After 10 years as Fort Worth mayor, Betsy Price finishes her final month on the job

Price, 71, the city's longest-serving mayor, sat down for an interview with WFAA to talk about her time in office 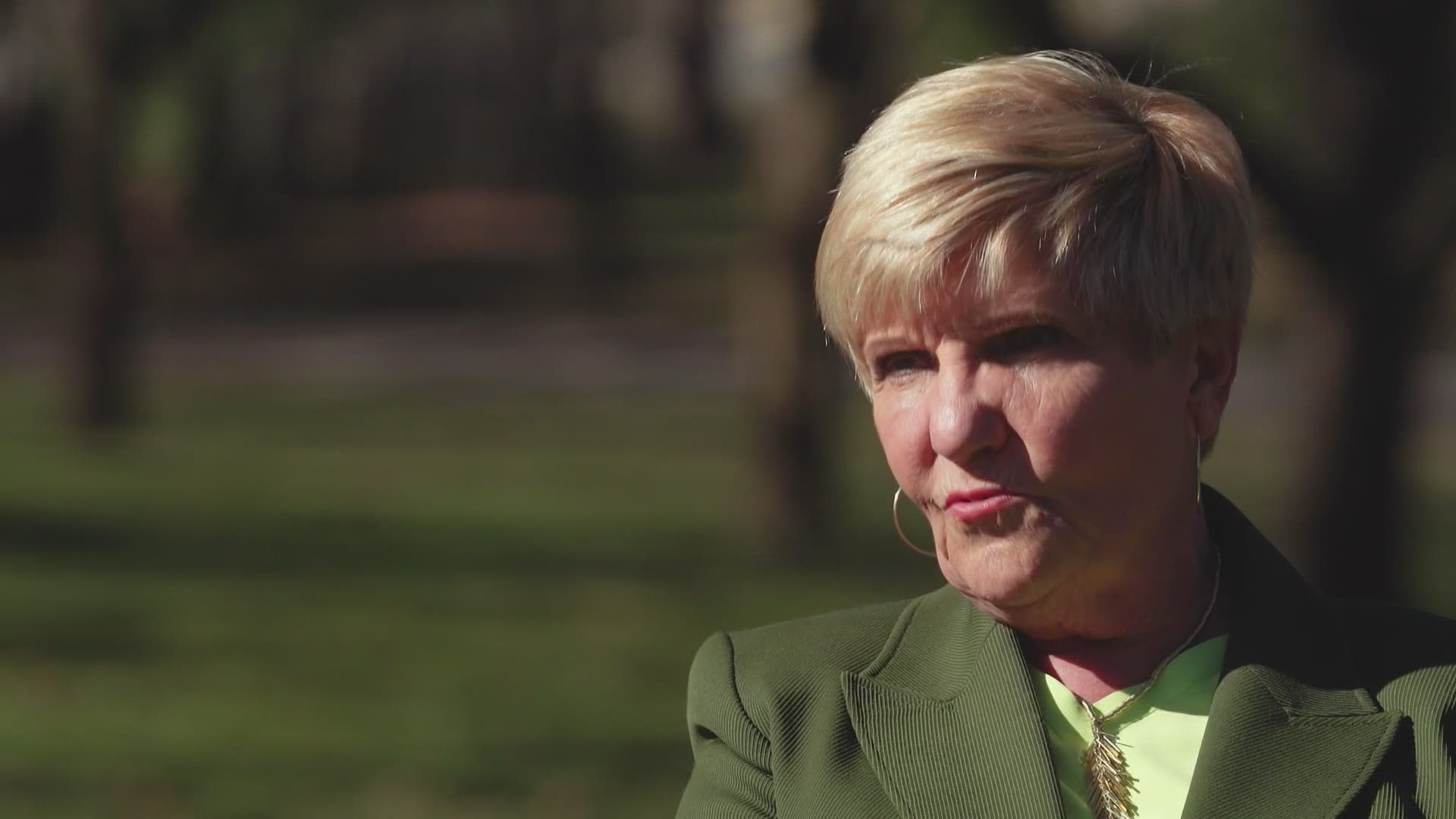 FORT WORTH, Texas — The longest-serving mayor in the Fort Worth’s history, known for her biking and running prowess, has almost reached the finish line of her time in office. Mayor Betsy Price is in the final month on the job, after announcing at the beginning of the year she would not seek re-election.

She has served for 10 years.

“It just went by like that, just in a blink,” the mayor told WFAA during a sit-down interview at the Fort Worth Botanic Gardens.

She said the decision not to run again did not come easily. “It was a really tough decision. And I really did go back and forth, back and forth.

“When I looked at my older two grandsons, who are 12 and 13, and realized they were 2 and 3 when I was elected, and now they're teenagers—I thought, okay, I can't let the other four then get by me,” Price said.

She said she’s proudest of the marks she left on the community with Steer FW, which is a young professionals engagement group; her work on Blue Zones; and Fit Worth, a healthy kids initiative. The health of her constituents has long been a priority, and Fort Worth residents often saw the mayor out on the trails herself.

The city looks different now than when she took office. It’s grown to become the 13th largest in the nation, and is growing still.

“Think about that,” she said. “Dickies, Sundance Square, Chisholm Trail, none of that existed when I first took office.”

The city looks different now for another reason, too: the pandemic. It impacted much of Price’s final year in office, including her own health. She contracted COVID-19 around Thanksgiving.

“The first 48 hours for me, I had a high fever, body aches and chills, but I was able to get that monoclonal antibody treatment,” Price recalled. “And within 24 hours of receiving that, I was good as gold.”

We asked the outgoing mayor if she felt Fort Worth had done the right things in terms of handling COVID-19.

“I do. I think no one has handled this perfectly, because no one's ever experienced this before,” she answered.

There is, however, something Price said she does wish she’d handled differently. It was a now-infamous 2016 incident in which a Fort Worth police officer named William Martin, who is white, became physical with a Black mother and her children, after the mother had called police for help with a neighbor dispute. A Facebook Live video of the incident went viral, and the city’s long-simmering racial tensions reached a boiling point.

“Everybody knew the officer was wrong, what he did, and from the get-go, we knew that,” Price said. “But I don't think we realized… it brought to light the real mistrust that community has. While we knew there were some issues, they were deeper and broader than we really realized.

The mayor says there’s still learning to do in an increasingly diverse city. Thirty-five percent of Fort Worth residents are Hispanic, and nearly 20% are Black.

“I’m still looking at myself every day, and I think we all have to,” Price continued.

There’s still work to do, too. Price is leaving office, but she said she’s not ready to retire.

“I’m not done with service, whether it be on the public side again or whether it'd be on private side,” she said. When asked about the talk of her running for Tarrant County Judge and if she’d entertain it, she said she might.

At 71, she’s also now considering a Half Ironman.

The race to take her place is heating up, too; 10 people are running to become mayor, including two city council members and the mayor's former chief of staff.

“This cannot be about politics. Too often people want to use a high-profile office like this as a steppingstone or building block for their own career. And Fort Worth is too dear and too many precious people here to do that. You better be in this job for the passion and the service,” Price said.

She hopes her legacy is one of engagement.

“I would hope I would be the people's mayor,” Price said. And while the lifelong Fort Worth resident approaches this finish line, it’s clear she’s got plenty of miles ahead.