This comes after the Public Utilities Commission of Texas chose not to eliminate some of the $16 billion that ERCOT erroneously overcharged power companies. 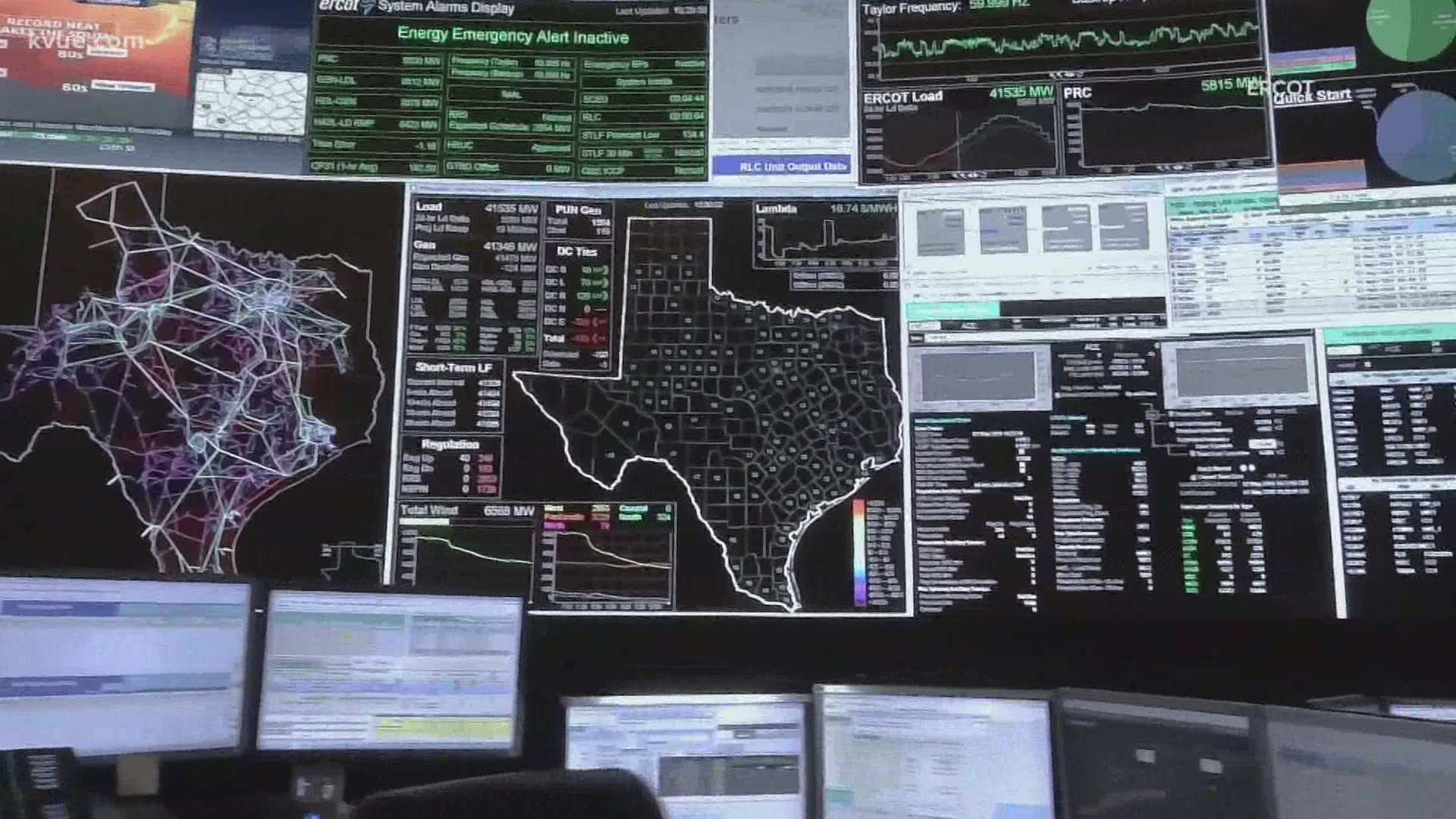 AUSTIN, Texas — Gov. Greg Abbott announced Tuesday night that the correction of any billing errors related to the Electric Reliability Council of Texas (ERCOT) is an emergency item for the 87th Legislature. The emergency item includes any inaccurate excessive charges and any issues regarding ancillary service prices.

Lawmakers may now bring this issue up before Friday, March 12, the end of the first 60 days of the legislative session.

On March 5, The Texas Tribune reported that the Public Utilities Council of Texas (PUC) had the opportunity to eliminate some of the $16 billion that ERCOT erroneously overcharged power companies during February's winter storms, but the PUC board chose not to.

According to Lt. Gov. Dan Patrick's office, PUC ordered ERCOT on Feb. 15 to institute a $9,000 per megawatt-hour cost cap, which is designed to encourage increased power generation during an extreme shortage. However, according to the Independent Market Monitor (IMM), ERCOT incorrectly extended that pricing intervention nearly two days after widespread outages ended late the night of Feb. 17, resulting in the additional $16 billion in charges.

Patrick said the IMM contacted ERCOT on Thursday, Feb. 18, saying the pricing was incorrect, but ERCOT ignored its recommendation. The Tribune reported that the IMM also recommended that the PUC retroactively reduce the market price for power for at least part of the week of the storms, a recommendation that was also ignored.

On March 8, Patrick called on PUC and ERCOT to correct the $16 billion billing error. On Tuesday night, Patrick applauded Abbott's decision to name the issue an emergency item.

"I am glad Gov. Abbott has made correcting ERCOT's two pricing errors an emergency item for this session. Yesterday [March 8] I called on the Texas Public Utilities Commission (PUC) and ERCOT to correct the errors identified by the Independent Market Monitor (IMM) and today 28 Texas senators from both parties made the same request," Patrick said. "This is the right thing to do and it is one important step we can take now to fix what went wrong in the storm.”

WATCH: Ex-ERCOT CEO rejoins agency as a board member

Texas will soon reveal the next groups of people eligible for the vaccine in Phase 1C. Who will be included?

Texans don’t have to prove they’re eligible for the COVID-19 vaccine, and some are jumping the line. Here’s why.