The 25th Amendment, the 14th Amendment and a presidential self-pardon: A constitutional law expert breaks it down

Since a mob of Trump supporters stormed the U.S. Capitol, calls have grown for President Donald Trump to be removed from power. 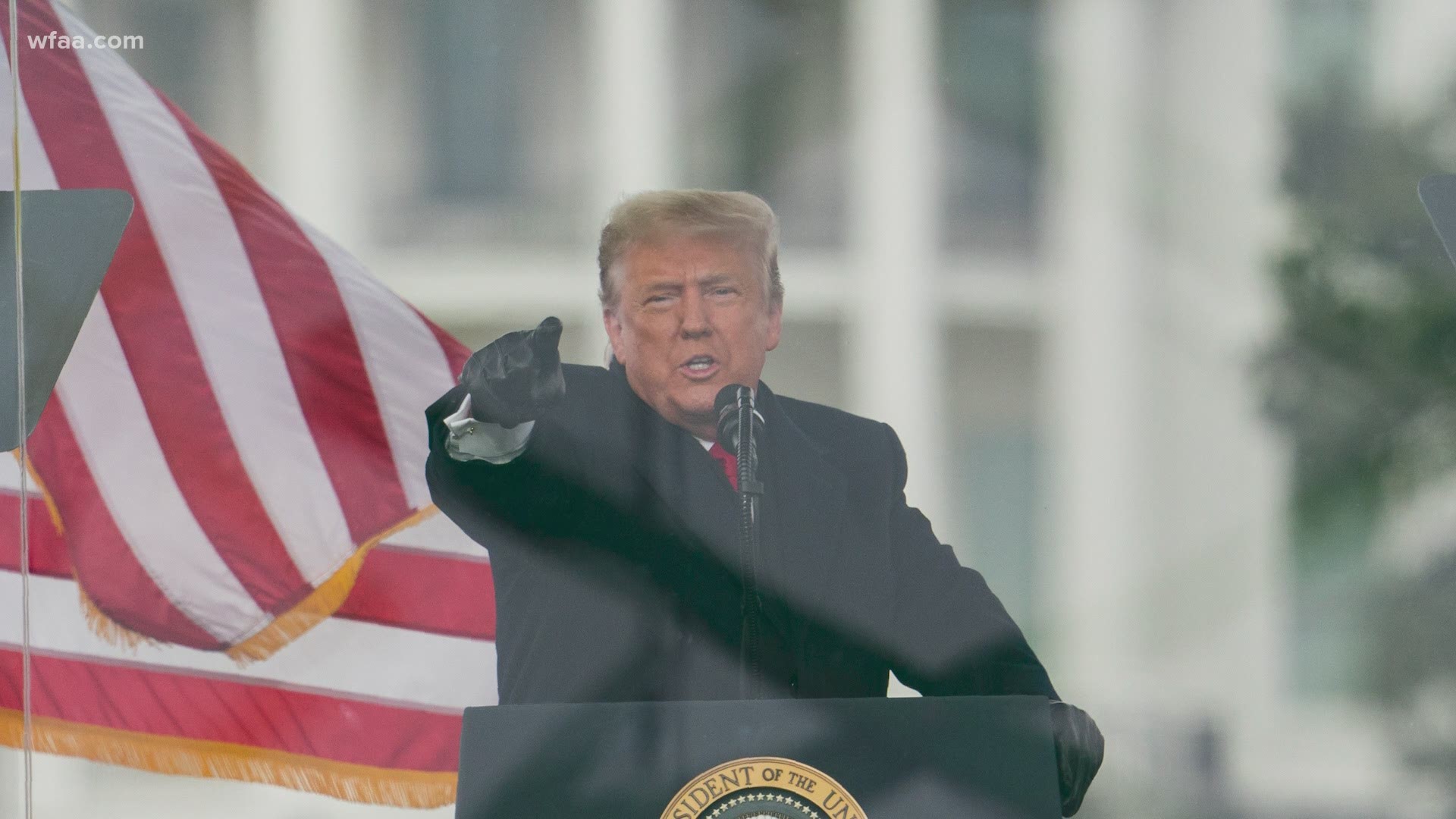 Following the insurrection at the U.S. Capitol, where a mob of Trump supporters stormed the building Wednesday, calls are growing for President Donald Trump to be removed from power by the 25th Amendment.

But what is the 25th Amendment?

Constitutional law expert Stephen Vladeck said it was a response to a “glaring ambiguity” in the U.S. Constitution about what happens when a president is disabled, but not dead.

The assassination of President John F. Kennedy in Dallas motivated Congress to create the 25th Amendment in 1965, with the states ratifying it in 1967.

Vladeck, a University of Texas professor, said most of the 25th “deals with the obvious cases where a president is actually deceased, formalizing what happens in that circumstance. Or a president voluntarily needs to relinquish power because, let’s say, he’s going under general anesthesia for surgery.”

Vladeck joined Y'all-itics to talk about what could happen next and how it would work, covering everything from the 25th Amendment to the 14th Amendment to a presidential pardoning himself.

To listen to this week's episode of Y'all-itics, subscribe wherever you get your podcasts: Apple Podcasts | Google Play | Spotify | Stitcher

But the part of the 25th Amendment that you and I know, the part that is the stuff of fiction and movies, is Section 4.

It allows the vice president and a majority of the Cabinet to remove the president even if he disagrees.

Should Section 4 be invoked, Vladeck said it would start with a letter from the vice president and Cabinet to the speaker of the house and president pro tempore of the Senate stating it’s their determination the president is no longer fit to perform the duties of his office.

“Then the question is, does the president respond with his own letter saying, 'actually, I’m fine,'" Vladeck said. "And the idea there is that if the president doesn’t respond at all, let’s say he’s been incapacitated by some medical issue, then all systems go. The vice president is the acting president even without the president’s consent.”

If the president comes back and disputes his incapacity, then the vice president and Cabinet would have to decide whether to send a second letter.

Vladeck said one of the reasons we haven’t heard a lot about the 25th is because of that onerous requirement of two-thirds approval.

That’s a higher threshold than impeachment, which only requires a majority of the House and two-thirds of the Senate.

Vladeck also explained that only impeachment would prevent a president from running for office again.

“But I think the reason why people are talking about it today is because the 25th Amendment is faster," he said. "If the vice president sent that second letter, then while the House and Senate are figuring out what to do, the vice president’s in charge.”

Vladeck said he never anticipated we’d be having a conversation like this.

But the insurrection at the U.S. Capitol completely changed the calculus, and not just among Democrats.

“A lot of folks who wouldn’t have thought we’d be seriously having this conversation today 24 hours ago, are worried about where we’re going to be 24 hours from now," said Vladeck. "So as of right now when the three of us are chatting about this, do I think one of these things is actually going to go all the way through before the president’s done on the 20th?  Probably not.”

What about the 14th Amendment?

There is some talk about possibly using the 14th Amendment in an attempt to remove President Donald Trump, following the events Wednesday at the U.S. Capitol.

But this chatter isn’t nearly as vocal as conversations involving the 25th Amendment.

University of Texas Constitutional law expert Stephen Vladeck says the 14th is a long shot, as it has never been used before to remove a sitting president.

But there is a provision, Section 3, that basically says a person cannot hold office if they’ve engaged in insurrection or rebellion against the United States.

“The idea is this provision itself ought to, ipso facto, disqualify the President from continuing to hold office,” Vladeck said.

This provision was used after the Civil War to decline to seat confederates in Congress who had been elected from unreconstructed states in the South.

And Vladeck personally feels in our day and age, this action is much more of a stretch than possibly invoking the 25th.

“I don’t think anyone ever thought this would be used to actually oust a sitting President who has been serving for the better part of his entire term.”

Rumors of a presidential self-pardon

There are also reports that Trump is considering pardoning himself.

Vladeck said it’s never been done before, so there’s no precedent to lean on.

He said the general consensus is that it is probably not constitutional and he thinks it might backfire against a president for two reasons.

First, it only absolves him of federal crimes. States would still be able to prosecute criminal charges.

And second, Vladeck said the president would be poking the bear.

“A president who self-pardons is daring his successor to prosecute him because that’s the only way you could ever test the validity of the self-pardon," he explained. "The only way a court would ever be able to decide is if you actually tried to prosecute the president for the thing he pardoned himself for and had a court rule on whether the prosecution could go forward.”