Neighbors told WFAA a woman was suffering from a mental episode when she stabbed her young child and at least one other person. 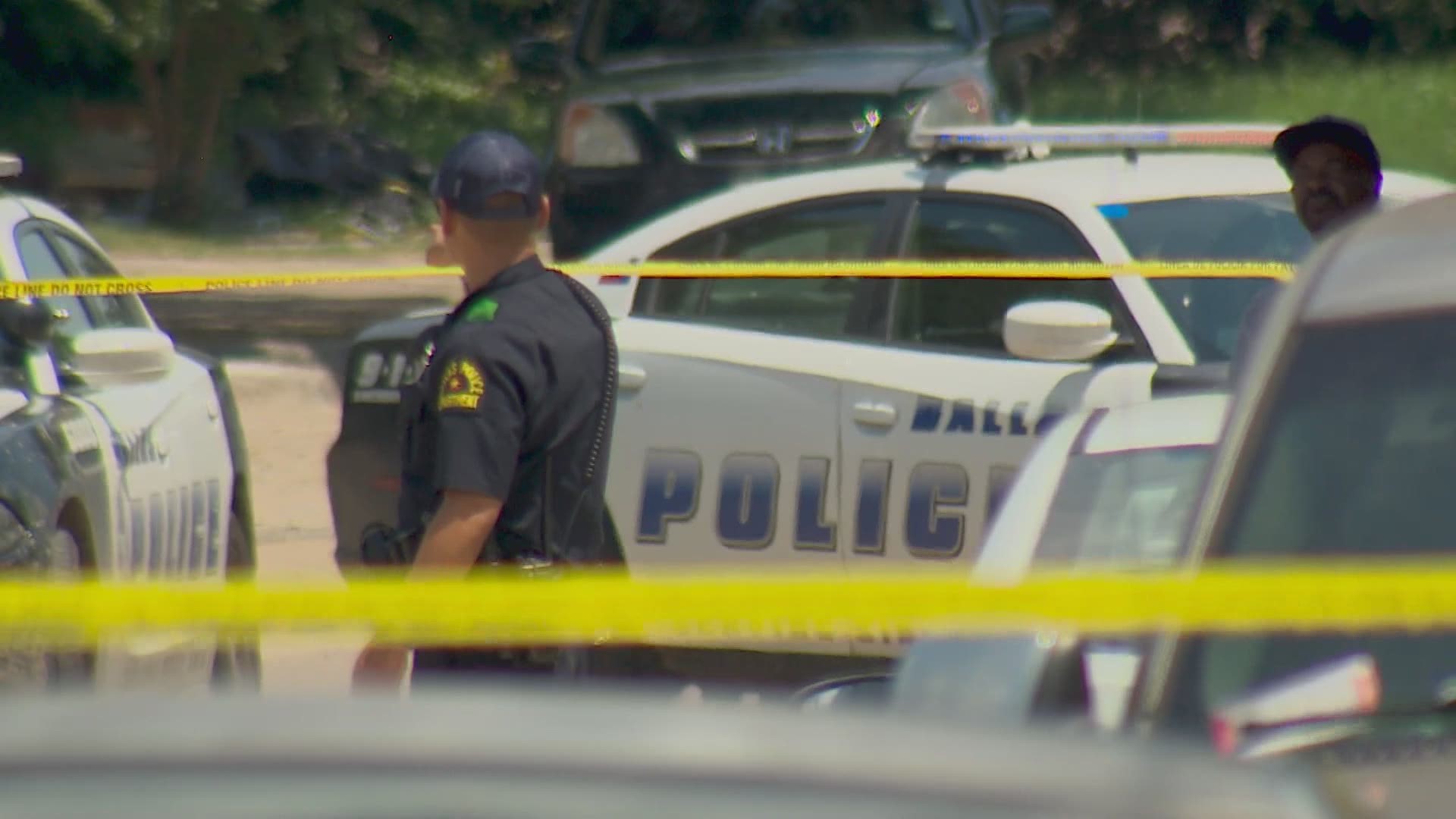 DALLAS — Editor's note: This story has been updated with the suspect's name and charges.

Dallas police are investigating after a child was killed and at least one other person was injured during a stabbing Thursday afternoon. Sources within DPD tell WFAA that the suspect is in custody and is the mother of the child.

At about 1:52 p.m., officers responded to the call, located in 2900 Frazier Street in southeast Dallas, near JJ Craft Park.

Dallas police said that a woman, identified as 24-year-old Troyshaye Mone Hall, allegedly stabbed a male teen and a 7-year-old girl. A witness, who lives inside the home, went to get a neighbor, an off-duty law enforcement officer, to help detain Hall.

After Hall was restrained, the neighbor drove the 7-year-old girl to a nearby fire station, police said. The girl was then taken to a hospital by Dallas Fire-Rescue, where she died of her injuries.

The male teen was also taken to a hospital and is stable, police said.

Hall was taken into custody and was questioned by detectives. She was later charged with capital murder and aggravated assault with a deadly weapon, according to police. She was booked into the Lew Sterrett Justice Center, where bond was set at $1.5 million.

Neighbors and sources told WFAA that the woman suffered from a mental episode and stabbed her young child and the teen neighbor. However, the police did not confirm her mental state during a news conference.

They also didn't share any information regarding the circumstances that lead up to the shooting.

"She stabbed the baby and attempted to stab everybody else," Jeanetta Thomas, who lives nearby the suspect's home, told WFAA. "They were trying to get to the police, through to the police, nobody answered. A neighbor of one of the two tried to call 911. It took an off-duty cop to help him."

During the news conference, police said they would look into the accusations that there was a delay getting to 911.

JUST IN: this is Lamont Levels, the neighbor who called 911 when he was told about the possible stabbings.

He said he couldn’t get through to 911 for a long period of time. @wfaa has covered this issue extensively as the nation faces a dispatcher shortage. pic.twitter.com/Gsf9RybPqO

Lamont Levels, a community activist and former gang member who helps deter children from entering gangs, is one of the neighbors who called 911.

He said he was called after the stabbing by other neighbors to try and get paramedics and police on the scene.

He said he struggled to get another person on the line. WFAA has extensively covered how DPD has struggled to keep a healthy staff of 911 operators.

A source told WFAA that the department was recently down up to 25 operators.

"It's just a horrible occasion right here," Levels said. "The City of Dallas should be ashamed of themselves."

Per a Dallas Police spokesperson, the city started Thursday with 93 homicides compared to 84 at this time last year.

The small child makes that number at least 94 for the year.

Editor's Note: This story has been updated to correct the age of the girl killed from 6 years old, to 7.