Water beads are known to be non-toxic, but they can grow exponentially in water, said pediatric emergency physician Dr. Carey Cribbs 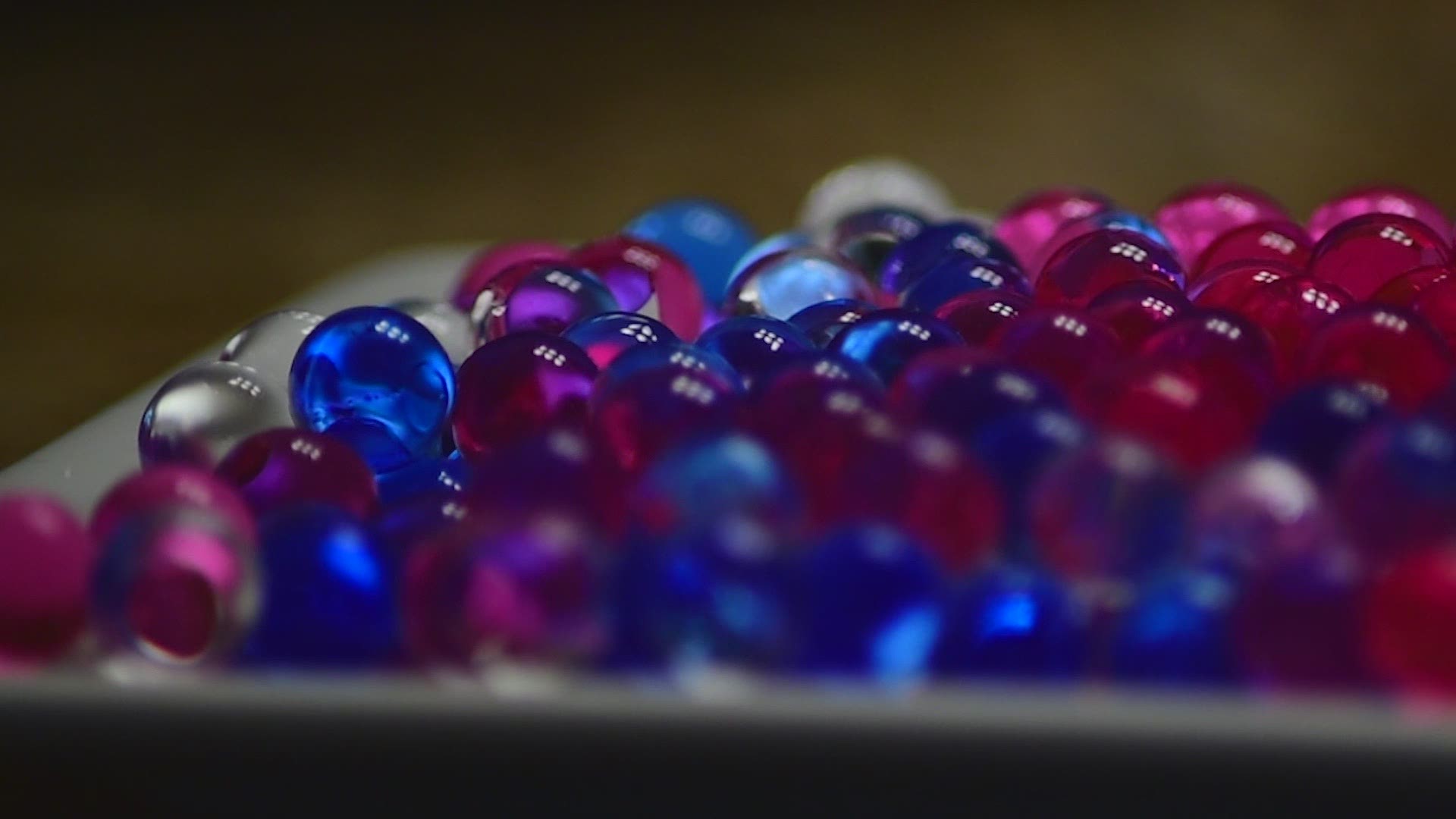 FORT WORTH, Texas — Dr. Carey Cribbs, a pediatric emergency room physician at Cook Children's Medical Center in Fort Worth, calls them "an attractive danger." They're water beads, popular in floral arrangements, foot spas and as sensory toys for children.

"These things are so colorful and attractive to children when I saw a picture of them, I wanted to put one in my mouth and taste it, too," Cribbs said.

The problem is, that's exactly what kids sometimes do: they swallow the colorful, small beads. And Cribbs recently saw how bad that can turn out.

"Just last week we had two toddlers come in that had swallowed the water beads and had them lodged in their intestine," she said.

Usually, the beads pass with no problem. But not in these two instances.

"Both children required major surgery to remove the beads from their intestines," Cribbs said.

So how and why does that happen? The doctor explained.

"They start out as small, kind of squishy, hard little beads and when you put them in water, they expand up to 100 times their size," she said.

The American Academy of Pediatrics has warned about these dangers before, saying in 2016:

"Water-absorbing gel beads sold as children’s toys and used in vases and gardens are a growing problem among young children. The non-toxic water beads are called jelly beads, water orbs, hydro orbs, polymer beads and gel beads. When the tiny hard plastic balls are placed in water, they can grow up to 200 times their size."

The beads are non-toxic, so not poisonous, but come with warnings about not swallowing them and not letting small children play with them.

"When they're swallowed, they aren't dangerous," Cribbs said. "But as they sit in the intestine, they grow and can cause a blockage."

If you're worried your child has swallowed this, keep an eye out for uncontrolled vomiting, gagging, drooling and choking.

Cribbs urges parents to always be aware of all choking hazards, not just water beads.