“It’s pretty serious out there,” President and CEO Julie Butner said. “This next week is going to be absolutely critical to getting food out into the community.” 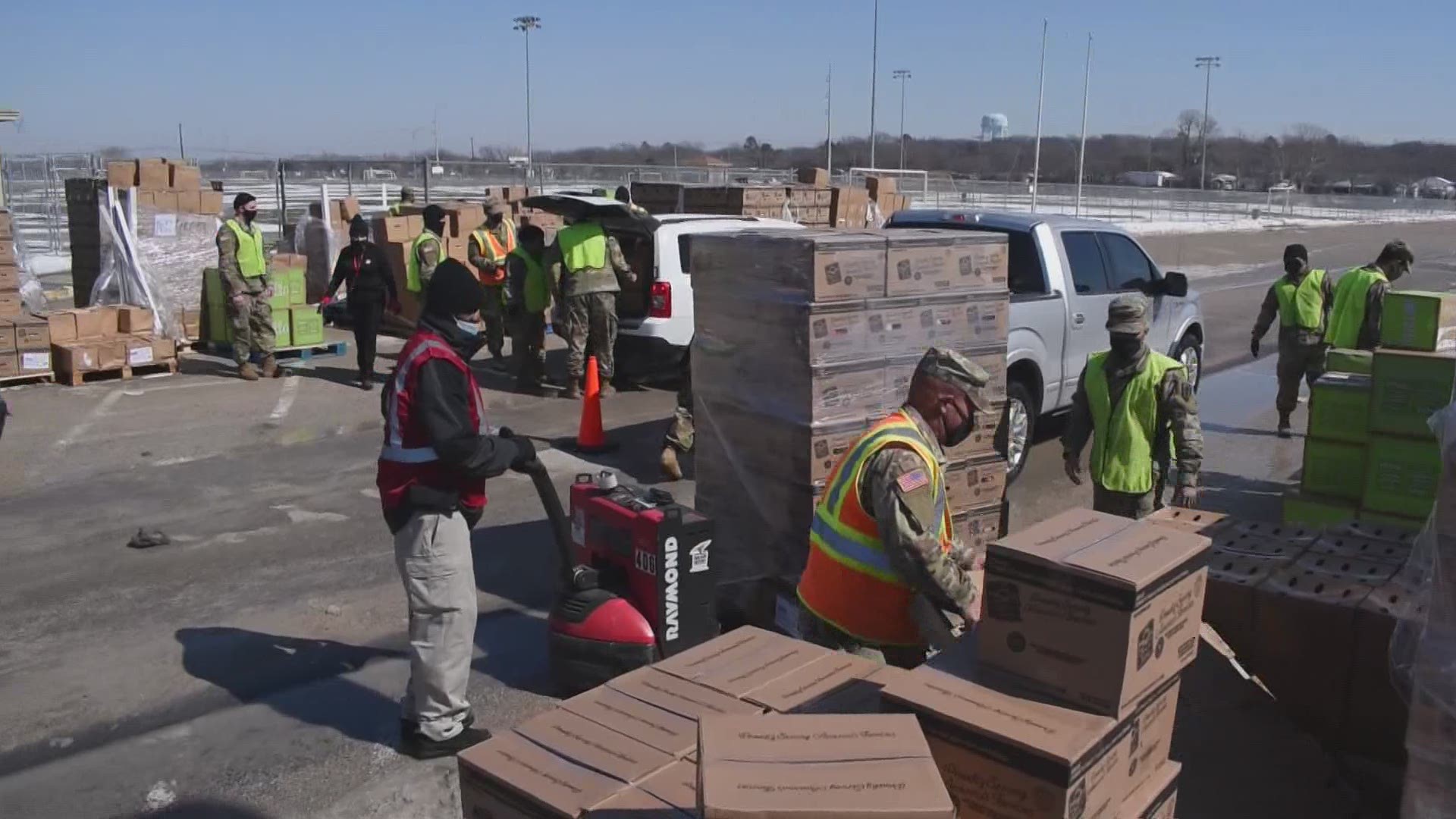 FORT WORTH, Texas — The temperatures are rising and the sun is out, but the troubles are far from over at New Mount Rose Missionary Baptist Church, where burst pipes caused caved-in ceilings and flooded floors.

Normally, on Fridays the church gives food out to those in need, but the damages put those plans on hold, said Tatum.

He also found out on Thursday the provider who usually supplies the food wouldn’t deliver any this week, perhaps even longer.

“It just breaks our heart that we don’t have access to what we need to be able to help our brothers and our neighbors,” said Tatum.

Close to 3,500 families lined up at Herman Clark Stadium Friday for Tarrant Area Food Bank’s Mega Mobile Market, where volunteers loaded about 70 lbs. of groceries for each family.

“It’s pretty serious out there,” President and CEO Julie Butner said. “This next week is going to be absolutely critical to getting food out into the community.”

Families drove off with enough groceries to last a few days, but for families in the East Fort Worth neighborhood served by Tatum’s church, driving isn’t always an option.

“Sometimes they don’t have the transportation to go over there,” Tatum said. “People drive up on bicycles or have wagons or some walk just to get food.”

Now, when their need is greatest, the church’s ability to help them is at its lowest.