Jose Antonio Navarro is one of the most important and influential Texas patriots who helped the state gain its independence. And his memory is anything but forgotten 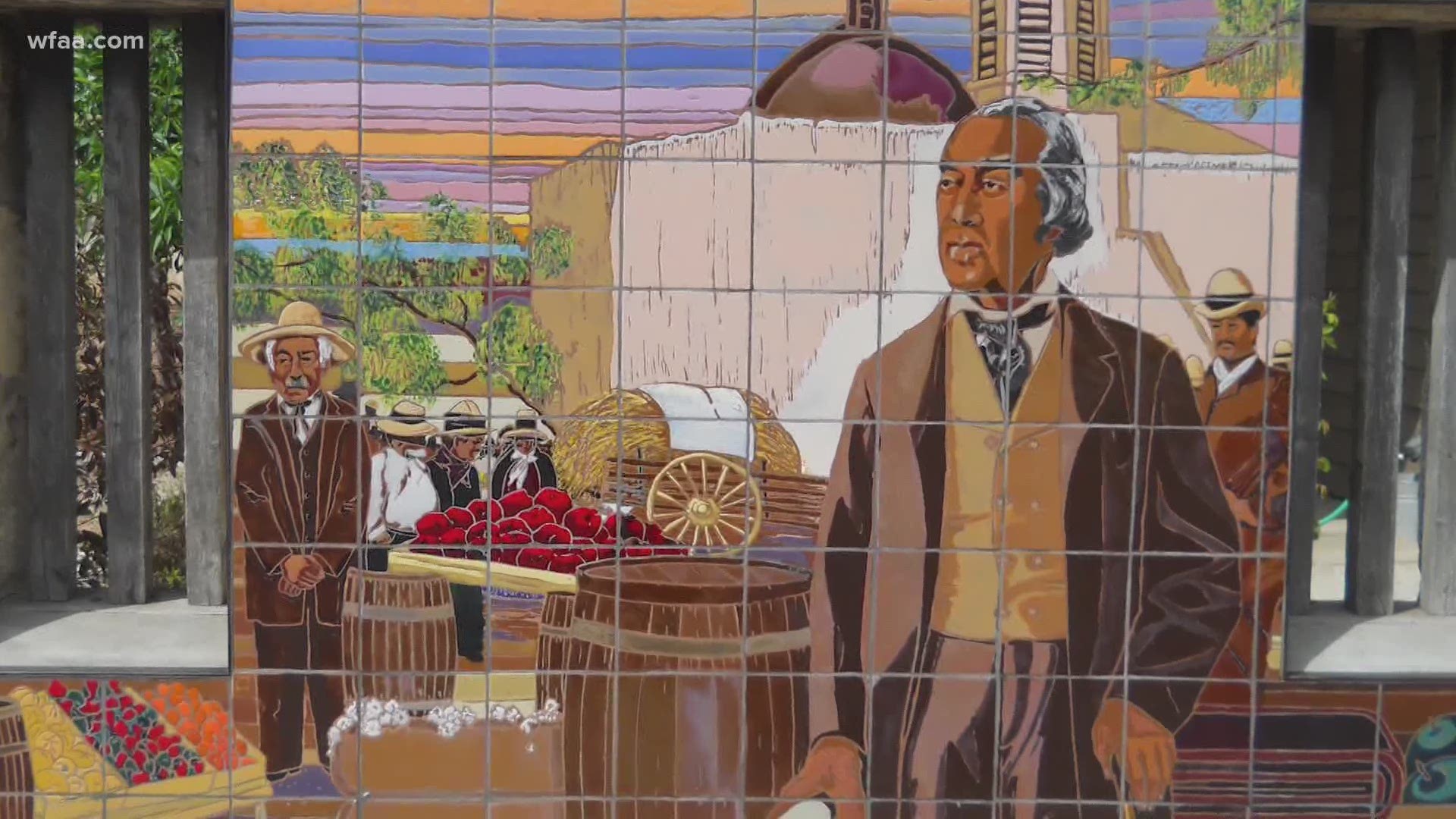 Tejano Jose Antonio Navarro helped write the constitution that gave Texas its independence and eventually made it the 28th state of the United States.

The son of Ángel Navarro and Josefa María Ruiz y Peña, Navarro was born in the Viceroyalty of New Spain on Febraury 27, 1795. This area is now known as San Antonio.

Navarro had political roots in the family and 11 siblings. Navarro taught himself law and built himself up into a successful merchant, rancher and land investor.

Credit: Sylvia Navarro Tillotson
You can find pictures and portraits of Navarro in many historical centers and museums throughout the state of Texas.

Navarro served as a leader in the Texas Revolution in the early 1830s. While many of his friends and peers fought at the Battle of the Alamo, Navarro was at Washington on the Brazos working to bring Texas its independence.

Not only was Navarro the only native Texan to serve on the committee that wrote the Constitution for the Republic of Texas, he was one of only two native Texans who helped draft and sign the Texas Declaration of Independence.

Credit: Texas State Library and Archives Commission
Mirabeau Buonaparte Lamar writes a letter to Jose Antonio Navarro, asking him to be a part of the Sante Fe Expedition of 1841.

Navarro initially didn't like the plan, but many believe Lamar played on Navarro's devotion to Texas to convince him to take the journey.

The plan not only fell apart, it was a disaster.

Navarro and other members were captured and taken prisoners by the Mexican authorities. Navarro underwent intense interrogations. He was offered a government position if he would renounce his allegiance to Texas.

Navarro wouldn't do it.

He said something that is now found on the entrance wall of Texas' official history museum, the Bob Bullock museum. He proclaimed, "I have sworn to be a Texan, I shall not forswear."

Navarro was convicted of treason and sentenced to death before the Military Supreme Court overturned the verdict and sentenced him to life in prison. He was transferred to the most dreaded prison in Vera Cruz, more commonly known as a prison of "living death."

After four years in this dungeon, Navarro escaped.

Some stories tell of a miraculous escape, but it is most likely that family and friends bribed the prison guards to free him.

It was around this time Navarro got the nickname "The White Dove," being regarded as a man of peace who escaped death and prison.

Navarro wrote pieces that capture the history of what Texas was and what it became. He is considered the first Tejano to write about the history of Texas.

He also saw the need to correct the versions of local history that ignored, diminished or incorrectly reported the historical contributions of Tejanos.

Navarro eventually retired and lived full time in San Antonio, near where he was born. He eventually died in 1871.

Credit: Sylvia Navarro Tillotson
For the first time in 1960, Navarro descendants gathered to celebrate his birthday.

With more than 500 Navarro descendants throughout Texas and other states, there are plenty of things named after him like at Navarro Street in San Antonio and the Navarro School House also in San Antonio.

In North Texas, Navarro County is named after him. Corsicana, a city within the county, is named in memory of his father's birthplace of Corsica. In 1936, the Texas Centennial Commission placed this large bronze statue of Navarro that sits in front of the Corsicana courthouse.

The nonprofit, The Friends of Casa Navarro, was founded by his great-great-granddaughter Sylvia Navarro Tillotson in 2006. This organization is dedicated to enhancing the profile, legacy and accomplishments of the Navarro name.

While the group makes sure to celebrate his birthday every year with people coming from around the state and country, they also are focused on scholarships for the younger generations.